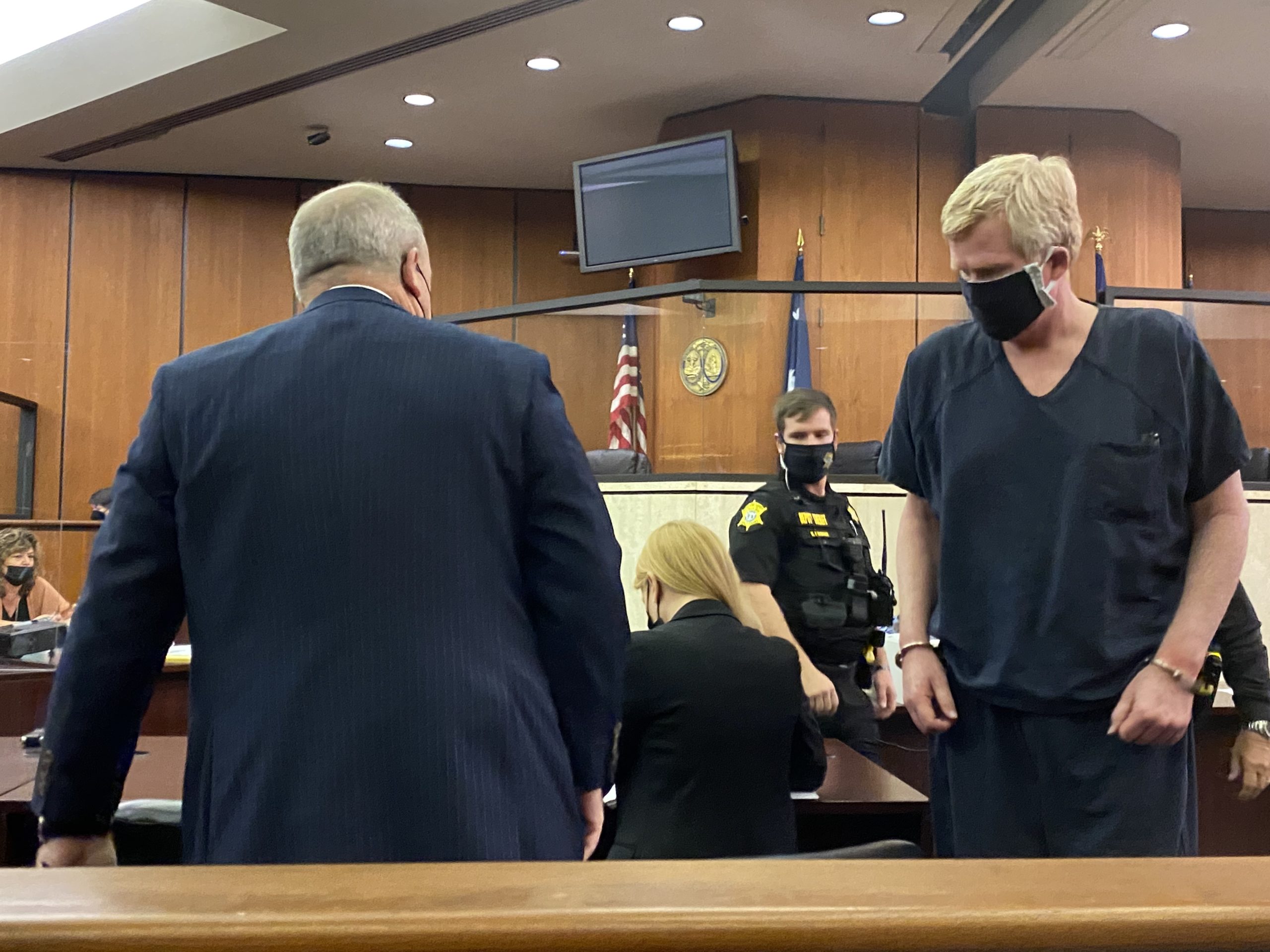 Editor’s Note: This is a news analysis based on three years of interviews, research and other reporting.

For his entire life, Alex Murdaugh has believed he is special.

It is what he was taught from birth; and it’s a lesson he and his wife, Maggie, happily passed onto their sons from day one.

“You are a Murdaugh.”

This meant they — the multigenerational “they” — were entitled to take whatever they wanted, and everyone around them had to acquiesce.

When the boys wanted to act rough with the other kids, well, the other kids’ parents just had to accept that … or move to another town, which they apparently sometimes did.

If the boys wanted to come to class late, the teachers had to look the other way or suffer the consequence of fearing for their jobs.

When the boys — and men — wanted to run away from the scene of a crime, well, they had plenty of people in place to help silently clean up the mess before anyone knew what happened.

This is the reality of living in Murdaugh Country.


Being a Murdaugh has meant that the law applies to others (meaning, you) but not them.

It has meant that “whatever they get themselves into, they will get themselves out of,” as one of the 2019 boat crash victims put it — the one who (quite understandably) feared that the Murdaughs and law enforcement were conspiring to set him up to take the fall for Paul Murdaugh.

It is a legacy that has been reinforced time and again by the criminal justice system — of which they had been a significant part of for more than 100 years until Alex’s comedy of errors on Labor Day weekend. It is a legacy accepted by the Hampton County community, which, by consequence and maybe even design, could never afford to challenge them anyway.

After the boat crash, and Paul’s three felony Boating Under the Influence charges, the state started to see some fissures in the Murdaugh Family Fortress, but there weren’t any meaningful cracks in the structure. It still stood. It was still effective.

Few in the Lowcountry seemed to believe Paul would ever see prison time for his alleged crimes. In fact, most understood that his attorneys (the same ones his Daddy now needs) were going to push and push and push his case forward until it fell off a cliff and onto the piles of pillows waiting for Paul at the bottom.

And now here we are.

From the moment Maggie Murdaugh and Paul Murdaugh took their last breaths in June, South Carolina’s criminal justice system was in big trouble — regardless of whether Alex ever became a “person of interest” (as he did) with strong and direct physical evidence tying him to their murders (which there is).

So far, those at the helm of the state’s Attorney General’s Office and South Carolina Law Enforcement Division seem to be doing a solid job of battling back the clown nonsense coming from the Murdaugh camp.

However, the situation is precarious. At any moment, the behind-the-scenes jiggery-pokery that has worked in the past threatens to score a win.

The needle on the “Murdaughs Are Special Meter” might finally be unstuck but it’s been hovering.

Today we will see whether it finally crosses the midpoint toward “Not Anymore.”

At 2 p.m. today, the Honorable Alison Lee, the presiding judge of the state grand jury, will consider Murdaugh’s motion to reduce his bond from $7 million to something that a humble, well-exercised and mildly but still passively apologetic man with “less than $10,000” to his name can afford.

Alex is entitled to a lower bond because … well, he just is, his attorneys state Sen. Dick Harpootlian and Jim Griffin have basically said.

Setting a bond higher than a defendant can afford is tantamount to “no bond,” they argued. And Sir Murdaugh — the man whose own attorneys have labeled as a guilty thief from the beginning — cannot even pay his phone bills with the less than $10,000 in his bank account.

The same attorneys who chirpily admitted that their client had stolen $10 million and is a 20-year suicidal opiate addict, back when it served their narrative in September, now want us to play their same game of pretend.

They now want us — and the judge — to treat their client as if he is a mentally healthy man who has changed so much over three months that he will unfailingly honor his word and return to the court to be judged for the 48 charges he faces for allegedly stealing more than $6.2 million from former clients.

When Judge Lee makes her decision, I hope she takes the following into account …

— Alex can’t be trusted. At the last hearing, Harpootlian and Griffin said Murdaugh’s alleged victims had been made “whole.” They said this because they wanted the court and the public to believe that things were being made right … that their client had simply screwed up (oopsy!) and the broken fences were now being mended. This has proven to be demonstrably false. Misrepresenting the truth, whether they intended to or not, to win the judge’s favor is offensive. As we all now know, they tried to play her …

— Alex is absolutely a danger. Some of his alleged victims have already reported being harassed for coming forward by members of Alex’s former law firm. According to several sources, there are likely dozens and dozens and dozens (some even say hundreds) of former clients whose settlement money was allegedly taken by Alex. And let’s not forget the cultural baked-in fear the community has of crossing a Murdaugh. Victims need to be protected from being hurt, tricked, coerced or shamed.

— Alex is a flight risk. Though his attorneys are now using the court-appointed receivership and frozen assets as evidence Alex won’t cause trouble on the outside — and want us to believe he doesn’t have the money to flee — we’re not stupid. The prosecution said it themselves. We don’t know where all the money is. But we do know that for years, Alex’s “associates” were turning millions in allegedly stolen money into untraceable cash. Not for nothing, we also know Alex has access to power, money and private planes.

— Alex is a fixer. Remember after the boat crash, all those phone calls he made on his way to the hospital? Remember how he went room to room to help the kids get their stories straight? Remember after his Labor Day acting debut when medical personnel noted on his intake form that he was constantly on the phone?

According to those who knew Alex Murdaugh well, when it comes down to getting what he wants, Alex does not care about inconveniencing people or putting them in terrible situations. The state of South Carolina is better served when Alex Murdaugh is in an environment where his phone calls are being recorded (the ones made on the jail phones anyway … ahem).

Also, can we talk about what happened at the last hearing? In his sixth-grade essay of a monologue, Alex appeared to be signaling not only to his friends but to PAUL’S FRIENDS. Why do I think this was “signaling”? Again, Alex is a fixer and this makes every word out of his mouth suspect. Why his friends? Probably to help clear their names, but maybe also to let them know “Hey. I ain’t ratted on you yet.” Why Paul’s friends? Hmmm. What secrets could they be holding onto? Puzzler.

— Alex does not give up. Sources have repeatedly told us that more indictments are coming. They have also told us that we will soon start to see indictments for his alleged co-conspirators. Alex’s attorneys have unflatteringly bent themselves into every letter of the alphabet trying to get him sprung. It would seem like the $7 million bond order from Judge Lee last month would’ve been a good stopping point for Alex, a nice little respite from the lies and the temptations of money and drugs.

But, let’s face it, if Alex Murdaugh had been around for the sinking of the Titanic, he’d be the guy in a bonnet who would have been pushing people out of his way to get a seat on the lifeboats reserved for the women and children.

In other words, Alex Murdaugh REALLY wants to get out of jail.

And this means one thing only: We REALLY shouldn’t let him.