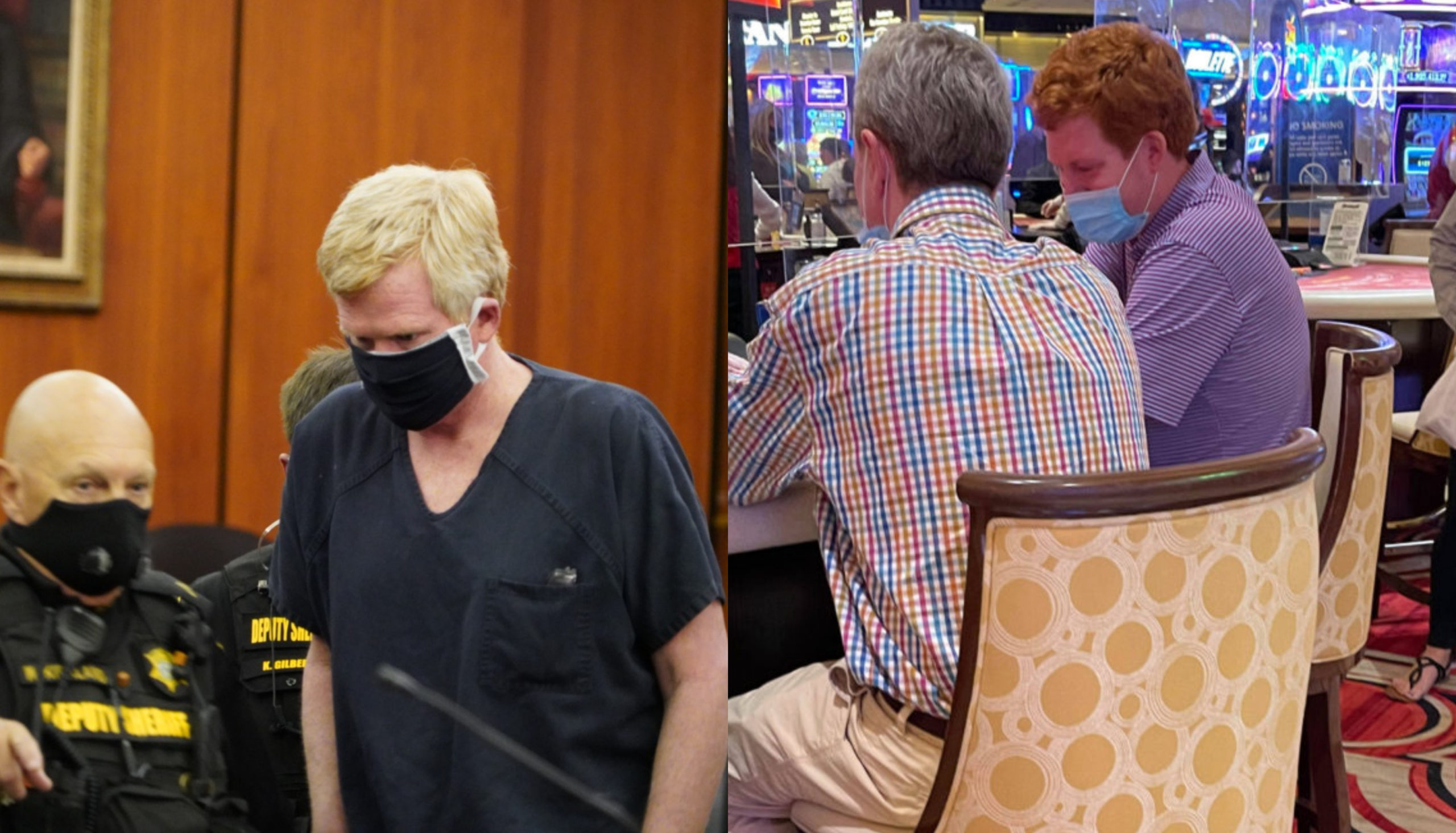 Alex Murdaugh’s attorneys — the ones being paid by the boat insurance, not the ones getting that Miracle Murdaugh Money (which appears and disappears depending on the point being made … or the blackjack table being played) — filed a motion last Friday asking a judge to rethink his November decision to temporarily freeze Alex’s assets and allow co-receivers to conduct a thorough accounting of Alex’s apparently few but also many pennies.

Sorry. Are you confused?

I don’t know why anyone would be. The arguments and assertions Alex’s lawyers have been making lately are so consistent, logical and not at all perpetually inflating balloon-animals of truth.

I’ll simplify it: Alex Murdaugh doesn’t not have any money … but if he did have the money that he doesn’t have (because that’s a lot of oxy, Dick!) then he shouldn’t not have access to the money he doesn’t have because he has expenses. For example: He has to pay the bond he was never granted, the health insurance he doesn’t need to use right now (it’s a jail HOUSE!), the attorneys who are being paid but are also not being paid — and, oh, Baby Buster needs to eat!

I know. Hunters who can’t catch their own dinner but who also have a “hunting lodge” (SMH) … clearly it would be more intellectually honest if they started referring to it as their “unsolved double homicide estate.”

To further clown-ify matters in the ongoing ‘Murdaugh Murders Saga(s),’ Alex’s two fancier attorneys — the ones being paid but also not being paid — filed a motion in the Gloria Satterfield case Wednesday that, in summary, said “Bababooey!”


Imagine having the skills to turn a legal filing into a literal prank call on a judge. These two are well worth the money they aren’t being paid … but are also being paid.

Alex, they argue, should be dropped from the lawsuit in which he’s accused of stealing millions of dollars from his deceased housekeeper’s two boys.  He shouldn’t have to pay the boys back for that stolen money, the Fancies assert, because the boys already got paid big-dollar dollar bills by the alleged co-conspirators, sonnnnnn.

Alex: What was my maid’s name again?

Fancy Lawyer No. 2: Mr. Alex, are you OK? Are your exit and entry wounds hurting?

Alex: My what now? Oh right. No. I was just thinking. You need to find a way to get me out of here. I thought the state said they were putting their “best” judge on this case?!? I mean, hello … this isn’t “best judge” behavior.

Fancy Lawyer No. 1: The state Supreme Court is looking into it. Your PR firm has also written some mighty fine scripts to help us get the public on your side. This one here is based on “Brewster’s Millions.” This other one … it’s a take on “Not Without My Father” — or would you like to do something a little more endearing, like “Sister Act”?

Alex: Listen to me! I’m not paying you to be in this judicial hellhole, where I’m called Jessica Rabbit and “Landry” all day, where they call me the “trip and fall lawyer” and then make me trip and fall …

Fancy Lawyer No. 2: Yes, you are definitely NOT paying us to do that.

Fancy Lawyer No. 1: You’re also not NOT paying us.

Alex: I need to talk to the maid’s sons immediately.

Alex: Y’all, it’s not what you think. I just … there’s an investment opportunity. I want to help those sweet orphans buy an island in Beaufort County! It’s an adorable little lookout … close to the highway.

Just to be clear: That is not an actual transcript of their conversation.

The absurdity of Alex Murdaugh’s defense teams can be summed up by the juxtaposition of these two facts:

I get the legal nuances of their argument. I do. But what are we doing here, South Carolina?

When someone is legally, morally, emotionally, almost literally painted into a corner, must we constantly be subjected to video clips of them walking through the paint?

Attached to the 2019 fatal boat crash is a very serious ongoing obstruction of justice inquiry by the state grand jury that alleges Alex, law enforcement officers and perhaps even other members of the Murdaugh family, sought to influence the investigation into who was driving the boat that night.

On Labor Day, Alex was … well, something happened involving a gun, a Band-aid and a medical air lift that appeared out of nowhere, like a PVC pipe stuffed with cash hanging off the end of a fishing line.

What actually happened to Alex that day doesn’t matter as much as this: He confessed to something fraudulent and deceitful.

FITSNews’ own research involving thousands of pages of public documents and screenshots (some of which have disappeared from government websites, by the way) is pointing to a large-scale, likely criminal, movement of monies involving several individuals who appear to have been aided and abetted by the very people we’re supposed to trust are on the right side of the law and our court system.

And that’s why judge Daniel Hall was right to grant the receivership and temporary injunction.

Finally, a timeout. Finally, a chance at accountability and some answers for those who have been wronged.