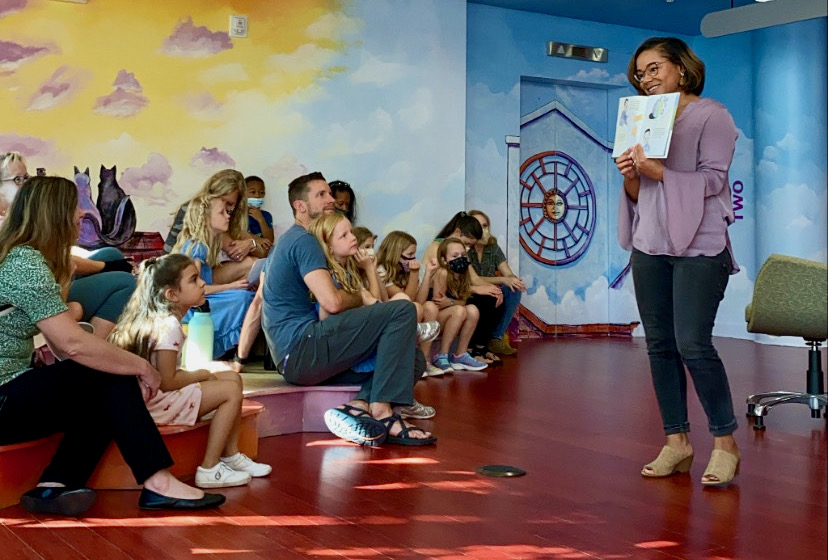 A uniformed officer of the Simpsonville, South Carolina police department was denied access to an Upstate children’s museum on Saturday morning because she was carrying her service weapon with her in violation of the facility’s strict anti-firearm policy.

Jessica Eskew took to social media on Saturday evening to provide her version of what transpired when she visited the The Children’s Museum of the Upstate.

Eskew – who bakes cakes in her spare time – said she was at the museum to deliver a cake for her three-year-old niece’s birthday party.

“When I walked in the door no one would address me let alone look my way,” Eskew wrote. “Even had people behind me in line going around me. Then I had a woman name Cindy walk up to me and say I couldn’t be in their establishment.”

According to Eskew, museum staff told her she “wasn’t allowed (inside) with my firearm even with my uniform on.”

“I asked what they did if they needed law enforcement she advised me they ONLY want them in that building when (they are) called for a reason,” Eskew wrote. “My niece then came outside to see me before I went to work. She asked me to come in because she wanted me to come to her party which was my intention all along (but) I told her I couldn’t. (Her) heart was broken and she started to cry.”

“I just wanted to let everyone know how anti-police and anti-guns this establishment was,” Eskew (above) wrote. “Then on top of (that) how extremely disrespectful they were about the whole situation.”

Eskew’s post unleashed torrents of criticism, with one Upstate resident noting how their family “won’t be visiting” the museum in the future.

Another resident wrote to the organization directly, informing its leaders that such an anti-law enforcement policy made the facility “unsafe.”

“We regret that your organization has sunk so low as to make the museum unsafe for the general public – in addition to lowering public safety officers to the level of armed criminals … or lower,” the author wrote. “Quite frankly, your actions make us sick. We will no longer visit or support your organization again.”

“Let’s boycott this place (un)til they realize the mistake they made,” one of Eskew’s colleagues in law enforcement noted.

So … what does the museum have to say for itself?

Obviously there are two sides to every story (at least), but in this case the museum essentially confirmed the substance of Eskew’s complaint.

“The Children’s Museum of the Upstate has tremendous respect for all law enforcement officers,” a statement from the facility noted. “However, the museum has a strict no weapons policy in any museum space. This same no weapons policy applies to any law enforcement officer visiting the museum for personal reasons, and was thus communicated (to Eskew) at the admissions desk at the time of arrival today.”

South Carolina’s new open carry law – which went into effect on August 15 – has sparked debate in the Palmetto State over the extent to which businesses can ban guns on their premises. Basically, citizens and business owners are free to prohibit the carrying of weapons (concealed or otherwise) on their property – specifically by posting a ‘NO CONCEALABLE WEAPONS ALLOWED’ sign.

The presence of such a sign “shall constitute notice to a person holding a permit issued pursuant to this article that the employer, owner, or person in legal possession or control requests that concealable weapons, whether concealed or openly carried, not be brought upon the premises or into the work place.”

I support the right of individuals and businesses to prohibit firearms on their private property … however, sworn law enforcement officers carrying their service weapons while in uniform would seem to me to be an obvious exception. In my view, the presence of such officers enhances public safety on these premises … and while the museum may have been technically within its rights to ask Eskew to leave, its staff demonstrated colossally bad judgment in its handling of the situation.