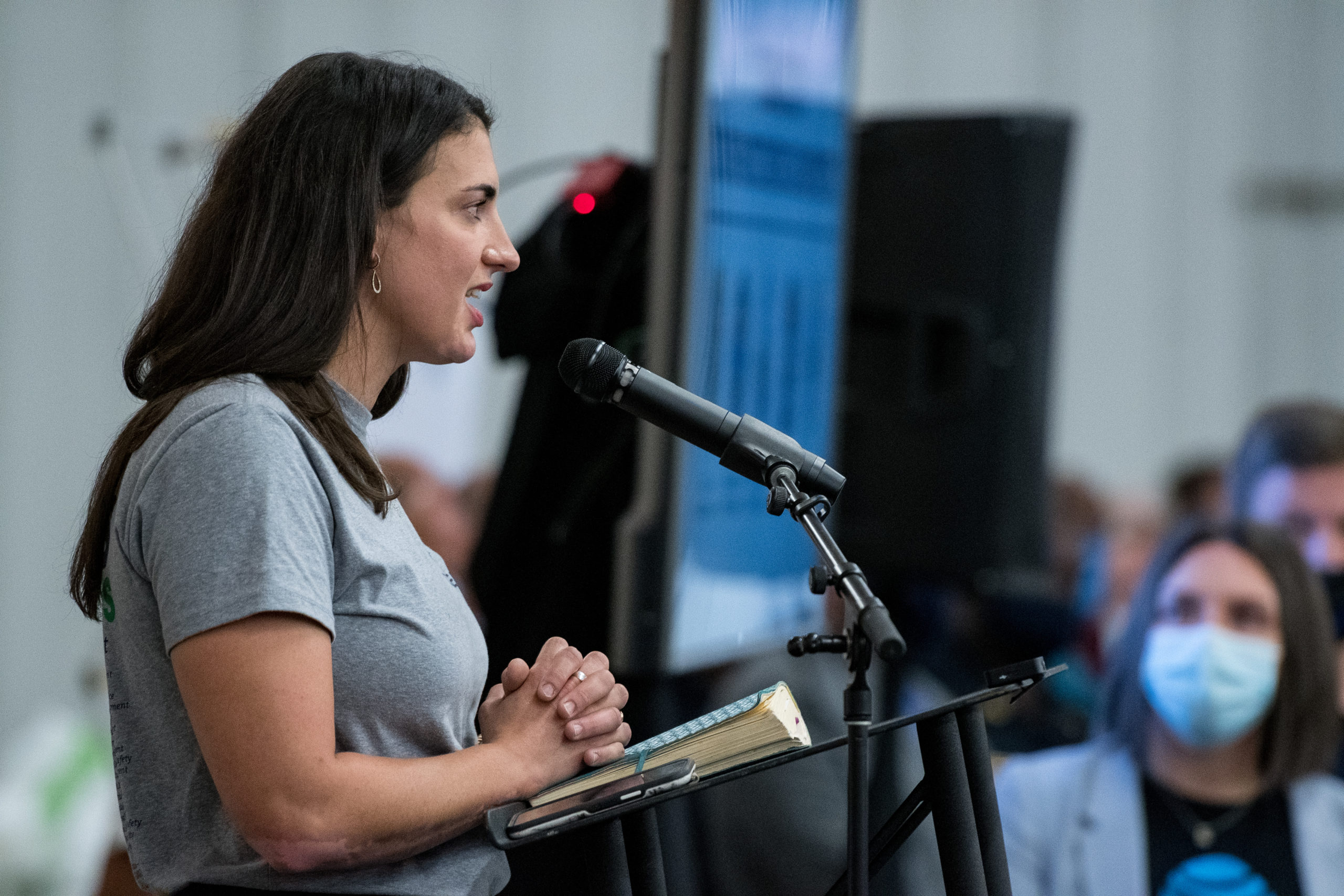 Last month, we saw yet another wonderful example of how Serve & Connect helps the families of law enforcement officers who are killed or wounded in the line of duty. Readers will recall the Columbia, South Carolina-based charity founded a memorial fund to raise money for the family of fallen Lake City police lieutenant John Stewart, who was killed during a police pursuit in Florence county on September 17, 2021.

As I noted at the time, Serve & Connect has raised more than $730,000 for families of fallen law enforcement officers in South Carolina since 2015 – although this is just one facet of its operations.

Earlier this week, the group held a block party in the Capital Heights community of Columbia, S.C. to honor the memory of Knowledge Sims – a seven-year-old boy who was killed in the neighborhood during an April 29, 2020 drive-by shooting.

The group’s founder, Kassy Alia Ray, knows better than anyone just how quickly – and tragically – things can go wrong along this delicate demarcation line.

(Via: John A. Carlos II via Serve & Connect)

Alia Ray (above, left) founded Serve & Connect after her husband Greg Alia, a Forest Acres, S.C. police officer, was shot and killed in the line of duty on the morning of September 30, 2015. Alia left behind not only his beautiful wife but the couple’s then-six-month-old son, Sal.

My news outlet has covered Serve & Connect’s work frequently in the past, but last year – in the aftermath of the killing of George Floyd in Minneapolis, Minnesota – I sat down with Alia Ray for a more extensive conversation.

In case you missed that exchange, you can read it by clicking here.

A big part of achieving this connectivity comes via the group’s “Greg’s Groceries” program – which has dramatically ramped up its statewide presence over the last year to include more than three dozen law enforcement agencies. This program – which recently received a $125,000 contribution from AT&T and FirstNet – provides participating law enforcement agencies with boxes of non-perishable food to “hand out to people experiencing hunger,” according to Alia Ray.

At an event on Thursday at the S.C. Criminal Justice Academy (SCCJA), dozens of police agencies gathered together to pack more than 1,600 boxes of food – a new daily record for the program.

(Via: John A. Carlos II via Serve & Connect)

“SLED is honored to partner with Serve & Connect in a continued effort to support community policing in South Carolina,”Keel said. “Our community relations agents are integrated in communities across the state to provide support to local agencies and the communities they serve. Serve & Connect provides the necessary tools, especially Greg’s Groceries, to assist our efforts in bringing the community and police together.”

Keel and city of Columbia, S.C. police chief Skip Holbrook are among the group’s top law enforcement supporters. In fact, Holbrook received a special shout-out from Alia Ray at the event earlier this week.

“This program would not be without you,” Alia Ray tweeted this week. “You have been there since day one and we are so beyond thankful for your continued leadership and partnership!”

Serve & Connect has also made it a priority to partner with multiple smaller, rural law enforcement agencies, too. In fact, one of its newest partners is the police department in Nichols, S.C., a town of approximately 300 people located in impoverished Marion county. Nichols police chief Reggie Brown made the trip to Columbia this week to participate in Serve & Connect’s event, and made his way back to the Pee Dee with a patrol car full of food to hand out to needy families.

I have said it before, I will say it again: Alia Ray and her group are doing the Lord’s work. They are a definitional force for good, and the good they are doing is needed now more than ever amid a rising tide of violence in our communities.

Want to support Serve & Connect? Visit the group’s website here to learn how …