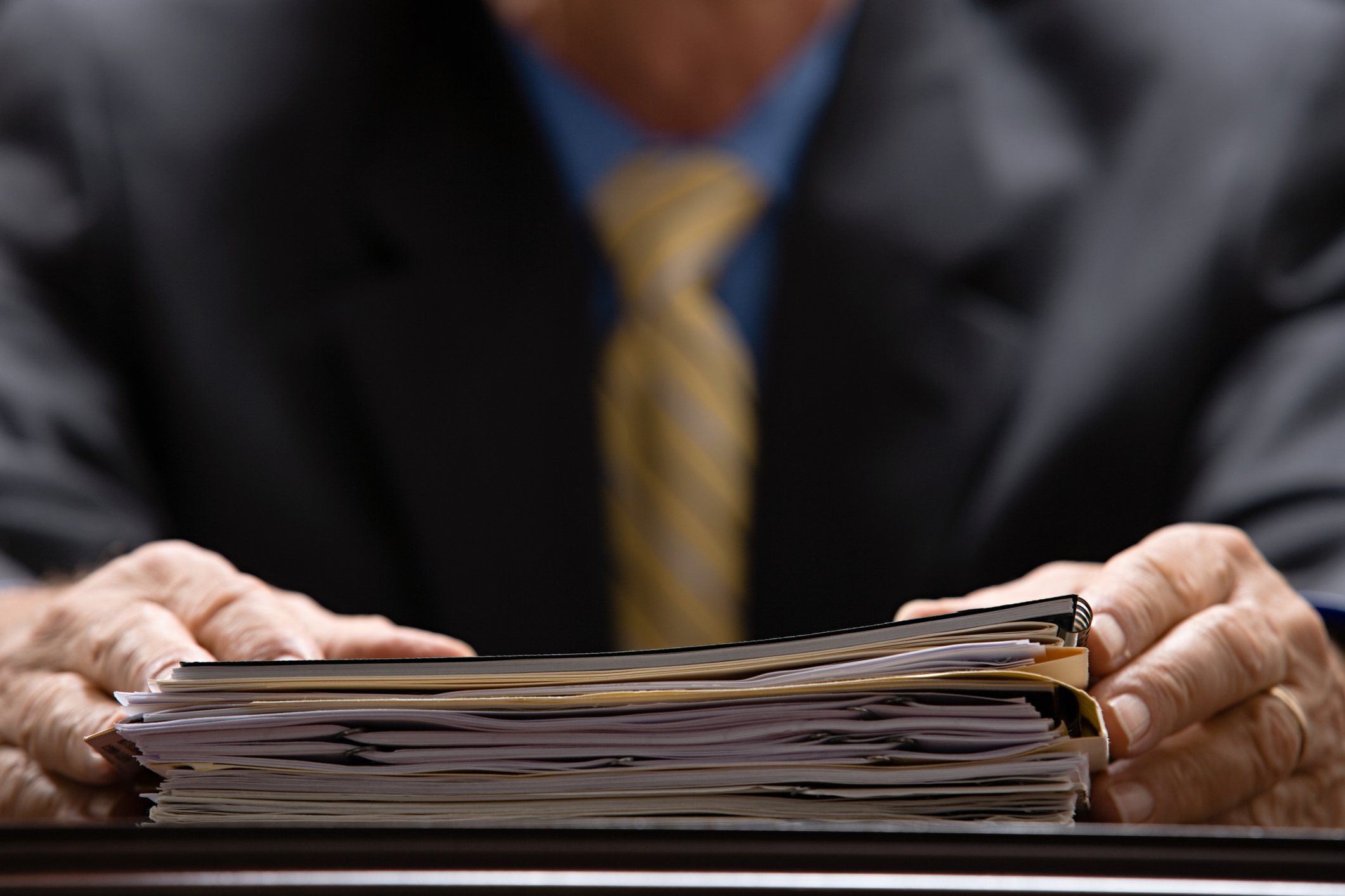 My news outlet reported several weeks ago on the Hollywood feeding frenzy connected to the ‘Murdaugh Murders’ true crime saga in rural South Carolina – which has only escalated in the intervening weeks.

“Hovering over the detritus of multiple crime scenes, lurking within a labyrinthine maze of convoluted court dramas and peering behind every new plot twist are huge dollar signs … and a mad rush is underway in some corners to rake in as many of those dollars as humanly possible,” I noted at the time.

Several of those chasing these dollar signs are already making initial investments in the Murdaugh story – inking “consultants,” lining up production companies and hiring researchers as they begin the long and arduous process of collecting and sifting through mountains of source material related to the drama.

The end objective? To turn all of the raw information, images and footage they collect into something resembling a compelling, digestible … and yes, marketable narrative.

“Songs mean a lot when songs are bought,” Stephen Malkmus of the indie alt band Pavement once sang.

Anyway, some of the circling vultures seeking to ride the thermal updrafts of the balmy Palmetto Lowcountry may have engaged in less-than-ethical means of obtaining their information – including one reporter who is accused of purchasing confidential materials associated with a high-profile wrongful death lawsuit linked to the Murdaugh family.

I am referring, of course, to the pending action brought by the family of Mallory Beach – a case which jumped to a higher energy level earlier this week when one of the most powerful members of the S.C. General Assembly appeared in court on behalf of one of its defendants.

Beach, 19, of Hampton, S.C., was killed shortly after 2:00 a.m. EST on February 24, 2019. On that fateful morning, a 17-foot, center console fishing boat owned by attorney Alex Murdaugh (the man currently at the center of this still-unfolding saga) and allegedly driven by his late son, Paul Murdaugh, slammed into the piling of a Beaufort county, S.C. bridge at a high rate of speed.

Paul Murdaugh was “drunker than Cooter Brown” at the time of the crash, to quote his late grandfather – former S.C. fourteenth circuit solicitor Randolph Murdaugh III (one of three Murdaughs to hold this post between 1920-2006).

Attorneys for his family have argued the store was negligent in selling him alcohol, which is why Parker’s Kitchen and its founder Greg Parker are listed as defendants in this case along with Buster and Alex Murdaugh. Additional defendants could still be added, according to Beach family attorney Mark Tinsley.

As noted in my previous coverage, Paul Murdaugh was criminally charged with three counts of boating under the influence in the wake of this incident, although he never stood trial on these charges because he and his mother, 52-year-old Maggie Murdaugh, were savagely murdered on the family’s hunting property on the border of Colleton and Hampton counties three months ago.

As for Maggie Murdaugh, she was reportedly shot and killed by a semi-automatic rifle at or around the same time her son was killed.

Alex Murdaugh remains a “person of interest” in connection with this double homicide inquiry, incidentally.

The charges against Paul Murdaugh obviously died with him, but an ongoing criminal investigation is looking into allegations of obstruction of justice following the boat crash – with Alex Murdaugh and other members of his family reportedly under the microscope. That inquiry is currently before the S.C. statewide grand jury in Columbia, S.C.

Meanwhile, the Murdaugh family – and the powerful law firm it founded in Hampton – are mixed up in at least six criminal investigations and a rapidly expanding list of civil cases.

This particular civil case has attracted the most media attention, though … including “journalistic” interest which may have crossed certain ethical and legal boundaries. In fact, during a court appearance this week in Lexington county, Tinsley accused one of the corporate defendants in the Beach case of selling confidential mediation materials to a journalist who is currently working on a documentary about the Murdaugh family.

According to court documents filed in Hampton county, British-born author, reporter and commentator Vicky Ward has been subpoenaed by Beach family attorneys – and commanded to appear at a deposition this coming Monday (October 4, 2021) in Bluffton, S.C.

Ward is a former CNN reporter who according to her own affidavit in this case (.pdf) is currently “working on a project to produce a news documentary concerning the Murdaugh family of Hampton county, South Carolina.”

“As part of my newsgathering efforts for the documentary about the Murdaugh family, I spent four days in South Carolina in September 2021,” Ward’s affidavit continued.

(Via: Askryan via Wikimedia Commons)

During this trip, Ward (above) allegedly obtained confidential mediation information from an individual or entity affiliated with the corporate defendants in the Beach case. In fact, as Tinsley noted during this week’s court hearing, this information was allegedly sold to her.

In light of these allegations, Tinsley is seeking any materials in Ward’s possession related to the Beach case, “including but not limited to the confidential mediation presentation video and anything else whether written, electronic or in any other form.” More specifically, Tinsley’s subpoena seeks to ascertain whether Ward obtained confidential mediation information from “any individual, business, or entity, who were operating on behalf of, related to or in any way associated with Gregory M. Parker, Inc., Parker’s Corporation, Gregory M. Parker, or their agents or employees.”

The subpoena further seeks materials in Ward’s possession provided by anyone “affiliated in any way with the law firm of Baker Hostetler, the law firm of Griffith, Freeman and Liipfert, LLC, the law firm of Collins and Lacy, PC, or any other legal representative” of Parker and his corporations.

Finally, the subpoena seeks any materials in Ward’s possession provided by anyone affiliated “with Private Investigation Services Group, LLC, Max Fratoddi, or Henry Rosoda also including but not limited to all reports, media, images, recordings, videos, emails, correspondence, contracts, nondisclosure agreements, notes, text messages, or any other communications with these people or entities.”

These individuals and entities are reportedly working on Parker’s behalf in this case.

According to a filing (.pdf) from Ward’s attorney, she is invoking South Carolina’s journalistic “shield law” in refusing to be deposed by Tinsley – and refusing to comply with the document production demands he has issued.

As someone who has made a name standing up for his confidential sources, I respect that. In fact, my source protection case sparked a much-needed debate over holes in the Palmetto State “shield law.”

No reporter should ever be compelled to violate the trust of one of their confidential sources, and if Ward indeed has a confidential source for any of the information she obtained – then I have her back 100 percent in refusing to give up the name(s) of those individuals.

Were Ward’s sources confidential, though?

Not according to Tinsley. According to the plaintiffs’ attorney, Ward broke confidentiality – and thus revoked any legal protection to which she may have been entitled – when she told him and another lawyer, Tabor Vaux, the source of the information she received.

“She told us what she had and where she got it which is why the subpoena asks for what it asks for,” Tinsley told me, adding that “the reporter shield law only protects confidential information.”

“Vicky Ward is a working investigative journalist entitled to the full protection of South Carolina’s reporter’s shield law,” Celli told me. “She is not a party to, or a partisan in, any of the swirling controversies around the Murdaugh matter; she is simply covering them as a reporter. Our legal filings speak for themselves.”

While Ward’s claim to the Palmetto State’s shield law remains unsettled, she is unlikely to face any legal trouble in connection with the materials she allegedly procured. Even if it is determined that she obtained confidential mediation files improperly, culpability for that would likely fall on those providing the sealed materials.

Still, the injection of Ward into this saga escalates the pitched battle currently taking place between the Beach family and the various defendants named in this potentially multi-million-dollar civil lawsuit. Furthermore, it underscores the ferocity of the competition for inside information related to the broader Murdaugh saga by those looking to capitalize on it in the media realm.

Stay tuned … this news outlet looks forward to updating its readers on the disposition of this particular aspect of the civil case, which continues to draw considerable interest alongside the multiple criminal investigations tied to this saga.