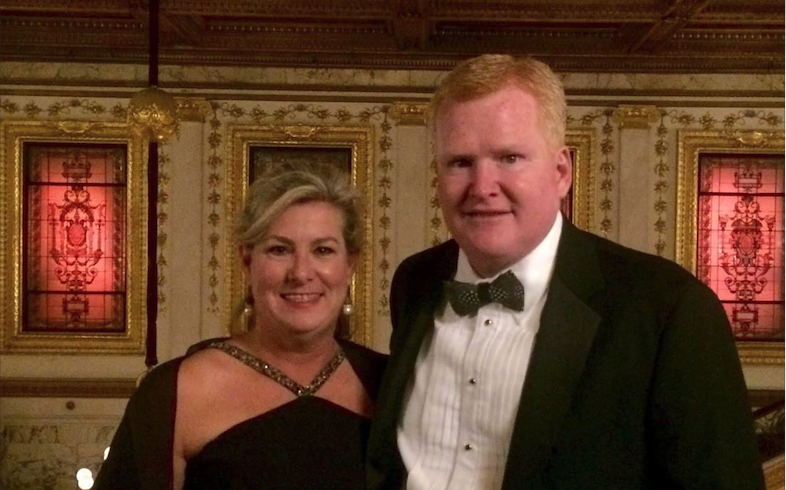 Attorneys representing the sons of the former Murdaugh family housekeeper Gloria Satterfield —who died suspiciously in 2018 after an incident at the Murdaugh home — have filed a special motion to ask a judge to detain Alex Murdaugh for allegedly stealing millions from Satterfield’s sons in an insurance scam.

Attorneys Eric Bland and Ronald Richter — who are representing Satterfield’s two sons in a lawsuit alleging civil conspiracy and stolen funds in connection with Satterfield’s wrongful death settlement — filed the special motion Monday based on a South Carolina law that states a person can be arrested in a civil case without criminal charges in some circumstances.

The motion asks Judge Carmen Mullen — who has ties to the Murdaugh family and allegedly approved the secret $4.3 million settlement in 2019 — or another judge to require the arrest and detention of Alex Murdaugh for the time being until he returns the money he allegedly embezzled from the Satterfields.

The action could force Mullen to explain her alleged involvement with the case.

In the last few weeks, Bland and Richter have discovered that Alex Murdaugh and his best friend Cory Fleming allegedly conspired together to take a $4.3 million secret settlement for Satterfield’s wrongful death. According to the documents, which were just released to the public last week,$2.8 million of that settlement was supposed to go to Satterfield’s sons.

However, Satterfield’s two sons — Brian Harriott and Tony Satterfield — never received a dime in the settlement, according to the motion. Her sons were the only beneficiaries in Gloria’s estate.

The latest motion accuses Alex Murdaugh of embezzling and/or fraudulently misapplying the $2.8 million.

In court documents, Satterfield’s sons’ attorneys are requesting a public evidentiary hearing with all parties involved to appear in court and testify under oath.

The motion was filed two weeks after the South Carolina Law Enforcement Division (SLED) opened an investigation into Satterfield’s death and possible financial crimes related to the handling of Satterfield’s estate.

Satterfield’s death was not reported to the coroner at the time — nor did officials perform an autopsy, which caught the attention of the Hampton County Coroner, who asked SLED to investigate Satterfield’s death.

On Satterfield’s death certificate, the manner of death said “natural,” which the coroner said was not consistent with her injuries from a trip-and-fall incident.

Gloria’s family was told that Gloria tripped on the steps at the Murdaugh’s former home on Holly Street in Hampton, S.C. on February 2, 2018. They were told the Murdaughs’ dogs caused her to trip – causing a fall which resulted in her sustaining a traumatic brain injury.

The motion comes at the end of an unbelievably bad month for Alex Murdaugh — who is a person of interest in the June 7 murders of his wife and son, according to FITSNews sources.

In an interview with the the TODAY Show earlier this month, Alex Murdaugh’s attorney Dick Harpootlian admitted on national television that his client used money from the law firm — and its clients — for personal use.

“It was uncovered that he had perhaps, not perhaps, he had converted some client and law firm money to his use and again spent most of that on opioids,” Harpootlian said.

Bland told FITSnews this settlement was a part of an elaborate scheme that began soon after Satterfield’s death in February 2018.

However, Satterfield’s sons did not know that Fleming was Murdaugh’s former college roommate, best friend and Buster Murdaugh’s godfather.

He also convinced Gloria’s sons that they needed to have a banker (Westendorf) work as their personal representative of Gloria’s estate.

In December 2018, days after Satterfield’s sons gave up their right to act as personal representatives, one of Murdaugh’s insurance providers agreed to a petition for $505,000 for personal liability in Satterfield’s wrongful death, according to the only public documents available in her case. Alex Murdaugh admitted fault in her death.

Bland later learned that Alex Murdaugh’s insurance company actually settled for more than $4.3 million — which included $2.8 million that was supposed to go to his clients.

The petition was not entered into the court record— which is a major violation of procedure. In fact, none of the documents essential to the settlement process were entered properly.

The documents — which were signed in April and May of 2019 as the Murdaughs had just emerged into the media spotlight following the fatal boat crash that killed Mallory Beach — also mysteriously did not list Alex Murdaugh’s name as the defendant. It appears that he convinced the court to take his name off of it — a luxury most South Carolina citizens do not have when they admit fault in the wrongful death of another human being.

Around the same time Mullen purportedly signed the secret settlement, she also recused herself from the boat crash case due to her relationship with the Murdaugh family.

The order was signed on May 13, 2019 — days after Paul Murdaugh’s bond hearing for his three felony charges in the boat crash.

However, the latest motion says that Mullen was misled by Fleming and Alex Murdaugh and she had reason to believe the attorneys were acting in good faith. She was not aware of the other pending petition for $505,000.

The latest action said that Mullen “trusted that the attorneys who assembled before her would distribute the funds” in accordance with the documents she signed and approved.

But that did not happen.

“The only problem is Cory never got any documents from Forge and he’s taking direction from the defendant (Murdaugh), who tells him after you take your fees, write the check to “Forge” and send it to a P.O box in Hampton, South Carolina.” Bland said.