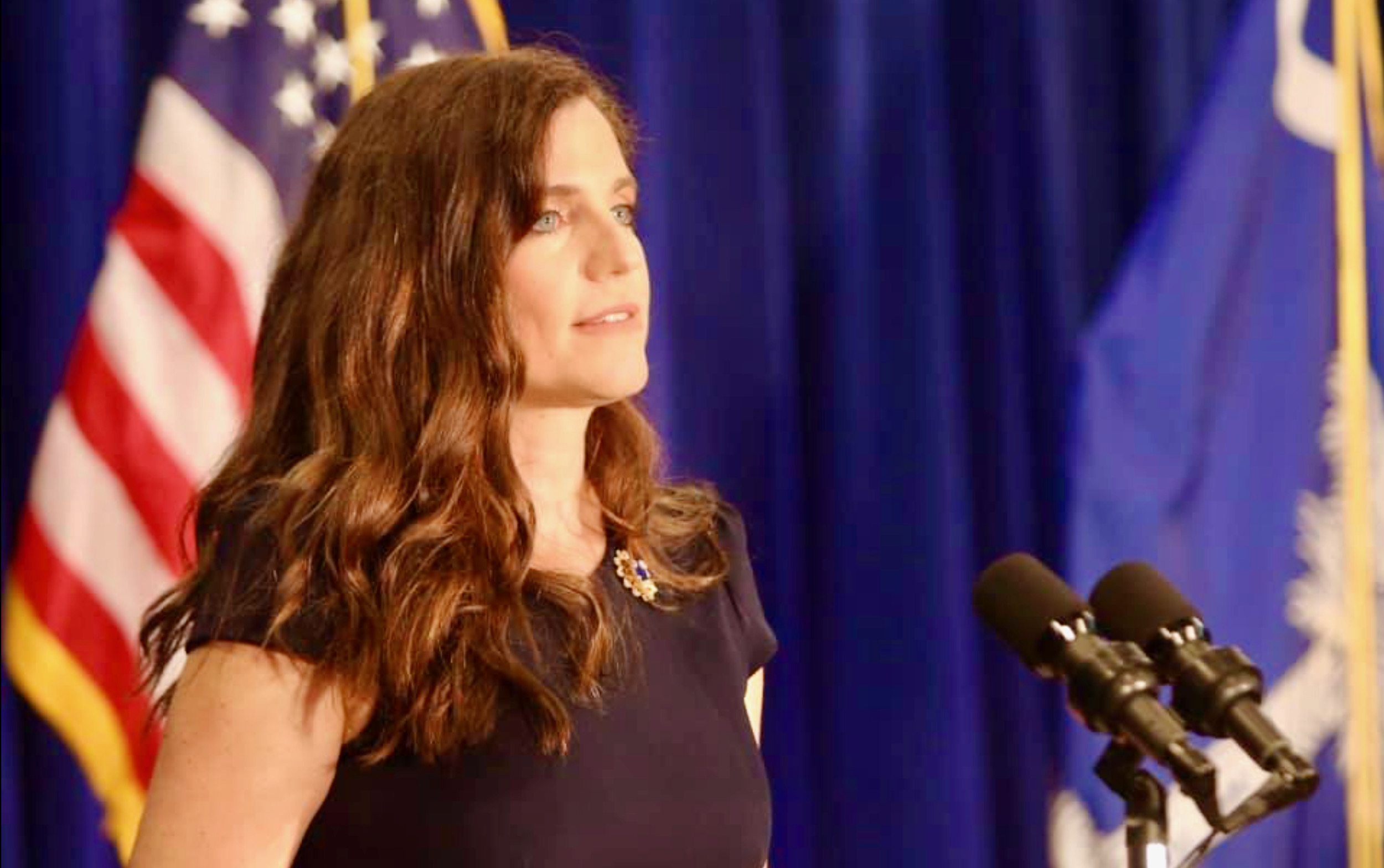 Let me say this up front: I have little sympathy for those who complain about “toxic” workplaces – especially in politics. I spent four years working for former South Carolina governor Mark Sanford, whose reputation as an onerous, off-putting boss is nothing short of legendary in Palmetto political circles. And beyond …

In fact, the 27-year-old version of myself recalls placing a telephone call to my father from a gas station on Sullivans Island, S.C. in the fall of 2001 – less than a month after I started working for Sanford.

Well, I did stick with it. And I’m glad I did. Because my dad – as he invariably is – was absolutely correct. Working for Sanford was pure, unadulterated hell, but it equipped me well for the future – especially the work ethic instilled in me by his wife, former S.C. first lady Jenny Sanford.

So, my advice to political staffers who complain about having difficult bosses usually boils down to this: Put your big girl panties on. Or, quit.

Whatever you do, though, don’t whine off-the-record to reporters as part of some passive aggressive power play. Because that’s so millennial.

Anyway … earlier this week I posted something on social media about freshman U.S. congresswoman Nancy Mace – who currently holds the first congressional district office which was occupied by Sanford from 1995-2001 (and then again, less successfully, from 2013-2019).

Mace is apparently the focus of some looming “toxic work environment” story by some mainstream media outlet or another, which I (and others) have become aware of in the aftermath of some “public display of admonition” at a Washington, D.C. area airport.

The feeding frenzy began after Clare Fieseler – a politically attuned journalist/ scientist – posted to Twitter about encountering Mace at Reagan National airport in Arlington, Virginia. According to Fieseler, Mace was on her cell phone “taking about a toxic office environment.”

Fieseler’s tweet about Mace was deleted, but not before it was preserved for posterity via an intrepid screen capture(r) …

“She was screaming,” one witness to the conversation told a colleague. “Total meltdown! Yelling to whoever was on the other end of the call about some person named Dan fixing it.”

Another text message thread confirmed Mace was demanding one of her staffers go on the record to defend her from “some impending report” of staff toxicity.

This thread indicated the congresswoman was “losing it on the phone.”

In the middle of a public airport, no less …

Still another text message thread I am not allowed to quote from confirmed both the substance of the conversation as well as Mace’s state of elevated agitation.

Mace was likely referring to deputy chief of staff Dan Hanlon in her tirade, although it is not immediately clear which national media outlet was (is?) pursuing a story about her alleged office drama – or why such a story would be relevant beyond the Washington, D.C. “process news” fishbowl.

Well, without knowing the rest of the story …

To wit: An innocuous tweet I posted on Mace’s alleged airport meltdown sparked a flurry of incoming information regarding “deteriorating conditions” within her Washington, D.C. office – including several calls from current and former staffers of the first-term congresswoman from Daniel Island, S.C.

What sort of narrative did these callers offer up? Not a nice one …

Although, again … isn’t all of this just sour grapes? Seriously … what’s more boring than a disgruntled political staffer story?

In interest of full disclosure, Mace and I were business partners for several years. She was a part-owner of this news outlet – although she sold her ownership stake in 2013 prior to launching an unsuccessful campaign for the U.S. Senate against Lindsey Graham.

Mace did exemplary work during her time with FITSNews, and she and I parted on excellent terms.

Last time I checked we were still friends, although I have not spoken with her since she was elected to congress – and I suspect she has probably been less than enthralled with some of my coverage of her recent vacillations (and their attendant consequences).

Oh well, I call things as I see them … and as I have told her allies and staffers from the very beginning, my microphone is always open to Mace and her allies. Always.

Still, the incoming deluge has made it abundantly clear things are substantially south of copacetic within Mace-world. Also, I am told the various problems run much deeper than just a “toxic office environment” – or a public meltdown at a highly-trafficked airport.

According to my sources, Mace’s office has witnessed a number of key defections during the almost nine months she has held office – especially within the last two months. One of the top personnel losses? Former communications director Natalie Johnson, who stepped down last month to take a job with a Washington, D.C. public affairs firm.

Prior to her work with Mace, Johnson was a top advisor to U.S. congresswoman Liz Cheney of Wyoming.

Beltway insiders regard Johnson as the architect of Mace’s rise to prominence as a Fox News “babble-rouser” – for whatever that’s been worth to her. Of course Mace’s “Cheney connection” has also been politically problematic for the 43-year-old businesswoman – particularly as it relates to her fractured relationship with former U.S. president Donald Trump.

At least three other Mace staffers have left the office in recent weeks – including a top legislative aide and her former scheduler – while another is allegedly on “a mental health leave of absence.”

Sources tell me Mace is a “horrible boss,” that tirades and dressing-downs from her are commonplace in the office in the event staffers fail to heed her “thirty-minute rule” – (i.e. any call, email or text message from the congresswoman must be acknowledged within thirty minutes).

Again, though, such reports do not necessarily blow up my skirt. Like I said earlier, it is not complicated: Do the job – or quit. It’s that simple. Still, the recent staff exodus – and the process stories likely to be devoted to it – could open the door to bigger problems for the freshman congresswoman as she heads into a difficult reelection fight.

As I have noted previously, Mace has a serious problem with Trump and his allies – to the point supporters of the former president actively courting primary challengers to run against her. Assuming she survives the primary fight next spring, Mace would face another difficult reelection campaign next fall – one she would enter without her previous “full-spectrum” GOP backing.

Is she ready for the coming storm?

Mace’s former campaign manager Mara Mellstrom remains in place as her congressional chief of staff, however her influence has been waning in recent weeks due to the emergence of Jazmin Anguiano – Mace’s new personal secretary. Anguiano has reportedly become “indispensable” to Mace, superseding even Mellstrom in the office hierarchy.

Multiple sources have confirmed to this news outlet that Mace and her current boyfriend recently purchased a home on Capitol Hill under “unusual circumstances” – and that staffers from her congressional office have been routinely required to perform “household duties” for the congresswoman and her various overnight guests.

I know from personal experience such extracurricular obligations go with the territory of working for politician, however a source familiar with some dubious disbursements from Mace’s office budget told me bluntly that “paying Hill staff with tax dollars for personal stuff is a huge no-no.”

Is Mace doing that?

Unfortunately, her office did not immediately respond to multiple requests for comment on these various reports. In the event her office decides to respond, though, I will be sure to pass that information along to my readers.

My view on all this? Once again, reports of congressional office drama – even a mass staff exodus – do not particularly interest me. Generally speaking, I believe such reports reflect more poorly on the people doing the leaking (disgruntled staffers) than on the target of the leaks (the elected official in question).

Still, reports of Mace’s recent airport outburst – and some of the budgetary questions raised in the context of her recent staff exodus – are troubling. Given what Mace is up against next year – in both the primary and general election – she can ill afford even a whiff of scandal.