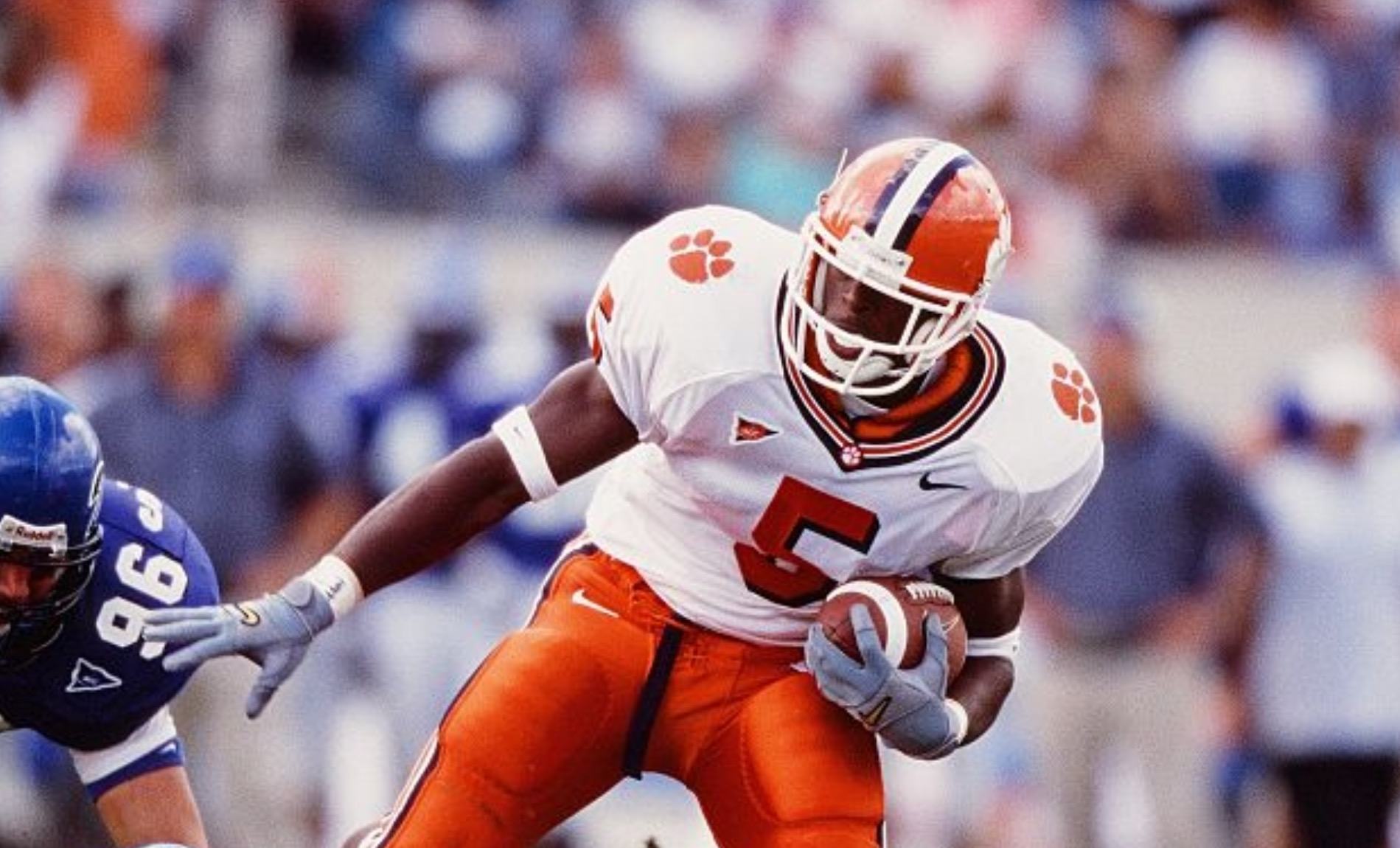 Former Clemson Tigers’ running back Yusef Kelly has been arrested by agents of the South Carolina State Law Enforcement Division (SLED) and charged with solicitation of a minor, disseminating obscene material and contributing to the delinquency of a minor, multiple sources familiar with the status of the investigation have confirmed to this news outlet.

He is also facing a misconduct in office charge …

News of Kelly’s arrest comes three weeks after this news outlet reported that SLED was investigating allegations that he “allegedly sent at least one inappropriate image to a juvenile.”

Kelly, 38, is a former member of the Easley, S.C. police department – a job he lost last month when the agency conducted a brief investigation into the allegations against him. The matter was subsequently referred to SLED for criminal investigation.

According to a news release (.pdf) from SLED, between May and December of last year Kelly sent “explicit messages and photos to a person under the age of 18” while he was serving as a school resource officer at Easley high school.

According to probable cause affidavits accompanying the warrants for Kelly’s arrest, he “knowingly and willfully encouraged a minor to willfully injury or endanger their morals or health,” specifically sending a 16-year-old minor “sexually explicit messages.”

Kelly was also accused of “persuading, inducing, enticing or coercing (a minor) to engage or participate in a sexual activity,” per the warrant for his arrest on the solicitation rap.

Kelly’s misconduct charge is based on his failure to “properly and faithfully discharge the duties he was sworn to uphold when he diseminated (sic) obscene materials to, criminally solicited and contributed to the delinquency of a minor.”

As with anyone accused of committing any crime, Kelly is considered innocent until proven guilty by our criminal justice system – or until such time as he may wish to enter into some form of allocution in connection with a plea agreement with prosecutors related to any of the charges that have been filed against him.

Kelly was booked at the Pickens county detention center following his arrest. His case will be handled by the office of S.C. thirteenth circuit solicitor Walt Wilkins.

He is best remembered, however, for his starring role in the “Palmetto Brawl.”

On November 20, 2004, Kelly was a central figure in the melee that erupted between the Tigers and the University of South Carolina Gamecocks in Clemson, S.C. during their annual rivalry. The fight began at the 5:56 mark of the fourth quarter, with Clemson enjoying a 29-7 lead over South Carolina in what was the 102nd installment of this series.

As the violence spread across the field, Kelly was photographed by Ken Ruinard of The (Anderson, S.C.) Independent Mail kicking a defenseless Gamecock player in the head. After the brawl, Kelly paraded in front of the Clemson student section with a captured Gamecock helmet – tossing it jubilantly into the stands.

Prior to last season’s cancellation by the Southeastern Conference (SEC), this was the longest continuously running, non-conference rivalry in American football.