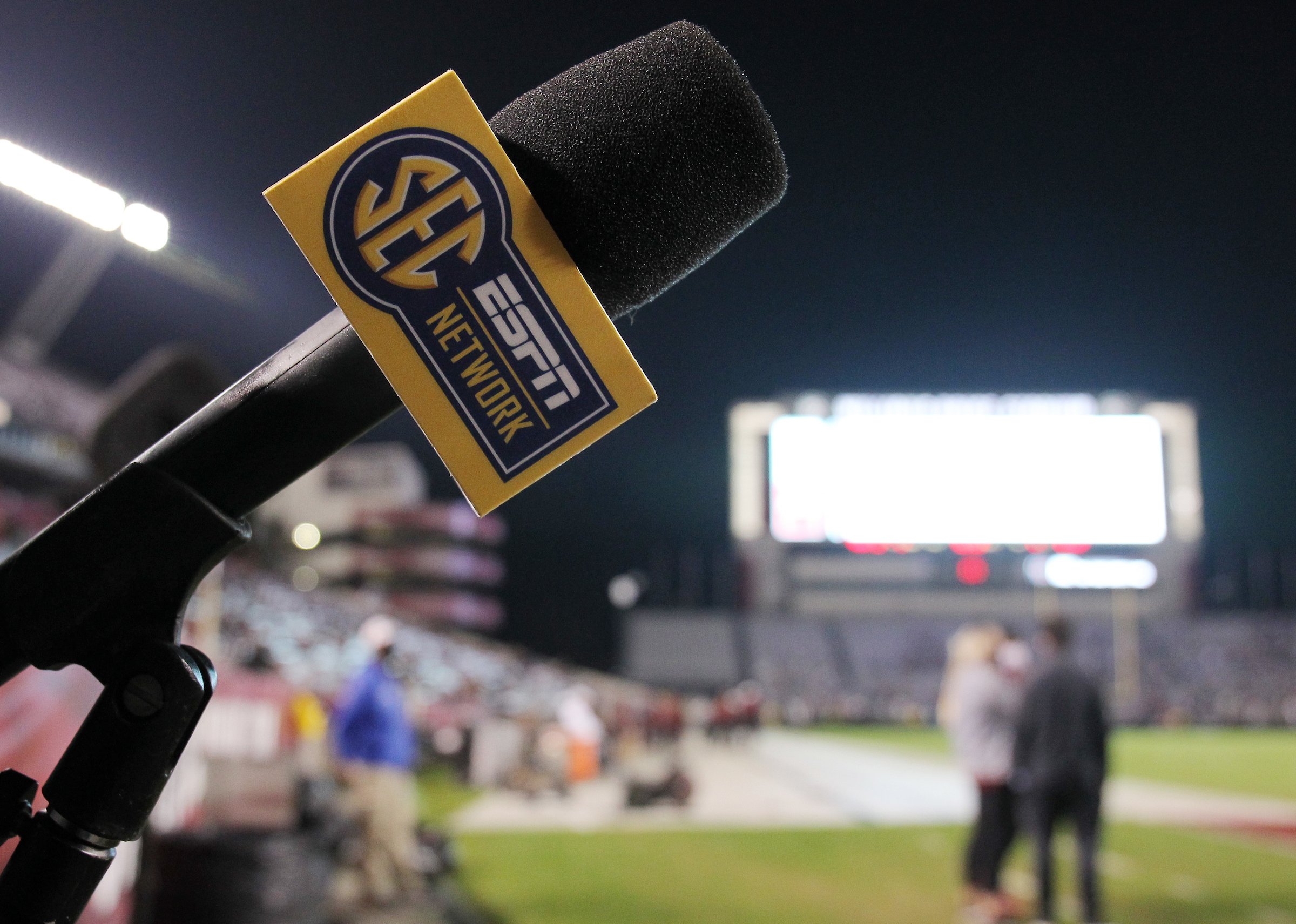 A unanimous vote by the U.S. Senate declared war against Japan following the attack on Pearl Harbor. 82-0. In the House of Representatives there was one abstention. 388-1. When the South Carolina legislature voted to bring down the Confederate flag, the vote was 94-20. A global, nation-shaking event on one hand, a national, state-seismic event on the other. In those votes, politicians casting their ballots were duly elected by the people who would be affected by their decisions – bowing to pressures and forces they could not withstand.

Now, how do we go from a cataclysmic global event eighty years ago to an extraordinarily significant cultural event involving college football? One event is in the distant past – and the closest exposure anyone alive today can experience is through contact with the last of the Pearl Harbor survivors (or by watching colorized documentaries of the attack on YouTube). The downing of the flag is a more recent event – one instigated by a horrific massacre at a house of worship in Charleston barely six years ago. The ramifications of that tragedy are still being felt to this day.

Best of luck to you in finding much current or relevant news on those events, though …

By contrast, it seems everywhere one turns there is a barrage of information related to the latest vote taken by members of the Southeastern Conference (SEC).

Talking heads, social media provocateurs and hysterical fans alike are obsessing over every new media report regarding the SEC’s recent expansion – to which we can add sheer months, weeks, days, hours, and minutes of ad nauseam coverage of the South Carolina Gamecocks and what we can expect to see on the gridiron in a few short weeks.

Passions will run amok, emotions will be raw, and rivalries and trash-talking will begin anew. We already know how the Gamecocks season is going to turn out; that will be saved for another column. And we already know how Clemson University’s season is going to turn out; not much mystery there either. That’s a conversation for another day, praise the Lord and pass the potatoes. In fact, any half-wit could pick at least two of the four teams that will be in the college playoffs right now. Among my crew, we’ve nailed three of the four teams the past several years, and the only reason we haven’t picked them all is because one conference waived their rules. Oh, and we all know God is on the side of Notre Dame; it just depends on how He feels about the breadth and scope of their sins any given season. Saints and sinners and such, after all. It’s become quite boring.

Back to that unanimous vote by all fourteen SEC schools. Texas and Oklahoma are in by 2025. Sooner, (no pun intended) if the numbers enable them to pay the Big 12 the $150 million owed to release them from their current obligations.

The vote was cast by the fourteen presidents of the SEC universities – unelected officials who are certainly not accountable to the people (in this case, the fans, boosters and players). One can only imagine the extent of their participation – which probably consisted of bean-counters emailing a couple of spreadsheets showing the money that will pour into the coffers of each school by these additions.

As Achilles said to the acolyte in the movie Troy when she asked him what do men want, Achilles responded, “More.”

Well, that’s what the SEC just got. More. More everything.

Now let’s bring it home. I was born on the Mississippi coast, raised in Charleston while my dad was in the Navy, back to the coast and then on to Stark Vegas (a.k.a. Starkville, Mississippi). I bleed Maroon and White, and yep, I got one in my pocket fresh from Omaha, a momentary baseball segue that should require no explanation to the informed and educated. My Gamecock friends reminded me South Carolina has two in their pocket, so that lasted about five minutes. We’ve lived in Columbia, S.C. since 1992 and practically camped out at Founders Park with the kids in 2010 and 2011; my son is a senior about to graduate from South Carolina and the Gamecocks are my adopted team unless the Mississippi State Bulldogs roll into town. Let’s talk about that.

It took Mississippi State 143 years to win a national championship in anything. That’s any sport. So, please move past that “chicken curse” thing. For goodness sakes, it’s like hearing Boston fans talk about the Bambino or the Cubs and Mrs. O’Leary’s cow. Get over it. Let’s get back to football: South Carolina has lost the arms race in collegiate football – and within the conference. So has Mississippi State, for that matter. So has every other SEC school except Alabama, and occasionally LSU, less often Florida, Georgia or Auburn and one has to go back to the 1990s to find Tennessee with a national title. Go back about a millennium or so and you can even find Kentucky and former SEC member Georgia Tech with a title here and there.

The football facilities, salaries, and resources of virtually every SEC school are breathtaking, expansive, luxurious, and extraordinarily expensive. And yet with the above exceptions we have absolutely nothing to show for it. Let that sink in for a minute.

You want the truth? It’s time to handle the truth. Nothing to show for it.

In the past fifty years, that is since 1970, here’s the truth: Only Alabama, Auburn, Florida, LSU, Georgia and Tennessee have won national titles. Georgia and Tennessee are one-offs from back when folks watched cable television. In the past twenty years, only Alabama, Florida, LSU, and Auburn have won national titles. To go on would make this a story about Alabama – and haven’t we just about had enough of them? Because if you haven’t, then I’ll just change this story to what Clemson has accomplished of late, and nobody wants to hear that right now.

And what did the SEC just do? It brought in Texas and Oklahoma. Meaning if you thought going to Atlanta for an SEC championship was tough and virtually unattainable before, it’s time to get your head on right and realize the naked truth. You and I have a better shot of getting a ride on the next spaceship by Branson, Musk or Bezos than booking hotel rooms in Atlanta – much less searching for accommodations in the city where the national championship game is played.

Why on God’s green earth would we vote to make that goal even more unattainable?

RELATED | YOU THINK THE UNIVERSITY OF SOUTH CAROLINA IS A DISASTER NOW?

SEC schools have done a disservice to their fans – chasing the Almighty dollar. And the schools that will fare the worst from the new “alignment” were the enablers. All that was needed were four dissenters. Four “no” votes. But no, it was unanimous – and votes cast by people accountable to no one (nothing except the bottom line). Make no mistake about it, this is about football and contracts with streaming providers. It’s about eyeballs on the screens; it’s not about butts in the seats anymore. Which is why this will never be undone no matter how much passion and emotion and tears and joy are unleashed against our respective universities over the sheer madness of casting a vote in favor of these acquisitions. Sure, complain on social media, send out your tweets, post on your Instagram, hit your likes on Facebook, call into your favorite radio programs, get your beers on and hash it out with your buddies – but it’s time to face the reality of the future. This is America; we vote with our pocketbooks and our wallets. And we’ll continue to dream a little dream and talk our trash and do our tailgating and keep throwing money at our football teams. All to no avail.

I get it. This isn’t a global war or a cultural war; but to diehard SEC fans and college football fans, don’t tell us this isn’t part of the fabric of our lives, our communities – our escape from work and the doldrums and challenges of life. We confuse passion with emotion but this sport we love brings together our families and friends and gives us something to look forward to and get excited about. And yes, I was happy for my Clemson friends when they won their titles. Excellence is a joy to see, even if it is an in-state rival.

Good for the Palmetto State, I say.

Yes, the SEC is now stronger than any conference in the country. In fact, the Southeastern Conference will now bring in as much or more dollars than the entire NCAA. Hats off to the league for cashing in on the big payday. But don’t think for one second that will translate into on-the-field victories for the South Carolina Gamecocks, or Mississippi State Bulldogs, or Arkansas or Missouri, or Texas A&M; well, you get the picture.

There is a glimmer of hope. And that will come in the next column. CEO Nick Saban showed a card in his SEC press conference. There’s a crack in the dam and he sees the future and doesn’t like what he sees. He probably won’t even be around for it. But sea changes are a-coming and it will be the universities and athletic departments that not only embrace the evolution of a sport we love, but learn how to implement, adapt and overcome the obstacles in front of them to put teams and players on the field that at least have a chance to play for championships. Then our dreams can come closer to reality.

Oh, right. Alabama, Clemson, Ohio State and Notre Dame if God is on their side and if not that elusive second SEC team to be named later.

Before climbing Stone Mountain, North Carolina, Joe walked cotton fields in the Mississippi Delta checking for Boll Weevils and worked on the supply boats and the oil rigs in the Gulf of Mexico. He saw Bear Bryant lose a football game in person and now from his home base in the Midlands offers breath-taking and thought-provoking commentary on a wide range of topics.