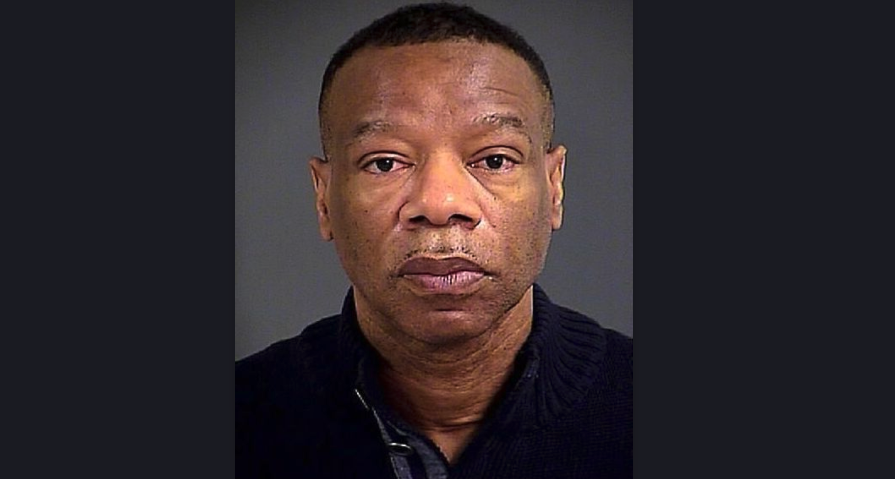 A recently filed lawsuit accuses several former/ current Charleston County School District (CCSD) employees of promoting and protecting an alleged sexual predator — who was allowed to work around elementary students for years after officials found child pornography on his laptop.

John Doe was in kindergarten and first grade from 2014 to 2016 at Dunston Elementary School when Marvin Gethers, a student concern specialist who ran a student group called “Young Distinguished Gentlemen’s Club,” sexually abused him, according to the lawsuit.

Gethers was accused of sexually abusing at least seven male students under the age of 11, including John Doe, according to the lawsuit.

“This civil action is not about Gethers, but rather the individual and organizational indifference that allowed Gethers to select, groom, and sexually assault innocent, vulnerable children,” the lawsuit said.

This is at least the second lawsuit filed against CCSD about Gethers, according to Live 5 News, who first reported this story.

In January 2014, a district IT employee found several “disturbing files” on Gethers’ laptop, such as cookies from a website called “101 boy videos” that included child pornography, according to the lawsuit.

“Malone informed Winbush that a large volume of pornography had been found on the CCSD laptop issued to Gethers and that he admitted to downloading it,” the lawsuit said. Winbush then told Suggs.

At this point, the lawsuit claims that CCSD officials had “actual and constructive knowledge that Gethers was a child predator, derived sexual pleasure from child pornography, and was an unreasonably dangerous risk
of sexual harm to any child with whom he would come into direct contact,” and they chose not to terminate him.

In a written statement, Gethers claimed that he only accessed adult pornography — not involving children — on his school laptop.

Winbush and Suggs”decided that administrative leave was proper “since it was his first time, was done in the privacy of his home, and he admitted to it,” the lawsuit said.

He was placed on paid administrative leave pending the outcome of the investigation.

CCSD officials’ “failure to immediately terminate Gethers upon learning that the laptop had been used to access and download possible child pornography knowingly, intentionally, and recklessly placed children at risk,” the lawsuit said.

While Gethers was on leave, he met with Winbush at least twice in person, the lawsuit said.

The lawsuit alleges that “Winbush loaned a sum of money to Gethers at an earlier date and had been receiving installment payments from Gethers.”

Gethers was allowed back to work weeks after he was suspended, according to the lawsuit.

“Allowing Gethers to return to work while the child pornography investigation remained pending granted him unfettered access to students at Dunston for almost two years, from February 10, 2014 until his date of arrest and termination on January 21, 2016,” the lawsuit said.

On January 13, 2014, the mother of a first grade student (who is not John Doe) told Malone that Gethers “slapped, punched, pushed, and threatened her son with a belt after locking him in the counseling room with no windows,”according to the lawsuit.

Malone — a mandatory reporter — failed to make a record of the the meeting or report the allegations to law enforcement, the lawsuit said.

Gethers allegedly pulled the first grader out of class on the same day and abused him for telling his mother, the lawsuit said.

“The very next day, January 14, 2014, (the first grader) was admitted to MUSC after threatening to harm himself,” the lawsuit said.

On February 26, 2014, the first grader’s mother reported Gethers to the North Charleston Police Department, the lawsuit said. The mother claimed that her son was physically abused and locked in his counseling room that day — just weeks after he’d returned to school after his suspension.

On March 5, 2014, the IT school district employee filed a formal police report with the North Charleston Police Department about Gethers’ laptop findings, according to the lawsuit.

In May 2014, Suggs learned that Gethers had returned to work — despite the ongoing criminal investigation.

On May 21, 2014, Winbush told Gethers that Suggs was asking if he wanted to fire him, considering the criminal investigation.

Winbush told Gethers that “I never had a problem with (him), without any hesitation I told them that I handled it and that I am good with my decision,” the lawsuit said.

The next day, Gethers told Winbush that he had a “financial commitment” to him that “still holds true.”

The lawsuit alleges that on July 11, 2014, “Winbush received monies from Gethers at the front gate of the Joint Base Charleston,” the lawsuit said.

“John Doe was physically and sexually assaulted by Gethers during the 2014 – 2015 school year,” the lawsuit said. “CCSD teachers repeatedly sent John Doe directly to Gethers for any and all disciplinary issues. No windows were located in the office of Gethers.”

The lawsuit alleges that Gethers “told John Doe he would kill him if he ever told anyone their secret,” after the assaults.

In October 2014 — while Gethers was still under investigation for child pornography — CCSD officials promoted Gethers to an administration position in the school district.

In April 2015, as the investigation was still ongoing, CCSD awarded Gethers as the “Classified Professional of the Year.”

Even though he moved positions, Gethers was still allowed to run the Distinguished Young Man’s Gentlement’s Club” — which gave him private access to young boys. This was a group of “at-risk male students in kindergarten, first, second, and third grades” who were hand-picked by Gethers, who led the group.

The next school year, Gethers selected John Doe to become a member of the group.

“During these meetings, his office doors were closed and no other adults were present,” the lawsuit said. “School administration was aware or should have been aware of these closed door meetings between a lone adult man and the several student-victims abused by him.”

As a first grader, John Doe was sexually assaulted by Gethers from August 2015 until Gethers arrest in January 2016, the lawsuit said.

In January 2016, North Charleston police officers obtained the forensic report from Gethers’ work laptop, which included 42 files flagged for child pornography, according to the lawsuit.

He was then arrested and charged with third-degree exploitation of a minor.

In February 2016, multiple other victims’ mothers told police that Gethers sexually abused them, according to the lawsuit. He was then charged with third-degree criminal sexual assault of a minor and lewdly committing a lewd act on a child.

He was banned from Dunston Elementary School.

Gethers died of heart failure and HIV infection in 2017.

A total of seven at-risk boys, including John Doe, have come forward and said they were sexually assaulted by Gethers at Dunston Elementary, the lawsuit said.

John Doe’s mother is suing for a number of actions, including negligent supervision, negligence, intentional infliction of emotional distress, and negligent retention.

James Winbush now works as an “educational consultant” in Goose Creek, South Carolina, according to his LinkedIn page. Nancy McGinley is a managing consultant at Common Ground Leadership in Isle of Palms, South Carolina, per her LinkedIn.