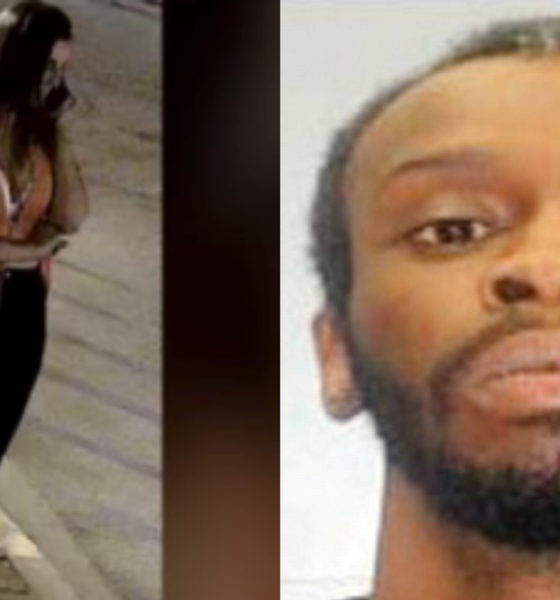 What’s the deal with Maria Howard?

The evidence raises a big question: What’s the deal with the ex-girlfriend, Maria Howard?

Howard, former girlfriend of Nathaniel David Rowland, has not been charged in connection with the kidnapping and killing of Josephson — who was last seen getting into a vehicle she is believed to have thought was her Uber ride at around 2:00 a.m. EDT on March 29, 2019 in the Five Points area of Columbia, S.C.

Rowland, however, was charged with Josephson’s kidnapping and murder on March 30, 2019.

When police pulled Rowland over driving a black Chevrolet Impala, they found blood all over the vehicle – which matched the description of the car Josephson was seen climbing into on the night she disappeared.


On Thursday, a SLED special agent who worked the case showed the jury a mound of items forensically connected to the murder that were found at Howard’s home on April 3, 2019.

According to the special agent’s testimony, SLED retrieved the following items from inside a trash can outside of Howard’s home:

Yesterday, Howard offered explosive testimony which wound up planting seeds of doubt in the state’s narrative.

Howard testified that she had only been dating Rowland for a few weeks prior to the murder. She described their relationship as casual. She did not say that he was living at her house, but said she had given him a key to the home on the day after the murder.

So … why was all of this evidence in the case found in her home five days after the murder?

The presentation of so much evidence collected from Howard’s home has prompted some to question whether she could have possibly been involved in the crime.

On Wednesday, Howard seemed to flip-flop her story between the prosecution and the defense when she was asked what she and Rowland did in the early mornings hours of March 29, 2019 – which is when Josephson was abducted.

At first, Howard said she and Rowland were watching television that night in her living room. Later, however, she said they were watching shows on her iPad in bed.

Howard also changed her statement when she spoke to police, according to her testimony. She initially told an investigator she would have never put her daughter in a car if she knew there was blood in it. Later, though, she changed her story and said she noticed the blood in the car several hours before putting her daughter inside the vehicle.

Maria Howard claimed that she saw Rowland cleaning his car — and a bladed weapon — on the day after Josephson was killed, but she never went to police about it because she said she was “tired.”

According to investigative files obtained by this news outlet, Howard identified a black male who was not Rowland as the alleged killer in one of two law enforcement lineups she was shown immediately following the murder.

A parade of law enforcement officials testified that they found suspected blood all over Rowland’s vehicle — on the door, on the ceiling, on the seats, and even in the seatbelt holder.

Police also found Samantha’s cell phone in Rowland’s vehicle. And on Thursday, a cell phone store owner identified Rowland as the person who tried to sell him Samantha’s phone on the morning of her murder.

The prosecution also showed that cell phone evidence tracked Rowland’s and Josephson’s phones to several of the same locations – including the location near New Zion, S.C. where her body was found by hunters approximately fourteen hours after she disappeared.

A SLED agent who testified said she swabbed Rowland’s shoes when he was arrested and found suspected blood on them. She said that Rowland did not have scratch marks anywhere on his body.

Defense attorney Alicia Goode claimed in her opening statement that Rowland’s DNA was not found on Josephson’s body. She said SLED agents processed Josephson’s body for DNA — and found someone else’s DNA.

Samantha Josephson was stabbed more than 100 times with a “bladed weapon,” according to the prosecution. Her body was found by turkey hunters approximately forty feet off of Black Bottom Road in New Zion — which is roughly an hour-and-a-half drive from downtown Columbia, S.C — and less than two miles from her accused killer’s home.

As of Thursday afternoon, the prosecution was still calling witnesses to the stand …

At this point in the trial, the prosecution has not discussed what they believe may have motived Rowland to kill Josephson — which has been a puzzling question in this case from the very beginning.