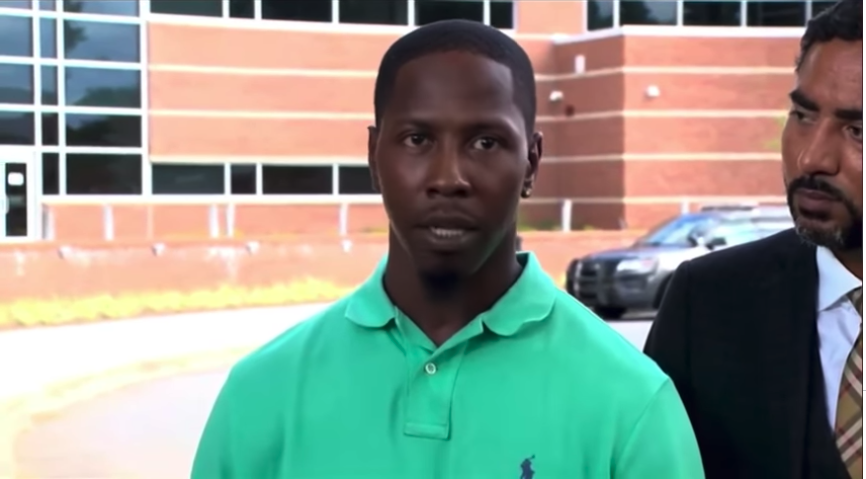 Two weeks after the Rock Hill, South Carolina Police Department issued a news release claiming that Travis Price interfered with police, the officer who was fired and charged for using “an unreasonable amount of force” in the incident publicly apologized for his actions.

“I sincerely apologize for what you have experienced,” Jonathan Albert Moreno said to Price in a press conference Thursday, according to the Rock Hill Herald.

Moreno, 34, was charged with third-degree assault and battery Thursday — and Price’s charge was dropped after police released body cam footage in the incident.


On June 23, Travis Price’s brother Ricky Price was pulled over by officers “targeting violent and narcotic dealing offenders,” according to the statement.

Police found two bags of weed and a gun in Ricky Price’s vehicle, according to the news release.

During the search, Travis Price arrived at the scene to pick up jewelry from his brother’s vehicle.

The news release from police claimed that Travis was “belligerent” and “combative” and “used his body to bump the officer,” but video and arrest warrants tell a different story.

Moreno “used an unreasonable amount of force in that he grabbed Travis Price, pushed him up against a fuel tank, and then forced him to the ground,” arrest warrants said. “Once on the ground, (Moreno) was on top of him and repeatedly yelled at Travis Price to fight him.”

Arrest warrants said that Travis Price had been given permission by officers on scene to collect some of his brother’s items as they were arresting his brother.

Police then arrested Travis Price and charged him with hindering — which were dropped on Thursday.

Moreno was booked at the York County Detention Center Thursday.

While Price’s attorney Justin Bamberg considered Thursday “a good day for justice,” he said Travis Price’s character was defamed by Rock Hill Police — something that can’t be fixed with an apology.

“He had done nothing wrong and his character was defamed,” Bamberg said. “The very fabric of his being as a law-abiding citizen in this county was destroyed.”

Bamberg said the city of Rock Hill should take accountability for the lies spread about Price in the news release.

“I was robbed of my dignity —something that I will never get back,” Travis Price said. “… but I accept the apology. As a man, you know, because everybody makes mistakes, but I will never be the same again.”