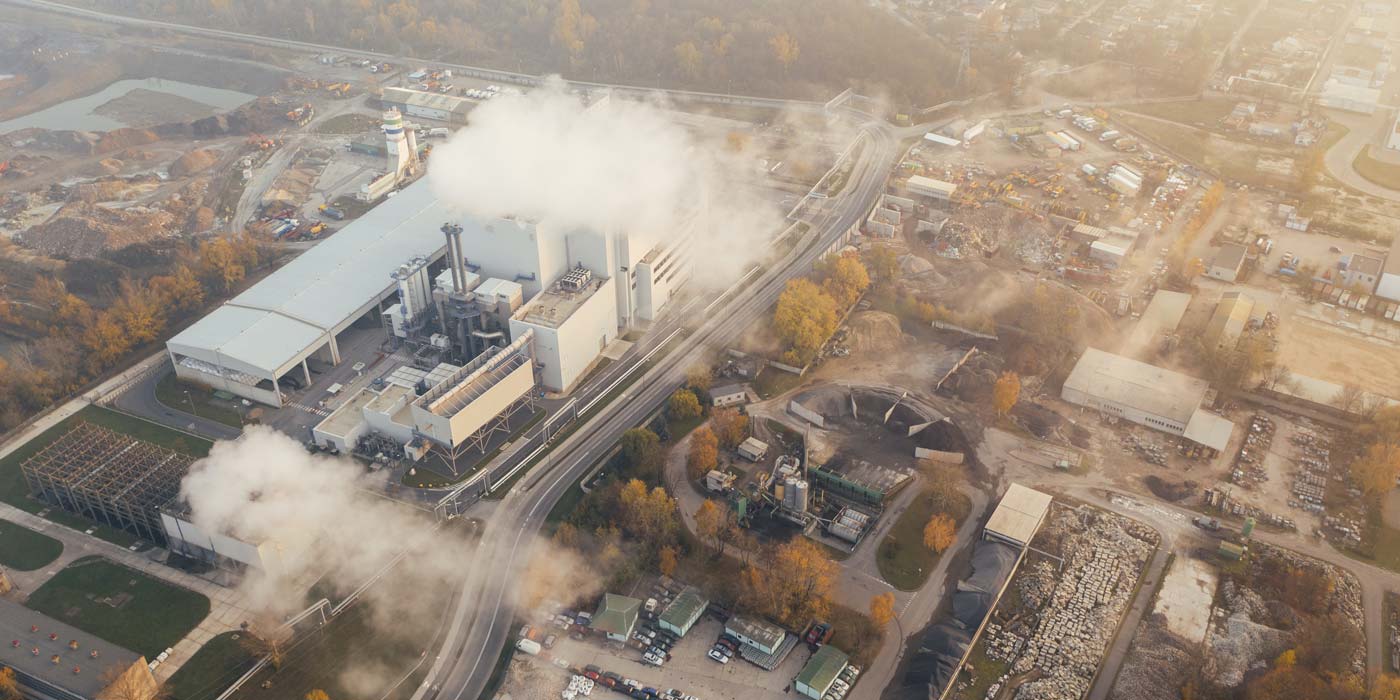 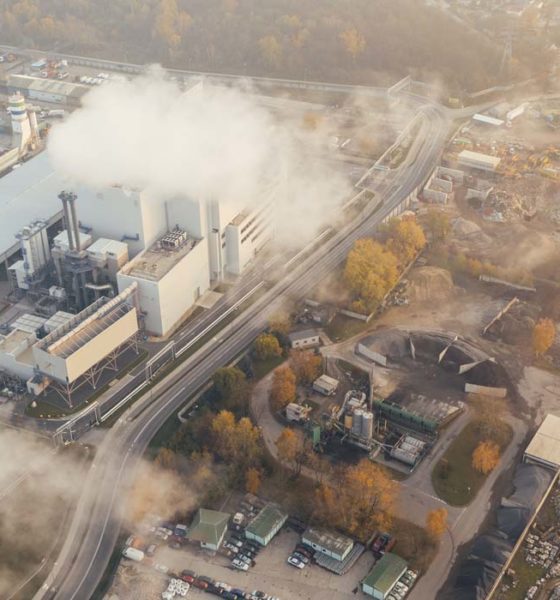 The case against New-Indy, the Robert Kraft-owned company that state and federal officials say is responsible for an “unprecedented level” of odor complaints …

There’s something rotten in South Carolina … and for once it isn’t corrupt politicians, dirty cops or shady judges. In this case, something is literally rotten. And the stench is so bad it is spreading across state lines …

Readers who live just south of Charlotte, North Carolina – including residents of York, Union and Lancaster counties – no doubt know exactly what I am talking about. After all, these communities have been fighting against these noxious, odiferous emanations for several months now. Still, the stench endures – and those allegedly responsible for its point of origin appear intractably opposed to fixing the problem.

The focal point of the pervasive foulness?

According to state and federal environmental regulators, the smell that has been bombarding the northern part of the Palmetto State is coming from the New-Indy containerboard facility. This industrial plant is located just southeast of Catawba, S.C. – and borders the Catawba River (part of the Santee River watershed).

“As early as November 2020, New-Indy … has been polluting neighboring properties with noxious and harmful hydrogen sulfide emissions,” noted a website devoted to the case hosted by the Elrod Pope law firm.

In early 2021, though, the emissions began producing what residents have described as a relentless, overpowering odor.

“I don’t call it a smell,” Lancaster county councilman Terry Graham told his hometown paper back in March. “I call it a chemical smog. It is more than an odor.”

Elrod Pope – which features S.C. speaker pro tempore Tommy Pope as one of its attorneys – is among the firms seeking to hold New Indy accountable for the putrid smell (and related pollution). The Charleston, S.C.-based Stavrinakis law firm – which is run by state representative Leon Stavrinakis – is also on the case. So are national environmental law firms Schochor, Federico and Staton, P.A. and Baird Mandalas Brockstedt LLC.

And that’s just one of the pending class action lawsuits …


“We believe that clean air and water are fundamental human rights, and no one should have to live with the dangerous pollutants that New Indy has spread into the environment,” the firms noted on the webpage. “We are committed to righting environmental damage done by companies who put profit above safety, and we will work hard to obtain justice for North and South Carolinians who have been put in harm’s way by New Indy.

These firms are going up against Schwarz Partners and The Kraft Group LLC, the latter of which is owned by New England Patriots’ multi-billionaire owner Robert Kraft. These are the two parent companies of New-Indy containerboard – which in turn is affiliated with New-Indy Catawba LLC, the owner and operator of this facility.

Schwarz Partners and The Kraft Group acquired this sixty-year-old facility – formerly known as the Bowater paper mill – for $300 million in 2018, converting it from a traditional coated paper plant serving magazines and periodicals into one that produces containerboard for shipping boxes.

The plant employs an estimated 455 people.

According to the S.C. Department of Health and Environmental Control (SCDHEC), it began receiving complaints about noxious odors in the vicinity of this facility beginning on January 19, 2021. The agency has since received more than 20,000 individual complaints – which it has referred to as “an unprecedented number of complaints related to odor.”

“Some complainants are smelling the odor in their homes, some claim it is waking them up at night, and some state they can’t stand to be outside,” the agency noted in an April 9, 2021 report (.pdf). “They are also reporting that the odors are making them feel nauseated, burning their eyes, throats and lungs, and giving them headaches.”

Based on information collected during its “ongoing odor investigation,” SCDHEC concluded that New-Indy was “a significant contributor to the odors in York and Lancaster counties.”

“At this time, we have not identified any other significant sources of odors,” the agency added.

Two weeks after SCDHEC released its preliminary findings in the odor investigation, New-Indy fired back with its own report based on the findings of a consulting group it hired. According to the company, it hired the consultants – Weston Solutions Inc. – to analyze whether compounds “typically associated with odor” were present at the New-Indy facility in “significant concentrations that would cause such intense odors many miles from the mill.” According to that report (.pdf), the consulting group “did not detect those compounds in any meaningful concentration that would equate to intense odors.”

In early May, though, SCDHEC rebuked these findings – explicitly blaming the odor on New-Indy’s “recent change in operation from making bleached paper to brown paper,” which it asserted was responsible for a spike in hydrogen sulfide emissions. This shift also allegedly resulted in a huge increase in wastewater being pumped into open-air “lagoons” near the plant, according to the agency.

In a nine-page report (.pdf) issued on May 7, 2021, SCDHEC found New-Indy was indeed the source of “an undesirable level of air contaminants of such quantity, characteristics and duration as to be injurious to human health or welfare or which unreasonably interfere with enjoyment of life or use of property.”

After conducting its own tests, the U.S. Environmental Protection Agency (EPA) concurred with this assessment – and on May 13, 2021, the agency invoked its authority under the Clean Air Act, ordering New-Indy to “reduce emissions of hydrogen sulfide from their pulp and paper mill in Catawba, S.C.” The agency also announced it was “initiating its own air monitoring around the greater Rock Hill area extending into North Carolina this week in response to requests from state, local and tribal agencies.”

New-Indy was required to “immediately begin taking steps to reduce hydrogen sulfide emissions to meet specific limits” and to provide EPA officials with monitoring data consistent with its plan to achieve these limits.

Meanwhile, SCDHEC gave the company until June 15, 2021 to submit a “corrective action plan” to deal with the stench.

Has the company complied? No. In fact late last month, SCDHEC told New-Indy it had to “revise” its corrective action plan because the company failed to “meet requirements set in the order.”

Meanwhile, the rancid smell – which residents have equated to rotten eggs – has persisted, which has prompted Palmetto politicians to try and find other ways of bringing pressure to bear on the company. For example, state senators Mike Fanning and Michael Johnson have tried to insert provisos into the state budget which would block New-Indy from receiving permits for any planned expansions of its operations.

In a motion (.pdf) to dismiss one of the federal class action suits filed against it, attorneys for New-Indy have argued that the company has done nothing wrong. They claim its critics are attempting to “drum up a false narrative to paint New-Indy as a profit-hungry business with little regard for the environment or citizens’ well-being.”

“They fail to reconcile this contrived them, however, with their acknowledgement that New-Indy obtained state authorizations and permits for its activities and allege no violations of these permits,” the motion noted.

The motion also contends that private nuisance claims filed against New-Indy are inappropriate because there is no “actionable injury.” According to the New-Indy attorneys, plaintiffs “have only alleged injuries to their persons,” and that damage to property is necessary in order to pursue a valid claim against the company.

Such an assertion strikes me as prima facie ridiculous, but if New-Indy’s attorneys needed evidence of damage to property I would imagine that the real estate markets in York, Union and Lancaster counties should soon oblige them. After all, even in a seller’s market no one is going to want to purchase a home in an area where citizens have resorted to wearing gas masks protect themselves from the stench (and from possible long-term adverse health consequences of air pollution).

Stay tuned … my news outlet will be tracking future developments in this case very closely.

SC Officer Charged And Fired After Body Cam Shows Use Of Force In Arrest. He Apologized