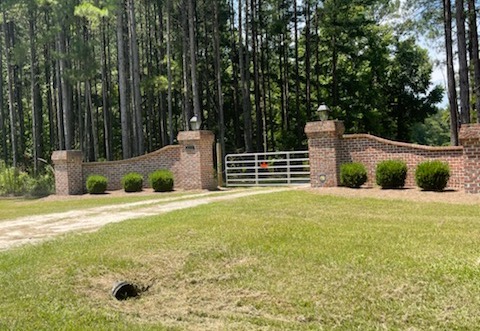 Eighteen days after Paul Murdaugh and Maggie Murdaugh were murdered in Colleton county, South Carolina, a spokesperson for the powerful Murdaugh family released a statement about a reward they are offering for information in the high-profile investigation.

The (Columbia, S.C.) State newspaper first reported that Amanda Loveday, chief operating officer at Columbia, S.C.-based NP Strategy, was working with the Murdaugh family. On Friday, Loveday released a statement about a $100,000 reward offered by the family in connection with the murders. The statement said that Alex and his son Buster Murdaugh offered the reward.

The South Carolina Law Enforcement Division (SLED) – the agency investigating the murders – confirmed to this news outlet that it authorized attorneys Jim Griffin and Dick Harpootlian to include SLED’s tip line number in their news release offering the reward.

At the time of Paul Murdaugh’s death, Harpootlian was representing him on three felony boating under the influence (BUI) charges filed in connection with a February 2019 boat crash that killed 19-year-old Mallory Beach of Hampton, S.C.

“SLED has committed to them that if we receive a tip on the dedicated tip line that leads to the arrest and conviction of anyone responsible for the murders, that we will provide them with the information to evaluate the potential payment of the reward,” SLED spokesperson Tommy Crosby told FITSNews. “In order for SLED to maintain our independence we cannot be involved with facilitating or adjudicating any potential reward claims.”


In the statement, Alex Murdaugh spoke to the public for the first time since the double homicide on June 7.

“I want to thank everyone for the incredible love and support that we have received over the last few weeks. Now is the time to bring justice for Maggie and Paul,” Alex Murdaugh said in the statement issued by the publicist. “Buster and I, along with Maggie’s mother, father and our entire family, ask that anyone with helpful information immediately call the SLED tip line or Crime Stoppers.”

For a person to get the reward, they must provide information that leads to an arrest. The tips must be submitted before Sept. 30, 2021.

Alex Murdaugh called 911 around 10:07 p.m. on June 7 after he allegedly found Maggie Murdaugh, 52, and her son Paul Murdaugh, 22, murdered at the hunting property, located at 4147 Moselle Road near Islandton, S.C.

While no suspects have been named in the double homicide case, Alex Murdaugh — Paul’s father and Maggie’s husband — was initially named a “person of interest” in connection with the Moselle shootings, according to a sources close to the investigation.

Good Morning America reported that Alex was taking his father Randolph Murdaugh III — who died of cancer days after the murders — to the hospital on the day of the killings. After that, he reportedly checked in on his mother before returning to the hunting property, known locally as Moselle. This could be the “ironclad” alibi Alex Murdaugh is said to have provided police.

Attorneys close to the powerful Murdaugh family have told FITSNews that Alex is not a suspect in the case and is “cooperating fully” with SLED. These sources further claim that Murdaugh’s interview with SLED investigators last week was all about “closing the book on him as any sort of suspect” in the case.

However, FITSNews’ sources have challenged those assumptions.

State investigators are actively probing obstruction of justice allegations in the aftermath of the 2019 Beaufort County boat crash that killed Mallory Beach. — including allegations that could involve Alex Murdaugh and possibly other members of his powerful family.

At the time of his death, Paul Murdaugh was out on bond for his three felony BUIs in the fatal boat crash.

Jim Griffin and Dick Harpootlian represented Paul Murdaugh in that case that never went to trial.

RELATED | Murdaugh Murders: The Latest On The Boat Crash Lawsuit And Obstruction Of Justice Investigation

The Murdaugh family didn’t speak publicly about the murders until 10 days after the murders when they spoke to Good Morning America.

During the GMA interview, John Marvin Murdaugh said that his nephew Paul had been receiving threats from strangers since the fatal boat crash.

However, John Marvin Murdaugh told reporters he didn’t think the threats were credible and said the family didn’t try to identify the people behind them.

During the interview, John Marvin and Randy Murdaugh said their family is misunderstood by the public.

“You see words like ‘dynasty’ used and ‘power’ and I don’t know exactly how people use those words,” Randy Murdaugh said. “But we’re just regular people.. and we’re hurting just like they would be hurting.”

The Murdaugh family has loomed large in Lowcountry law for nearly a century — with three generations of its members serving as solicitor (South Carolina’s version of a district attorney) over a five-county region between 1920 and 2007. Two Murdaughs also work for the prominent Hampton, S.C. law firm of Peters, Murdaugh, Parker, Eltzroth and Detrick (PMPED).

Sources have told FITSNews that Paul Murdaugh was killed by two shotgun blasts – one to the chest and another through the arm and head. Maggie Murdaugh died of multiple gun shot wounds by a semi-automatic rifle, according to our sources.

Here are a few of the latest developments in the investigation:

In a news release on Monday, SLED chief Mark Keel asked for the public’s patience – urging them to “let the investigation take its course.”

SLED officials said they understood the case has drawn a lot of attention, but asked the public to “withhold judgment” until the investigation is complete.

“This case is complex, and we will not rush this or any investigation,” Keel said. “Investigative decisions we make throughout this case must withstand the scrutiny of the criminal justice process.”

Those wishing to give law enforcement information on the case should contact (803) 896-2605.