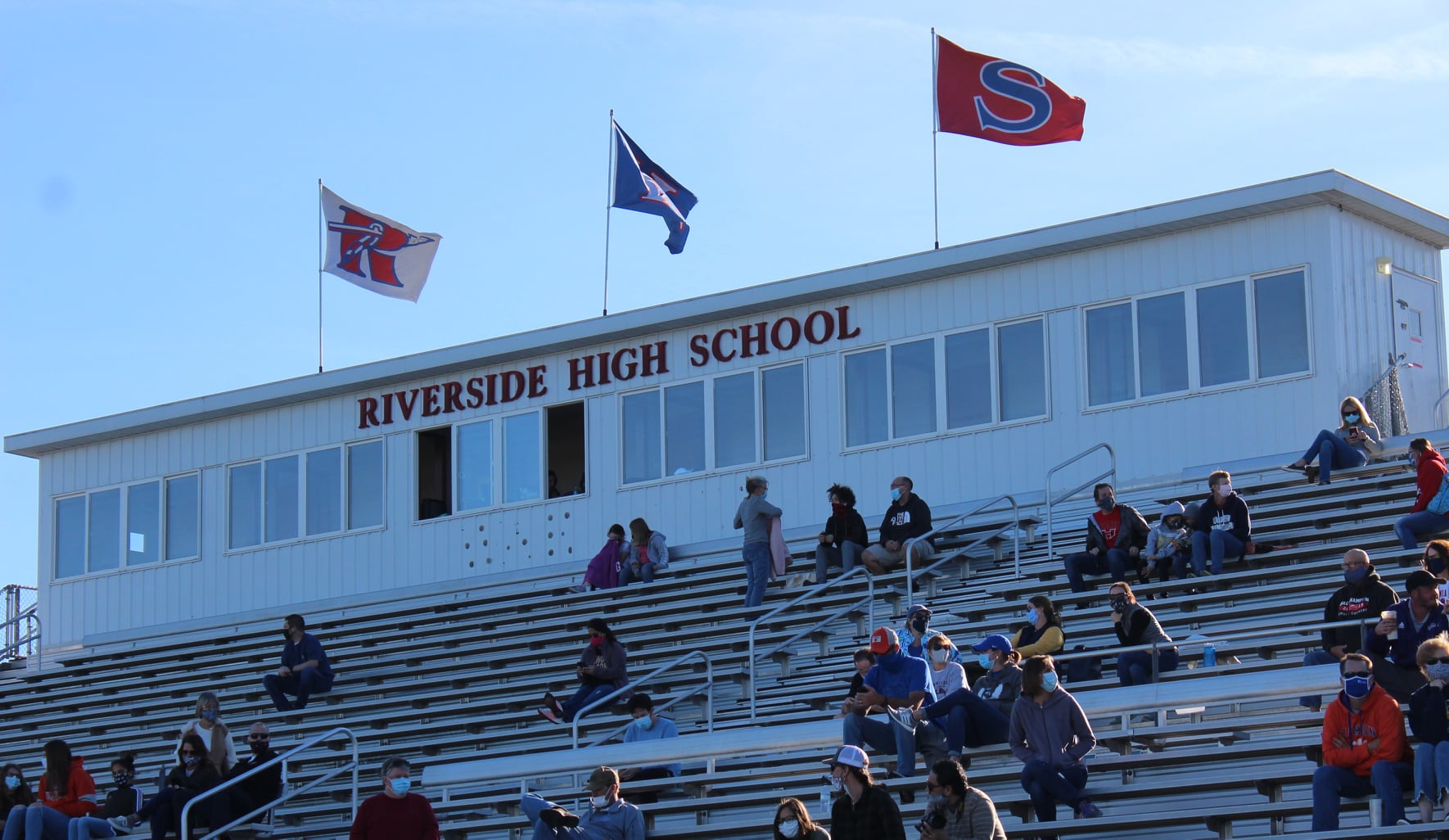 The arrest of an Upstate, South Carolina high school football coach on a sexual battery charge has fanned the flames of an ongoing saga involving an alleged sex ring in the Palmetto Upstate – one that could involve multiple minor students (or students who were minors at the time they were allegedly involved in sex acts with adults).

Riverside High School, located in Greer, S.C., is the primary high school serving the Thornblade neighborhood. Readers will recall this upscale neighborhood and its exclusive country club were rocked last summer by a host of different scandals.

Several of these allegations revolved around alleged financial irregularities at the country club, but reports of a sex and prostitution ring involving local high school students sparked an inquiry by the U.S. Department of Homeland Security (DHS)’s special investigations unit (HSI) – as well as a private investigation by a prominent Upstate law firm.

Now, for the second time in less than a year, a local high school coach in the immediate vicinity of the neighborhood has been accused of improper relations with students.


According to WYFF TV-4 (Greenville/ Spartanburg, S.C.), 39-year-old Erie Williams – Riverside’s head football coach – was arrested earlier this week by officers of the Greer, S.C. police department. Williams’ arrest was in connection with an alleged 2016 encounter with a 16-year-old student while he was employed at nearby Greer High School.

“These charges stem from an investigation launched in April after a former Greer High student alleged she and Williams had an inappropriate relationship during his tenure at Greer High,” a statement from the Greenville county school district noted. “Upon learning of the allegations, Williams was placed on administrative leave. He has not been allowed on a GCS campus since his leave began. The GCS administration will make a determination about Williams’ employment as soon as soon as the district reviews the evidence compiled by the Greer police.”

In addition to the sexual battery charge, Williams has been charged with contributing to the delinquency of a minor. His case will be handled by the office of S.C. thirteenth circuit solicitor Walt Wilkins.

As with anyone accused of committing any crime, Williams (above) is considered innocent until proven guilty by our criminal justice system – or until such time as he may wish to enter some form of allocution in connection with a plea agreement with prosecutors related to any of the charges filed against him.

Just eight months ago, this same school was rocked by allegations against Eric Cummings – its former girls and boys track and cross country coach. Cummings’ teams captured multiple state championships following his hiring in 2006 – and he won national coach of the year honors in 2017.  Prior to his tenure at Riverside, he coached at Byrnes High School in Duncan, South Carolina.

As for Cummings, he committed suicide by hanging on September 22, 2020 – the day after Hickman reported him to Greer police.

Despite significant speculation, as of this writing I have been unable to uncover any connection between Cummings and the various Thornblade-related scandals my news outlet has covered. Nor for that matter is there any suggestion the latest allegations against Williams are tied to the Thornblade saga.

At least one civil suit with potential ties to Thornblade was filed last year against the Greenville county school district. That suit (.pdf) involves Brian Gem Garrison – a former adjunct tennis coach at Eastside High School in Taylors, S.C. who was arrested and charged with contributing to the delinquency of a minor in the spring of 2019.

According to the lawsuit, Garrison was protected in his alleged predatory activities by the school’s athletics director.

As my news outlet reported months ago, Garrison drew the attention of HSI investigators due to his alleged proximity to several students named in a “dossier” about Thornblade that was provided to local and federal law enforcement agencies last summer. I have been attempting to obtain a copy of this dossier from the Greenville county sheriff’s office, but as of this writing those efforts have been unsuccessful …

Stay tuned … my news outlet is continuing to investigate all of these stories in the hopes of untangling the various webs and providing our readers with accurate information on exactly what is transpiring in this wealthy, well-connected corner of the Palmetto State.