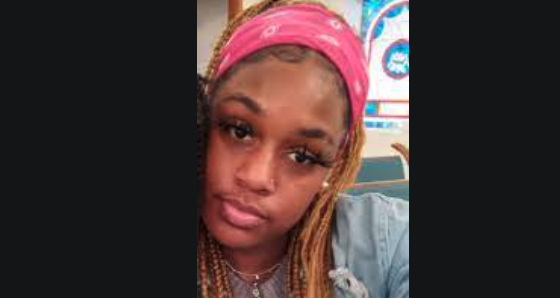 Three teenagers have been arrested and charged in the kidnapping and murder of a Columbia, South Carolina teen who was found dead last week after she was missing for three weeks.

Now, the family of 15-year-old Sanaa Amenhotep is accusing Richland County Sheriff Leon Lott‘s department of not doing enough to find her in those three weeks when they were desperate for answers.

“The Richland County Sheriff’s Department did not take this matter serious enough,” Sanaa Amenhotep’s father Sharif Malik Amenhotep, an anti-violence activist from New Jersey, said in a press conference this weekend. “In terms of an investigation, there was no investigation.“

Sharif Amenhotep said he started investigating his daughter’s disappearance soon after she went missing on April 5. He said that they learned early on that Sanaa was abducted and she didn’t run away, but the Richland County Sheriff’s Department didn’t listen to them.

“After 22 days, we finally got the sheriff on board, and within 72 hours with the resources they had, they not only found (my daughter) but found the people responsibler,” he said.

Sanaa Amenhotep, a Richland Northeast High School student, was found in a wooded area off I-20 in the Leesville area of Lexington County on Wednesday evening, Lexington County Coroner Margaret Fisher said.

On Friday, Treveon Nelson, 18, of Cayce, was charged with murder, kidnapping, criminal conspiracy and possession of a weapon during a violent crime.

Two other unnamed minors were also charged with murder, kidnapping, criminal conspiracy and possession of a weapon during a violent crime. One of the minor suspects was arrested on the same night Sannaa’s body was found. Lexington County Sheriff’s Department officials said they won’t release the minors’ names because they’re under 18.

Because Sanaa was allegedly kidnapped in Richland County and murdered in Lexington County, the Lexington County Sherriff’s Department is in charge of the murder investigation.

The female minor who was arrested Wednesday “took detectives to where the victim’s body was located” and implicated the two other suspects in the murder and kidnapping, according to arrest warrants. She also led police to evidence in the case.

Around 10 p.m. on April 5, Nelson and the two minors “lured” Sanaa Amenhotep into a stolen vehicle where they held her at gunpoint as they drove on I-77 and I26 into Lexington County, according to arrest warrants (below). They took her phone as they held her against her will.


Acccording to the Lexington County Sheriff’s Department, the three suspects knew Sanaa before the murder.

The three teenagers then took Sanaa to a field in the 500 block of Rish Road in Leesville, South Carolina late in the evening on April 5 and shot her multiple times, according to arrest warrants.

She was buried in a shallow grave, where her body stayed for three weeks while her family searched tirelessly before authorities found her on April 28.

Sanaa’s father claims that she would have been found sooner if the Richland County Sheriff’s Office took Sanaa’s abduction more seriously.

“As a result of their delay and their lack of urgency and her being buried in a shallow grave and shot viciously 11 times, her body decomposed and we can’t have a proper viewing of her (at her funeral),” Sanaa’s father said.

WACH FOX reached out to the Richland County Sheriff’s Department to get their side of the investigation, but Richland County officials said they won’t release any more details in the case.

Since Richland County Sheriff Leon Lott was named ‘Sheriff of the Year’ by the National Sheriff’s Association in March, he has been criticized in the media multiple times for several different issues facing the department — which is very rare for the beloved veteran law enforcement leader.

Despite these complaints, Lott continued to allow Bradley to work as a school resource officer around teenagers in Richland County School District Two and Bradley’s predatory behavior escalated before he was fired and arrested for criminal sexual conduct in November 2019, according to recent court filings.

Last year, FITSNews was the first media outlet to report on a lawsuit that alleges two black teenagers were coerced into signing rape confessions then wrongfully jailed for month — even after DNA evidence proved their innocence.

That lawsuit has uncovered major problems within the Richland County Sheriff’s Department under Lott’s leadership — including racist texts allegedly sent by a senior investigator that Lott has never addressed.

In an October court filing, lawyers representing the two teenagers allege that there is “culture of misconduct and coverup” at RCSD.

FITSNews will continue to keep a close eye on the Sanaa Amenhotep case and the Richland County Sheriff’s Department. Stay tuned…