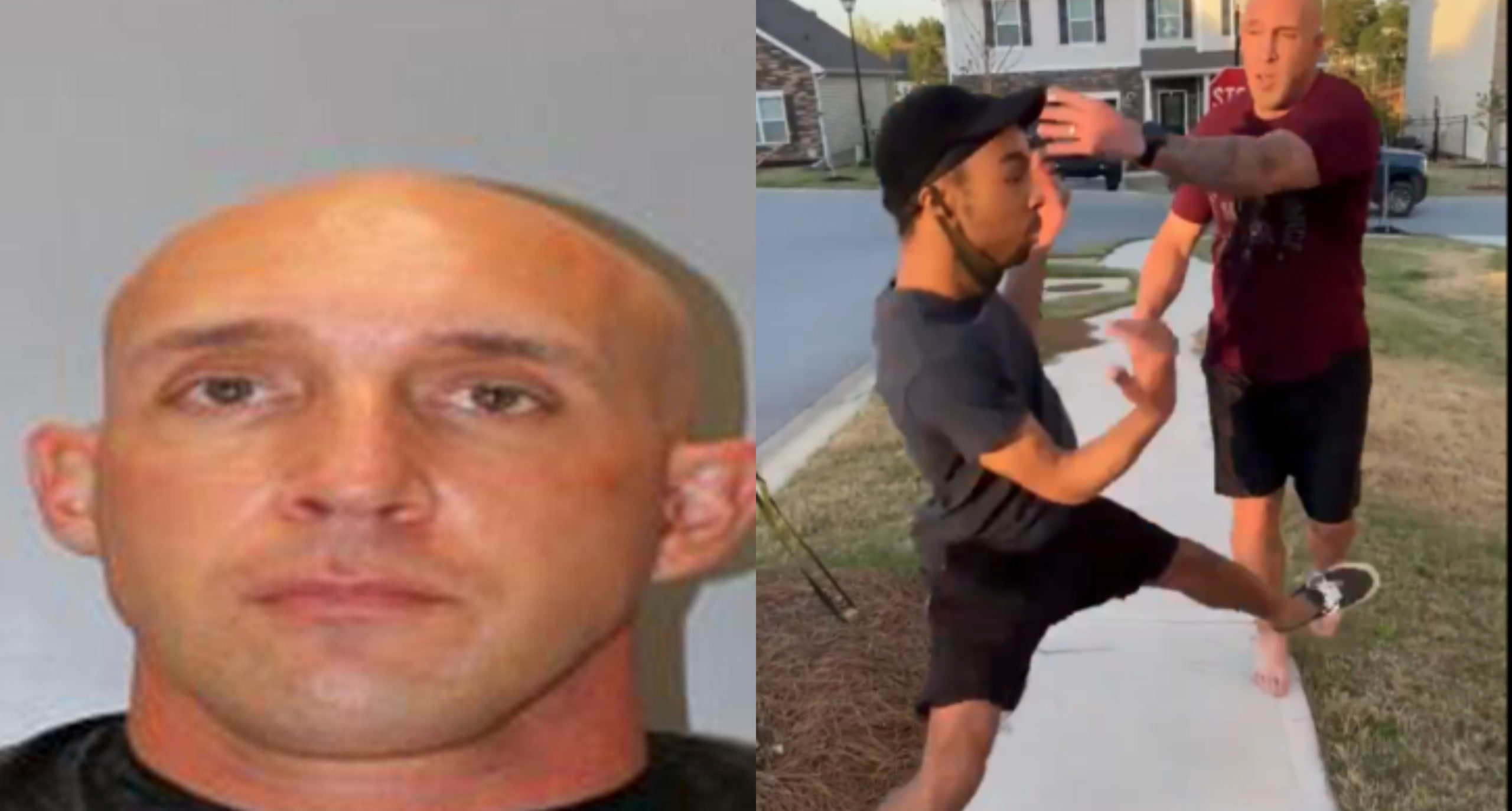 The U.S. Army has taken action against the Columbia, South Carolina soldier seen on video harassing a black man in the Summit neighborhood earlier this week.

Fort Jackson officials said Thursday that Jonathan Pentland was suspended from his duties as an instructor while they investigate criminal charges against him.

Pentland was charged yesterday with third-degree assault and battery in the incident that occured Monday.

He was transferred to Fort Jackson Wednesday after he was released on bail.


“Soldier conduct on and off duty must be exemplary to retain the trust of our communities and our nation,” Fort Jackson Commander Brig. Gen. Milford Beagle, Jr. said.

Beagle said that the Department of Justice is investigating the incident at the federal level as well.

The viral video (below), originally posted by Shirell Johnson, shows Pentland screaming and shoving an unidentified black man walking in the Columbia neighborhood.

The video has been viewed more than 5 million times.

“You’re in the wrong neighborhood, motherf*cker,” Pentland screamed at the black man.

Pentland asked the black man several times where he lived.

You’re the aggressor, buddy,” a neighbor, who appears to be Pentland’s wife, shouted at the black man.

“You’re aggressing on our neighborhood,” Pentland told the black man.

The black man then tried to step closer to the woman to speak to her. Pentland then shoved him and started yelling threats.

According to Johnson’s Facebook post, Pentland smacked the black man’s hand and broke his phone after the video stopped recording.

Richland County Sheriff Leon Lott said they investigated the incident starting Monday, but the video played a key role in the investigation.

Lott said the black man is “a victim in this” and he did not name him during the press conference. When asked what events led up to the assault, Lott said the actions that occurred before the video didn’t justify the assault.

On Thursday, Fifth Circuit Solicitor Byron Gipson issued a statement after members of the community protested and demanded that more charges be filed, Adam Benson of the Post and Courier first reported. Gibson said some people are calling for Pentland to be charged with unlawful restraint — which is not a law.

“Aside from this clarification as to the existence of this statute, it would be premature for this office to comment on the possibility of additional charges as I have not yet had the opportunity to review the complete investigation of this matter,” Gipson said.

Around 9:30 p.m. Wednesday, the Richland County sheriff’s department tweeted that protests around Pentland’s home became “violent,” and the family was removed from the home. Officials asked that protesters leave the area. The neighborhood has been closed off by police. A deputy was stationed at Pentland’s home today.