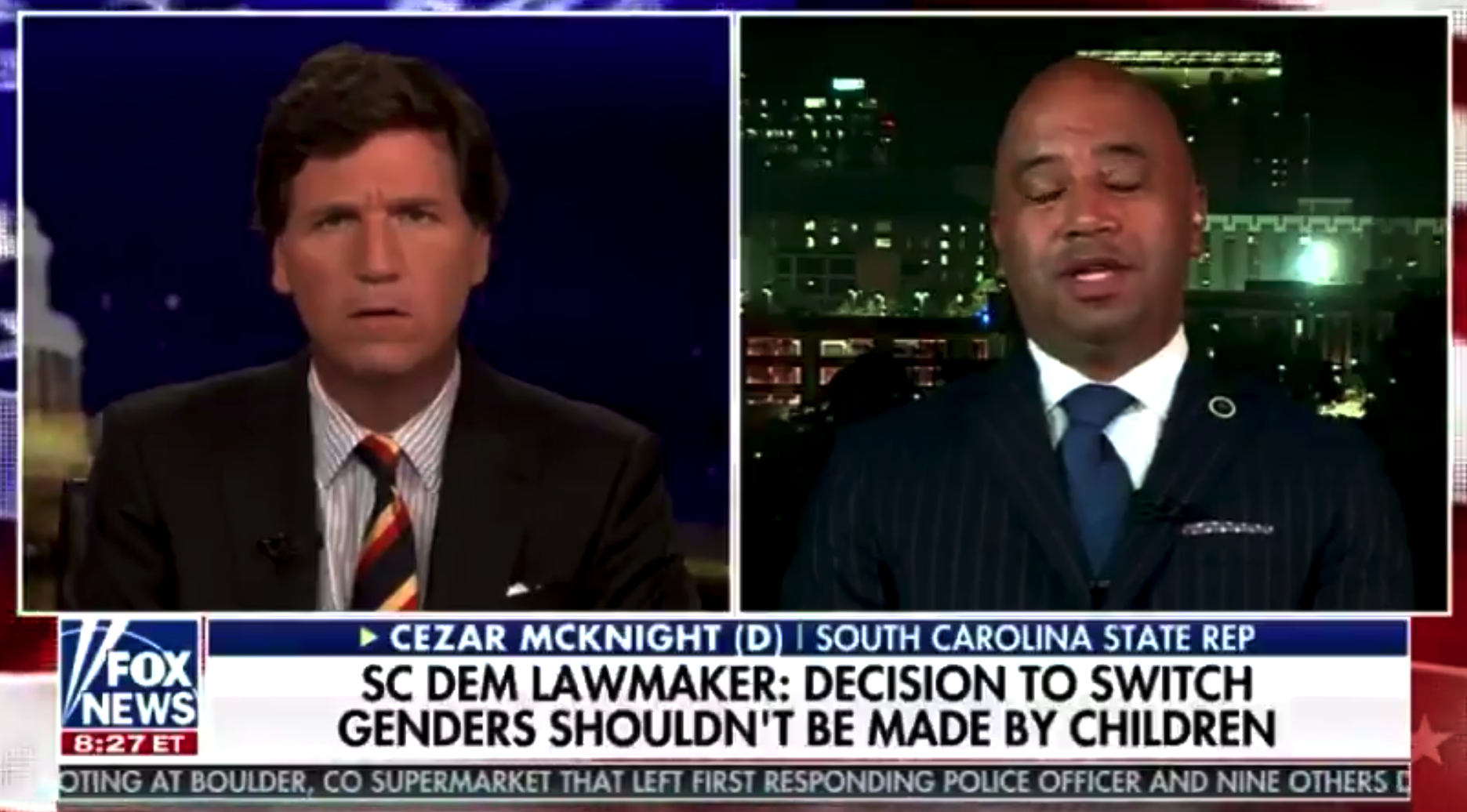 A South Carolina Democrat appeared on Fox News last night to discuss his bill banning hormonal treatment and sex-assignment surgery for kids under 18.

In a very rare occurrence, Tucker Carlson agreed with a South Carolina Democrat on national television.

“In South Carolina, you have to be 18 years old to get a tattoo,” McKnight said to Carlson, who agreed with him. “So how is it that you can get an irrevocable procedure performed on you at any age during your adolescence? It’s ridiculous.”

In South Carolina, it is illegal for kids under 18 to get a tattoo —regardless of parental consent. McKnight’s bill, called the South Carolina Vulnerable Child Compassion and Protection Act, does not give parents a choice to decide if their children can undergo sex-reassignment procedures.

Critics of the bill, particularly those in McKnight’s party, believe it’s just another way to block transgender rights.

McKnight, of Kingstree South Carolina, said on Fox News that he’s been accused of bigotry for sponsoring the bill.

Others have accused McKnight of not listening to doctors.

The bill would essentially make it a felony crime for medical professionals to perform sex-reassignment surgeries and procedures on anyone under 18 in South Carolina. It carries a harsh penalty — imprisonment up to 25 years.


McKnight is the primary sponsor of the bill, which was introduced March 9. With the support of 27 other Republican lawmakers, the South Carolina Vulnerable Child Compassion and Protection Act was referred to the judiciary committee for review.

McKnight told the Associated Press last week he has no plans to withdraw the bill. On Fox News, McKnight said his bill is helping him gain bi-partisan support in his very rural South Carolina district.

“African-American Democrats are very much more conservative than their White Caucasian counterparts,” he said.