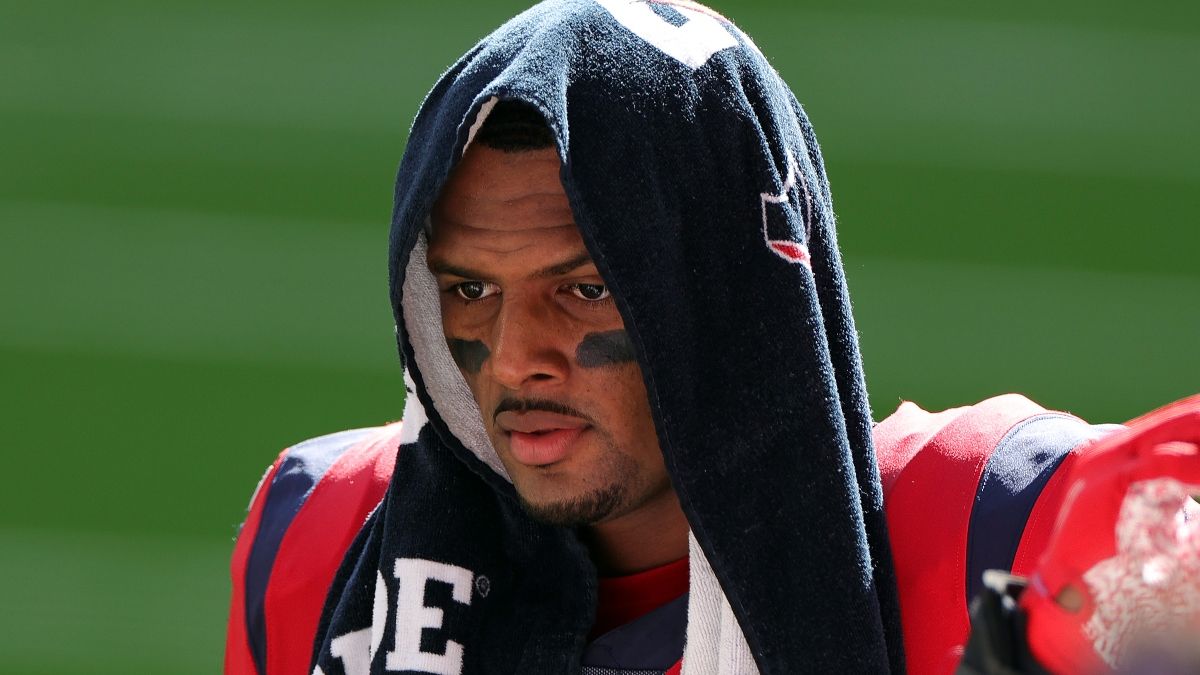 The movie Jerry Maguire has always been one of my favorites. For those of you who only remember the “show me the money” line from this Cameron Crowe classic, the movie depicts the evolution of a shallow, superficial sports agent who – after eating a slice of bad pizza and “growing a conscience” – totally reinvents his business (and his life) around a set of more altruistic principles.

In one scene from the movie, Jerry Maguire – prior to his conversion – addresses sexual misconduct allegations leveled against one of his clients.

“There’s no proof of anything except this guy is a sensational athlete,” Maguire says.

Why bring this up today?

Because as of this writing, the same could be said of Houston Texans’ quarterback Deshaun Watson – a former Clemson University football star who is entering his fifth season in the National Football League (NFL).

Watson has thrown for 14,539 yards and 104 touchdowns during his four years with the Texans – and rushed for 1,677 yards and another 17 touchdowns. In three years at Clemson, he led the Tigers to a pair of College Football Playoff (CFP) appearances – including a victory over Alabama to capture the 2016 national championship.


Watson also earned his place in Palmetto Bowl history by playing on a torn anterior cruciate ligament during the Tigers’ 35-17 victory over South Carolina in 2014 – a game which broke a six-game skid in the series for Clemson.

Prior to last week, Watson was the focus of voluminous reporting over his status with the Texans – specifically his demands to be traded from the organization.

Would he be traded? Where would he go? What should the Texans expect to receive in exchange for him?

These were the questions dominating news reports.

Now, though, the 25-year-old Gainesville, Georgia native is the focus of far more serious speculation …

Watson is currently staring down lawsuits from (at last count) sixteen different women alleging various forms of unsolicited and nonconsensual lewd behavior – up to and including allegations of sexual assault. Most of the lawsuits are filed by masseuses or personal trainers allegedly hired by Watson.

All of the women are represented by the same attorney, Tony Buzbee of Houston, who has hinted that as many as two dozen accusers may eventually come forward.

The allegations against Watson are graphic. And, if true, they would seem to indicate a pattern of improper – potentially illegal – behavior on his part. As of this writing, all of the cases currently filed against the quarterback are civil in nature. Several of Watson’s accusers have reportedly turned over information to the Houston police department, however, meaning there could very well be a criminal investigation into these allegations looming – or perhaps even already underway.

Meanwhile, the NFL has launched its own investigation of Watson to see if he has violated its personal conduct policy – potentially meriting a suspension.

As for Watson, he has issued a blanket denial of any wrongdoing.

“I have never treated any woman with anything other than the utmost respect,” he tweeted, adding that he was looking forward to “clearing my name.”

“I love Deshaun Watson,” Swinney told reporters this week. “He’s like a son to me. That’s how I love him. I’ve known Deshaun since he was in the ninth grade and he has been nothing but exemplary in every area. I think I had a chance to yell at him one time. He was five minutes late for a team meeting that he overslept for – and that’s it. That’s the Deshaun I know. I can only base my thoughts on my experiences – and they’ve been wonderful. Again, I love him like a son. We’ll just have to see where everything goes from here.”

So far, it is going in the direction of a high-stakes, high-profile public relations war – one which is decimating Watson’s trade value just weeks ahead of the 2021 NFL Draft.

The latest gambit? Watson’s attorney – Rusty Hardin of Raleigh, N.C. – has alleged that one of the women suing Watson attempted to blackmail the Texans’ star for $30,000 in exchange for her “indefinite silence” regarding an encounter she allegedly agreed was consensual.

Buzbee rebuked Hardin, saying that “attempting to criminalize or minimize those that speak out or step forward is wrong.”

Obviously, I don’t have any sense as to the truth behind these allegations. No one knows the truth except for Watson and the women who have accused him of various sexual misconduct. Perhaps Watson is – as some have alleged – a serial sexual “predator” who stalked masseuses and trainers and subjected them to the sort of raunchy, unsolicited behavior outlined in these complaints. Or perhaps the quarterback really is the victim of some elaborate shakedown scam.

The facts of the case (to the extent they can be uncovered) will ultimately bear out the truth, and remember … the burden of proof always falls on those making the allegations. As it should.

Certainly the sheer volume and jarring specificity of the complaints does not bode well for the star signal caller, but again … “there’s no proof of anything except this guy is a sensational athlete.”

Joe Biden Falling Down Is Funny … Until It Isn’t

Will Muschamp Got A Raise?