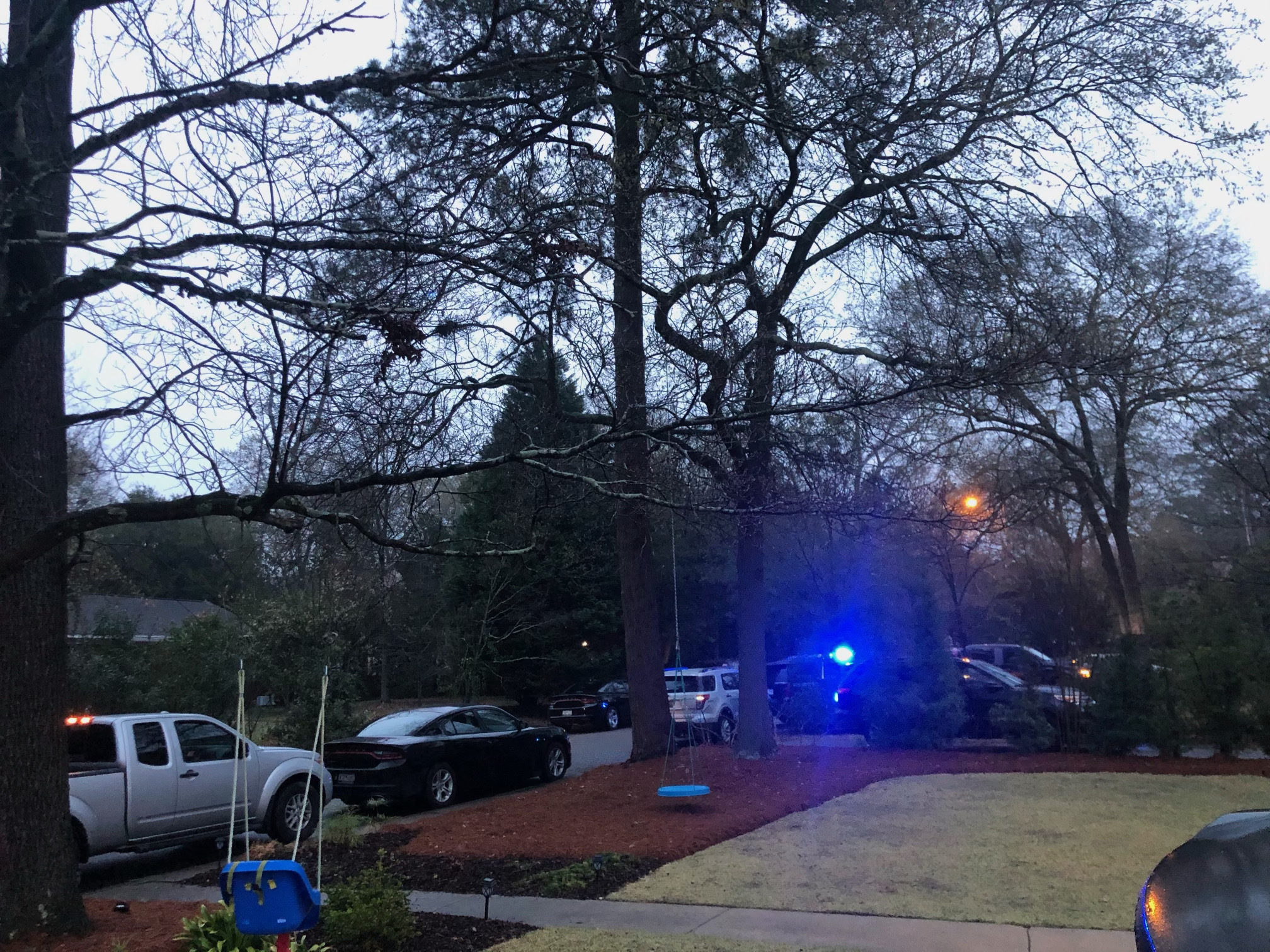 WIS reported late Thursday morning that Gregory, 60, was charged with lewd acts upon a child. The alleged incidents took place between 2002 and 2004.

On Thursday afternoon, Gregory was given a $100,000 personal recognizance bond under the condition he has no contact with the victim, turn in his passport, and stay within South Carolina.

The drama began at around 7:40 a.m. EDT, per our sources. One witness told us police arrived at Gregory’s home with a battering ram and loudspeakers blaring – instructing Gregory to come out of his home and surrender peacefully to them.

Officers had their guns drawn as they commenced the raid on Gregory’s home, one witness told us.

Most of the police cars involved in the raid were unmarked, however our sources say there were a few marked cars from the Richland county sheriff’s department on the premises.

Gregory resides at 2508 Windsor Road in the the affluent Forest Hills neighborhood off of Gervais Street in downtown Columbia, S.C. The raid on his home caused considerable commotion in the neighborhood, witnesses said.


Moments after police arrived, Gregory was reportedly led out of the residence in handcuffs and placed in the back of an unmarked squad car while officers “moved through the house.”

Many Columbia residents have viewed Gregory as a person of interest in the mysterious disappearance of 23-year-old art student Dail Dinwiddie from outside a downtown dive bar nearly three decades ago. In fact, his name was bandied about last fall when it appeared as though there was a new break in the case.

However, our law enforcement and prosecutorial sources moved quickly to quash that speculation – telling us the current investigation into Gregory “has nothing to do with Dail.”

As of 9:00 a.m. EDT, police were ” still inside searching the house,” per one of our sources. Shortly after 9:30 a.m. EDT, Gregory was reportedly transported to the detention center.

Gregory is set to appear in court on May 7.