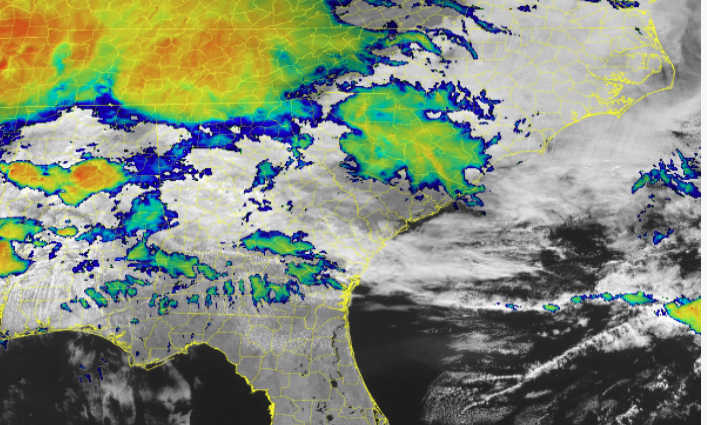 A dangerous wave of storms moving east this week is likely to unleash damaging winds, large hail, and/ or tornadoes across South Carolina Thursday, according to meteorologists at the National Weather Service (NWS).

“Weather experts around South Carolina are calling for a high possibility of tornados around the state,” S.C. Emergency Management Office officials said, urging residents to prepare for severe storms tomorrow.

The majority of the state is in the “moderate risk” zone tomorrow, which is the second highest alert for severe weather and is rarely issued by the NWS.


In anticipation for the severe weather, most Midlands school districts including Richland One, Richland Two, And Lexington-Richland School District Five will have school online tomorrow.

The Upstate — Greenville, Spartanburg, Pickens, and Cherokee counties — has a lower chance of seeing severe weather tomorrow and was not included in the alert.

The same system is threatening to do serious damage across the deep South today — the NWS issued a high-risk warning for Mississippi and Alabama through Wednesday night. It’s the first time the NWS has issued the alert since May 2019, AccuWeather reported.

The band of storms, along with a cold front, is expected move into the eastern portion of South Carolina by Thursday morning.

Damaging winds with enough strength to knock down trees and cause power outages could start as early as 10 a.m. in the Midlands, according to NWS – Columbia forecasters.

NWS – Columbia meteorologists believe the I-95 corridor area has the highest potential for tornadoes tomorrow from the early afternoon to the evening.

The storm is capable of producing EF-2 or higher tornadoes that could cause significant damage, according to NWS-Columbia.

While all severe weather threats are on the table for this storm, forecasters are most concerned about damaging winds tomorrow (speeds up to 70 mph inland and 58 mph on the coast).

“On Thursday, gusts of 70 mph will be possible. Roof damage, blown-out windows and crashing trees can be caused by fierce winds in lieu of tornadoes and for that reason, people should take severe thunderstorm warnings as seriously as tornado warnings,” AccuWeather reported.

Forecasters are reminding residents that these outlooks are uncommon — even last year when tornadoes killed 9 people across South Carolina, the NWS didn’t issue this kind of alert.

NWS- Charleston forecasters say the severe thunderstorms should arrive between 1 p.m. and 6 p.m. in the Lowcountry region west of I-95 and from 1 p.m. to 6 p.m. east of I-95.

The storm will gradually weaken as it heads toward the coast as the cold front moves offshore, according to the NWS.

Forecasters are urging South Carolina residents to take this storm seriously and watch the weather this week.

“Make sure you have a plan in place, a safe place for shelter and multiple ways to reliably receive warnings,” NWS forecasters said on Tuesday.

The storms are expected to clear by Thursday evening.

Here are the latest forecasts/ severe weather alerts for the highest threatened areas….


Stay tuned… We will continue to update this story throughout the day if the forecast changes.

South Carolina Is One Of The Most Federally Dependent States In The U.S.