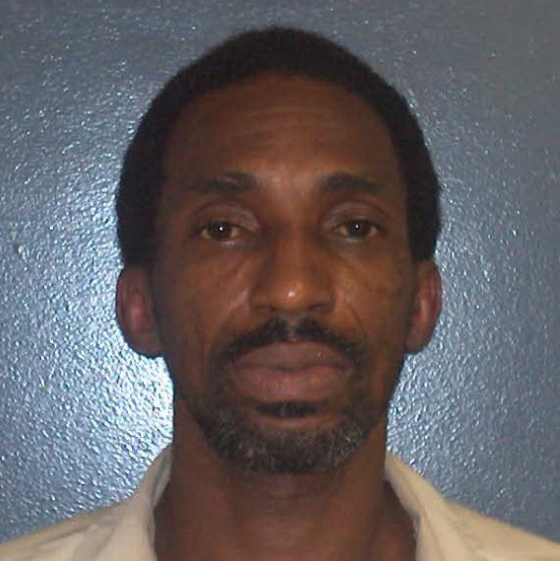 A shocking development in the case…..

A convicted Hilton Head Island, South Carolina killer and sex offender was not released from jail as scheduled this week after an exclusive FITSNews story exposed an apparent court failure — which appears to be caused by gross negligence from public officials.

His case should concern anyone who values public safety.

We value public safety at FITSNews — unlike all the other local media who chose to ignore this concerning, consequential story.

After FITSNews published its story last week about Frazier’s scheduled release and shockingly low bond ($1,000 cash), Hilton Head residents were warned about their new neighbor Eckerin Frazier — who Judge Carmen Mullen ordered to live on Spanish Wells Road, just a mile away from where he dumped 60-year-old Bertha Neaman’s body after he killed her in 1988.

One of those Hilton Head residents changed the projected path of Frazier’s case.

The man who lives at the address FITSNews listed in its report was shocked to see that a convicted killer and sex offender was ordered by the court to stay at his home.

He said he was never informed by the court that Frazier was ordered to live with him. He was never told that he was named in a public document as the person responsible for housing a violent criminal and convicted sex offender.

It appears that Frazier lied when he told the court he would be living with his “uncle” on Spanish Wells Road — and the public defender Courtney Ann Gibbes, the prosecutor Hunter Swanson, who is in charge of the Special Victims Unit of the 14th Circuit Solicitor’s Office, and judge Mullen apparently took him at his word.

All three officers of the court apparently failed to do their part when the bond agreement was made on February 23.

That failure forced the court to temporarily revoke Frazier’s bond on Monday — just two days before he was scheduled to be released.

The blunder and apparent lack of follow-through raises so many questions about our local judicial system.

An official with the 14th Circuit Solicitor’s Office told FITSNews they can’t comment on pending cases. FITSNews reached out to Judge Mullen for comment and did not hear back at the time of publication.

Even though Frazier has been in prison for 20 years for violent crimes in the 1980s, he still has a charge pending in criminal court.

Two separate times, the 14th Circuit Solicitor’s Office has let Frazier off easy after he admitted to horrifying crimes.

After admitting to the violent rape of a tourist on a Hilton Head beach in 1982, he served just a fraction of his 10-year sentence. He was released a few years later.

Just six years after the rape, Bertha Neaman’s body was found behind a church on Spanish Wells Road. Investigators determined that she, too, was raped, and they collected semen from the body.

At the time, investigators didn’t have the technology to test crime scene DNA, but they held on to the evidence.

Bertha Neaman’s murder went unsolved for more than a decade, but Beaufort County Sheriff’s Office investigators didn’t give up.

The next year, witness interviews and other evidence led investigators to Frazier. Beaufort County law enforcement and the solicitor’s office determined they had enough evidence to charge him in Neaman’s death.

He was indicted for murder on June 12, 2000. Frazier didn’t know Neaman, but she was targeted because she was a newspaper carrier who made her deliveries at night. The murder appeared to be premeditated and random.

Then, again, Frazier got another sweetheart deal from prosecutors.

At trial in 2001, he pleaded guilty to the lesser charge of voluntary manslaughter and an unrelated armed robbery. Prosecutors also dropped two additional charges of kidnapping and weapons possession in the case.

He was sentenced to 25 years in prison and his DNA was submitted to the national database.

At the time, prosecutors didn’t have enough evidence to charge and convict him of the rape.

Years passed, and while Eckerin Frazier sat in prison for the murder, DNA technology improved drastically.

As Frazier’s release date got closer and closer, cold case investigators didn’t forget about Neaman’s case — or the possible rape charge that he had not served time for.

In 2019, sheriff’s office investigators submitted a request for a DNA analysis of evidence in Neaman’s case — using vastly improved DNA technology that simply did not exist 20 years ago to see if it would lead to any suspects.

Frazier was then charged with first-degree criminal sexual conduct in the rape of Bertha Neaman.

When Frazier was arrested for first-degree criminal sexual assault in 1982, his bond was $50,000 — five times the amount of the bond he was ordered for the same charge in 2021.

He faces up to 30 years in prison for the charge.

Frazier will soon be scheduled for another bond hearing, according to the Beaufort County Clerk of Court’s office.

In general, judges consider several factors when determining a defendant’s bond, including:


Considering he has already lied to authorities about where he would live, the court should consider him to be both a flight risk and a danger to the community. In that case, a judge could revoke his bond permanently and ensure that he stays in jail until his case goes to trial.

However, anything is possible in this case — as we’ve seen so far.

Editor’s note: This article is a news analysis by Mandy Matney, who has been covering this case since 2019. She spoke with more than 10 sources for this story.

SC Deputy Arrested After He Punched A Woman In The Head, Police Say