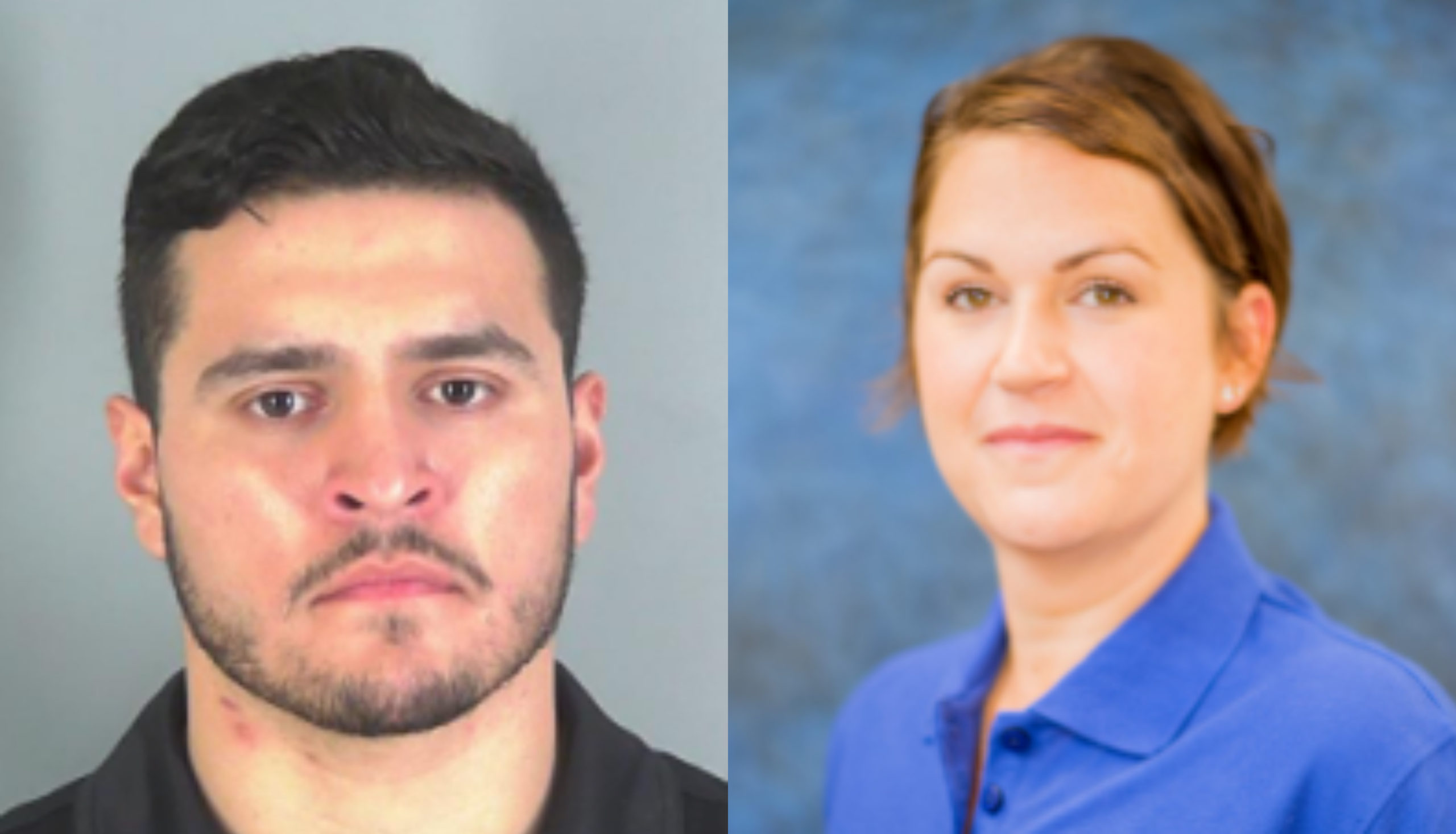 He was charged with reckless homicide, failure to stop for blue lights resulting in death, driving under suspension, failure to return driver’s license after suspension notice, operating unregistered vehicle, and use of license plate other than for vehicle in use.


Barron was driving a Cadillac on Blackstock Road in Spartanburg County around 4 p.m. on Feb. 10, WYFF reported.

Just before the crash, Spartanburg County deputies tried to pull over the Cadillac for a traffic violation, Fox Carolina reported. He refused to stop, according to media reports.

Just after they ended the chase, Barron’s Cadillac collided with Munyon’s vehicle. Deputies who spoke with WYFF said the crash was extremely loud and “violent.”

According to arrest warrants (below), SLED investigators found that Barron was driving “in a manner that indicated willful or wanton disregard for the safety of persons and caused the death of Jessica Ruth Munyon.”


The 7th Circuit Solicitor’s Office is prosecuting the case.

A bond has not been granted in the case. As of Thursday afternoon, Barron was still behind bars.

Jessica Munyon was a teacher at South Carolina Whitmmore School.

“Jessica joined the school in 2016 and had an incredible impact on the lives of students across South Carolina,” school officials said said in a statement. “Jessica not only faithfully served as a teacher, but as a department chair and advisor. She will truly be missed by the entire SC Whitmore School family.”

Munyon is a Hilton Head High School graduate and a University of South Carolina alum.

“Jessica was a wonderful creative person with a wicked sense of humor and was very devoted to her family and friends,” her obituary said.