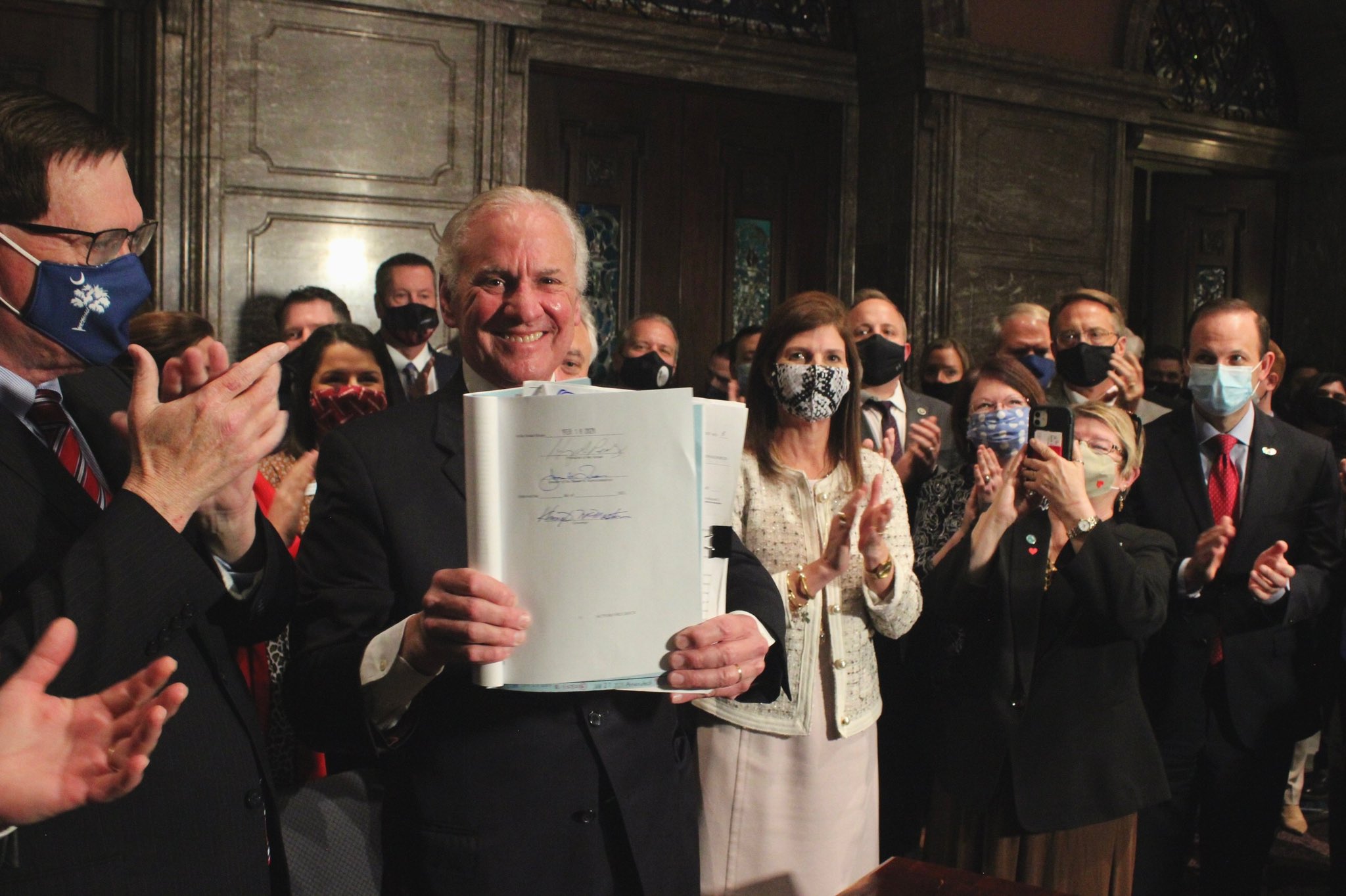 South Carolina took a bold pro-life step this week when its Republican-controlled legislature advanced a bill outlawing most abortions within the state – although the new law faces an uncertain future given the inevitable challenges it faces in the federal court system.

Actually, a lawsuit targeting the “heartbeat law” was filed before it was signed by S.C. governor Henry McMaster – and well before local authorities could attempt to enforce it within the state’s borders.

“Today, we made history,” McMaster said. “The heartbeat bill is now the law of South Carolina and we will defend it with everything in us because there is nothing more important than protecting the sanctity of life!”

S.C. attorney general Alan Wilson announced that his office had been named in connection with the lawsuit prior to McMaster signing the bill at a ceremony in the upper lobby of the S.C. State House.

“The attorney general’s office has already been named by plaintiffs in a legal action to block this law from taking effect,” Wilson said in a statement. “My office will vigorously defend this law in court because there is nothing more important than protecting life.”


The suit was filed by abortion provider Planned Parenthood and an Upstate, S.C. women’s clinic. It was accompanied by a request for a temporary injunction – which would prevent the law from being implemented while the case makes its way through the federal court system.

Sources within the attorney general’s office told us they expected the injunction request would be granted.

The “heartbeat bill” – which bans abortions in the state once an unborn child’s heartbeat has been detected in the womb – was championed in the S.C. General Assembly by Senate majority leader Shane Massey as part of his 2022 gubernatorial jockeying.

As recently as last year, though, Massey acknowledged the heartbeat bill was “clearly unconstitutional under current interpretation” and that defending the legislation against an inevitable federal lawsuit would require a “lengthy and expensive court battle.”

One the state is unlikely to win …

While the passage of the legislation is seen as a political win for Massey and other “Republicans,” they have been slammed by many pro-life advocates for including exemptions for victims of rape and incest within the law.

The inclusion of these exemptions prompted one pro-life advocate to refer to the bill as providing for the “incremental regulation and perpetuation of child murder.”

This news outlet’s founding editor Will Folks has editorialized for years in favor of the right to life – calling it the “indispensable liberty.” He has also railed against the evils of abortion on demand. However, Folks has angered pro-life advocates by endorsing the exemptions contained in the law.

Democrats protested the passage of the bill by staging a walkout in the S.C. House of Representatives earlier this week. Not all of them were enthusiastic abortion supporters, though. One Democratic lawmaker – Spencer Wetmore – voted against the bill but made it clear abortion was not something she felt the state should “celebrate.”

“I do not promote or celebrate abortion, but I see it as a medical procedure that a woman turns to on her darkest day – in a time of need,” Wetmore said. “When a woman cannot take on the sacred and weight responsibility of being a mother, she may seek out an abortion.”