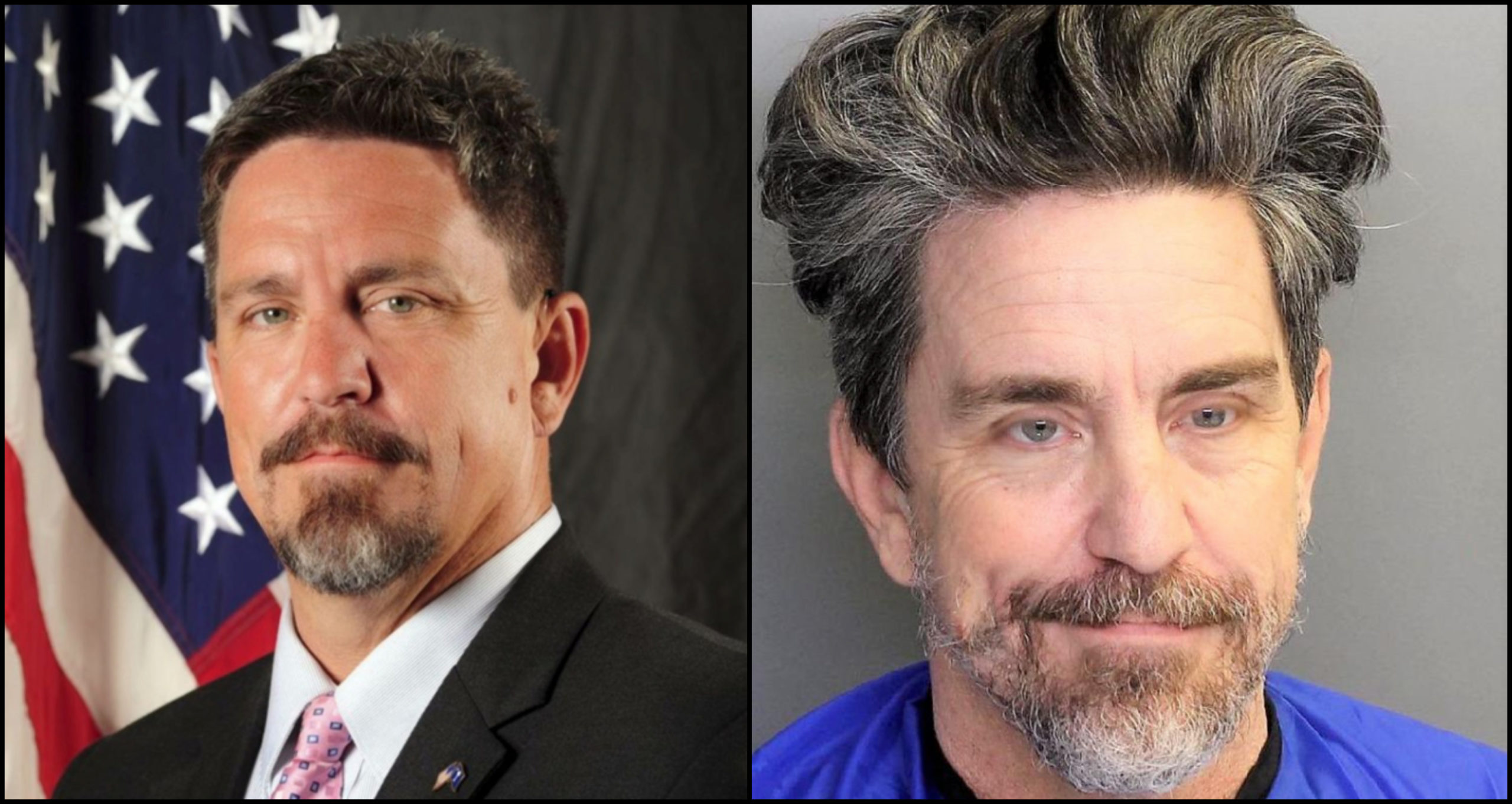 In a court hearing Tuesday, the estranged wife of former Bamberg County Councilman Kerry “Trent” Kinard held back tears as she begged the judge to not let him out of jail.

“We have lived in fear for when Kerry Kinard is out of jail,” Bridget Kinard said, adding that her estranged spouse “can be very violent and very dangerous.” She said he is an “evil” man with “evil intentions.”

Circuit Judge Clifton Newman listened to her concerns — and others — at the virtual hearing Tuesday and revoked Kinard’s bond, ordering him to remain behind bars until trial.


Kinard is currently in federal custody after he was arrested in December for allegedly lying while trying to purchase a 9mm pistol in Columbia, South Carolina.

“I can say with confidence that the attempt to make a gun purchase was made with an evil intent and not for any other reason that he’s given for the purchase,” Bridget Kinard said. “He was buying a gun with a purpose. I’m confident that if he gets released, there’s a large possibility that the court will have to explain the reasoning for his release when he does something else stupid.”

Solicitor David Miller said Tuesday that the court was clear about Kinard’s bond conditions and he “didn’t care that he would be breaking the law” and he purposely ignored the judges orders.

Miller said that after Kinard posted bond in October, his GPS tracking device showed that he did not stay at his brother’s home most of the time, as the court ordered.

Kinard’s attorney Bakari Sellers said Kinard was staying at a hotel owned by his family while out on bond.

At the hearing Tuesday, Newman granted Kinard a speedy trial, at Sellers’ request, but he couldn’t set a trail date due to the COVID-19 pandemic. Sellers asked for the trial to be set in April.

“Mr. Kinard apparently does not believe that the court has authority over him or that he is duty bound to comply with the court’s order,” Newman said. “I find that he is a danger to the community based on his conduct.”

Kinard’s federal court date for the gun charges is set for April 7. He will remain in federal custody until otherwise directed by the court, Newman said.

A judge initially denied Kinard’s bond and said he presented an “unreasonable danger to the community.”

In late October, a judge set Kinard’s bond at $75,000, under the condition he will be banned from Bamberg County for 90 days, wear an ankle monitor, and have no contact with his alleged victims.

On October 27, a family court judge “entered a protective order restraining Kinard from threatening or using physical force against the petitioner,” after the judge found that Kinard “used or threatened to use physical force expected to cause bodily injury.”

“At the end of the day that order of protection doesn’t bring me 100 percent comfort when he doesn’t follow the judge’s orders,” Bridget Kinard said.

Kinard posted bond and was released from jail on October 28.

Probable cause affidavits accompanying the warrants against Kinard detailed graphic child sex crimes dating back to 2008 – as well as crimes that allegedly took place as recently as September.

In the affidavit, police accuse Kinard of:

All crimes above allegedly occurred in Bamberg County.

In December, he was charged with three additional crimes in Jasper County. He’s accused of having sex with a child under 14 in 1998, showing a child pornography in 1995, and “repeatedly grabbing, groping and fondling” a child under 16 in 1993, according to the arrest warrants.

Who Is Trent Kinard

Kinard is a former S.C. Highway Patrol (SCHP) trooper who was first elected to his seat in 2012.

He lost his reelection bid in the 2020 Democratic primary to challenger Phil Myers, however, and is no longer a councilman.

According to an award nomination, Kinard was very active in the Bamberg community. He was the PTO President of an elementary school, a youth football and basketball coach, and worked at the University of South Carolina as a sports information director.

“I’m so sick of hearing about all he titles he has held,” Bridget Kinard, who is is a former city of Bamberg council member, said. “If any person talked to the people that he worked with and the public he was around to see his lack of success in those titles… he has been using his titles to put fear in his victims. We all know that a title doesn’t necessarily make you a good person.”