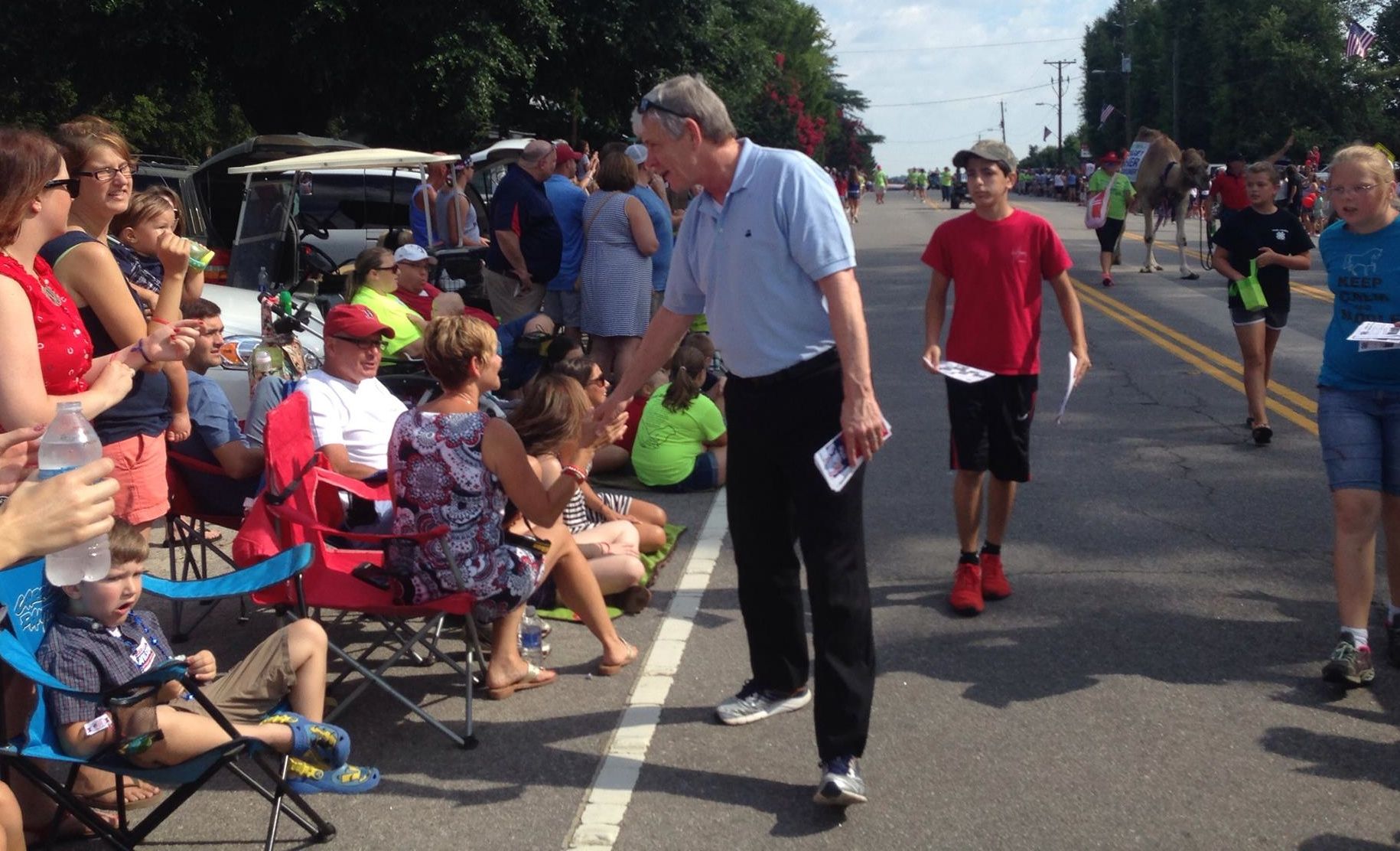 “INDEPENDENT REPUBLICAN” TAKES HIS CAMPAIGN ON THE ROAD …

We agree with a lot – but not everything – proposed by “independent Republican” South Carolina gubernatorial candidate Tom Ervin.  We will say this for him, though: He’s rolled out plenty of substantive policy, which is more than can be said for the official “Republican” in the race.

In fact Ervin and Libertarian Party nominee Steve French are dramatically better on the issues than either incumbent Nikki Haley or Democratic nominee Vincent Sheheen.

Anyway … Ervin’s been blanketing the airwaves with ads lately, but he’s also embarking on a grassroots offensive.  In fact his campaign announced this week that the former lawmaker/ judge will be appearing at twenty-three town hall meetings across South Carolina between Sept. 2-13.

“Unlike Gov. Haley and Sen. Sheheen, all of Tom’s meetings will be open to the public and the media, exemplifying his commitment to transparency and willingness to engage all South Carolinians as he works to fix our infrastructure, deliver a world class education to our youth and build an inclusive economy for all of South Carolina,” a statement from his campaign noted.

Wanna see Ervin? Here’s where he’ll be (for specific times and locations, contact his campaign) …

Can we expect a poor widow at each town hall or will he be accompanied by LGBT community members explaining why Tom’s support of state sanctioned gay/transgender marriage should not concern parents and this is what Tom means when he promises to “deliver a WORLD class education ” to our children?

Pass the popcorn….”traitor tommy” coming to a town near you! LMAO!!!!

Why are you so worked up in a tizzy over Tom Ervin? I thought you said he was irrelevant and wouldn’t pull 2% of the vote?

Not me…I just love it when the Democrats “send in the clowns”….

We love it when the Haley Troll crawls out from under the bridge to declare Haley is its God.

I will be at several of these town all meetings. Hope to meet you Jerry.

Oops…maybe not…apparently his campaign won’t give you the location or time of the town halls unless you donate money to Ervin or Sheheen?

Now that Ervin’s ads are lying about Obama and Common Core, he’s exposed himself as a typical amoral GOPer…no matter how many veterans he claims to have buried.

You go Tom!!! Tom’s a real compassionate conservative, who’s dedicated to reducing wasteful spending in Columbia, to fixing the mess created by four years of Nimroda. Tom will tackle the problem of infrastructre and transportation. Tom will address the failore of the state to secure personal information. Tom will save the children who the state agencies send to be abused and killed by unstable guardians. Tom will right the boat that Nikki has so fully run into rough seas. He will protect the jobs of dock workers in Charleston – while Nikki has worked so hard to give those jobs to Georgia. Tom will stand up for South Carolina, not use the Governors Mansion as a stepping stool to some national ambition. Tom is honest, dedicated to the people of South Carolina and someone who gets things done. All three things that Nikki is not.