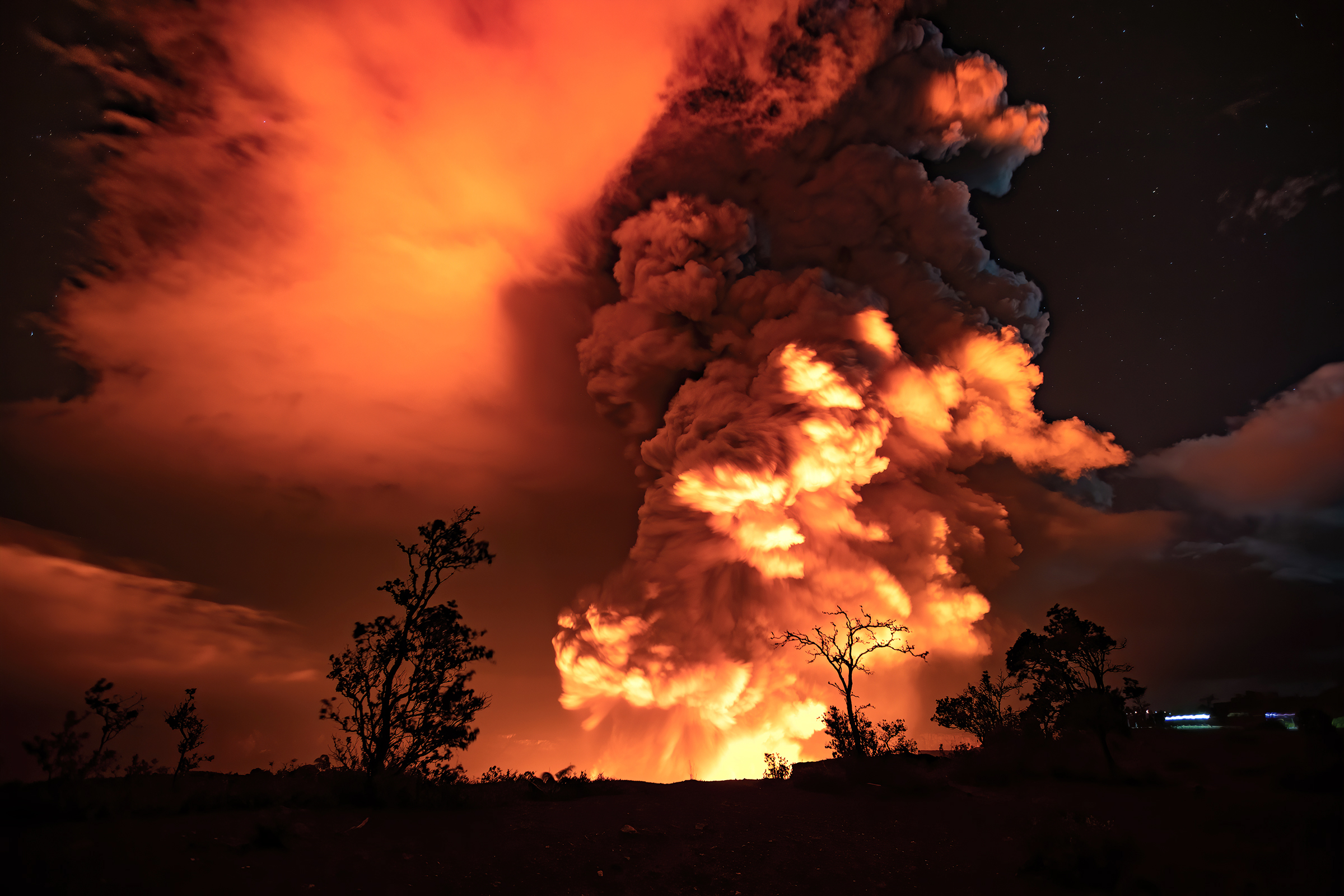 Kilauea – a shield volcano on the southern shores of the island of Hawaii – erupted at 9:36 p.m. HST on Sunday December 20, 2020, sending lava spurting 165 feet in the air and a plume of ash and water vapor more than 30,000 feet into the night sky.

According to the Hawaiian Volcano Observatory – a division of the U.S. Geological Survey (USGS) – the latest eruption appears to be contained within the Halema?uma?u crater at Kilauea’s summit caldera. As of this writing, there has been no apparent loss of life, injury or damage to property accompanied with the eruption – although it remains to be seen whether this is just the beginning of a new phase of activity for this volcano.

According to the observatory, the situation around Kilauea is “rapidly evolving.”

The eruption was preceded on November 30 and December 2 by swarms of small earthquakes and deformation of the ground around its summit – which rises approximately 4,100 feet above sea level.

“The lava cascaded into the summit water lake, boiling off the water and forming a new lava lake at the base of the crater,” officials at the observatory noted.

The water lake inside the crater has “disappeared” according to U.S. National Park Service (NPS) officials.

An hour after the eruption began, a magnitude-4.4 earthquake was recorded beneath the south flank of the volcano, causing “weak to light shaking” in the surrounding region.

Kilauea is the youngest volcano on the Hawaiian islands – and its most active. It experienced near-continuous eruptions from January 1983 to September 2018 – the twelfth-longest sustained eruption cycle of any volcano since 1750.

Its longest recent period of inactivity occurred between 1934 and 1952.

It is also the most dangerous volcano in America. In 2018, a USGS report (.pdf) ranked Kilauea at the very top of a list of eighteen volcanoes which posed a “very high” risk to public safety.

Kilauea has lived up to that reputation – including a May 2018 volcanic release that was accompanied by a magnitude-6.9 earthquake. Lava flows following the May 2018 release and subsequent eruptions destroyed nearly 660 homes in surrounding areas.

Like its neighboring volcanoes Mauna Loa and Mauna Kea, Kilauea is located on the “Big Island” of Hawaii – which is home to an estimated 185,000 people. Obviously, we will keep an eye on this situation as it continues to develop …