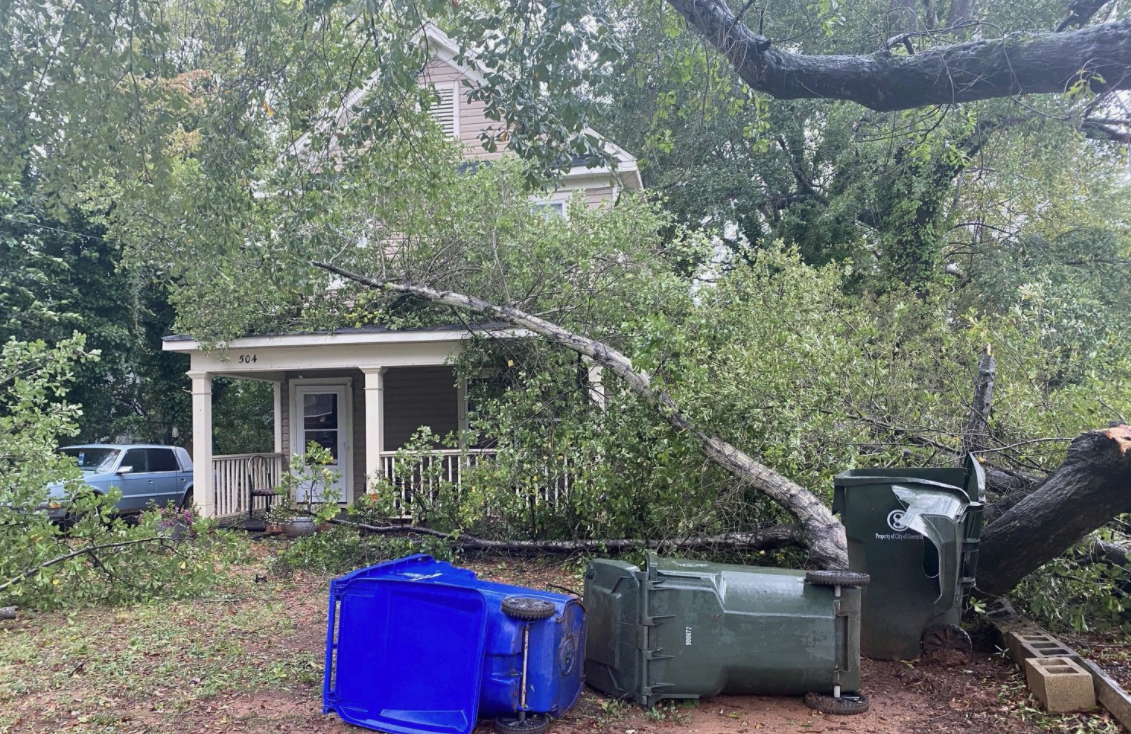 Meteorologists are warning residents to prepare for damaging winds, downed trees, and power outages as Tropical Storm Zeta is moving through the southeast Thursday.

Early Thursday, the storm was about 50 miles west of Asheville, North Carolina moving quickly at about 39 mph, according to the advisory from the National Hurricane Center (NHC). The storm currently packs maximum sustained winds of 60 mph.

A tropical storm warning was issued for several upstate counties including Greenville, Anderson and Spartanburg counties while a wind advisory has been issued for most of the Midlands.

The effects of Zeta extend far from its center. The Lancaster County airport reported 44 mph wind gusts this morning. Tropical-storm-force winds were recorded in Richland County as well Thursday.

According to the National Weather Service storm report, dozens of trees fell early this morning in the Upstate and some in the Midlands, including:

Oconee County offices were closed this morning, according to the South Carolina Emergency Management Division.

More than 166,000 power outages were reported Thursday morning in South Carolina due to Zeta — all of which were in the Upsate.

Here is a look at the storm so far…


(A special thanks to Fox Carolina reporter Cody Alcorn for his reporting on this storm. Follow him for updates in the Upstate)

And here is a look at New Orleans yesterday. The storm has weakened significantly in the past 15 hours.

Zeta claimed at least three lives as of Thursday morning as deaths were reported in Georgia, Mississippi, and Louisiana, NBC News reported.

Zeta is the 28th named storm of the wild and crazy 2020 Atlantic hurricane season.

The current record of 28 named storms was set back in 2005 – the year Hurricane Katrina barreled into New Orleans. That year also boasted the most hurricanes (15) and the most major hurricanes (7) – and remains the second-costliest tropical season on record (trailing only 2017, which saw Hurricane Harvey, Hurricane Irma and Hurricane Maria do catastrophic damage to the American mainland).

So far this year, eight storms have made landfall along the Gulf Coast – most of them impacting the state of Louisiana.