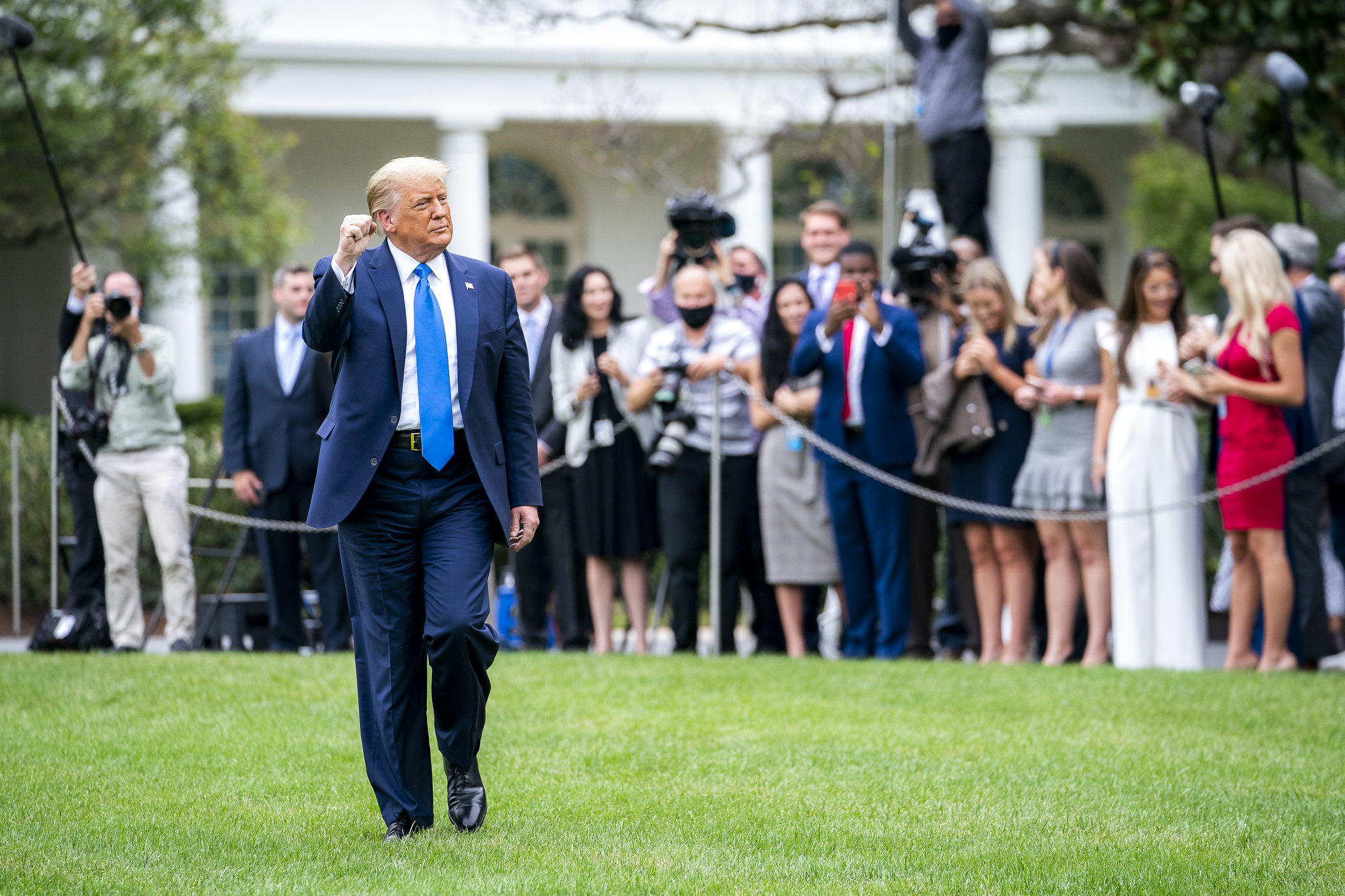 In the latest bombshell to rock the chaotic 2020 presidential election, U.S. president Donald Trump confirmed early Friday morning that he and his wife – first lady Melania Trump – had both tested positive for Covid-19.

“Tonight, (Melania) and I tested positive for COVID-19,” Trump tweeted shortly before 1:00 a.m. EDT. “We will begin our quarantine and recovery process immediately. We will get through this TOGETHER!”

“We are feeling good and I have postponed all upcoming engagements,” the first lady tweeted. “Please be sure you are staying safe and we will all get through this together.”

Early reports indicate that Trump is experiencing mild, cold-like symptoms from the virus.

“The president and first lady are both well at this time, and they plan to remain at home within the White House during their convalescence,” White House physician Sean P. Conley said in a statement. “Rest assured I expect the president to continue carrying out his duties without disruption while recovering, and I will keep you updated on any future developments.”

The announcement roiled global stock markets – sending futures plunging ahead of Friday trading. It also threw Trump’s campaign schedule – which included planned rallies in Florida, Wisconsin and Arizona over the next three days – into disarray.

Reporters from The New York Times were already speculating that the announcement “could raise questions about whether he should remain on the ballot at all.”

Meanwhile Trump backers downplayed the severity of the test results.

“They tested positive but they aren’t ill,” one of our readers said in responding to the news. “COVID-19 is the only pandemic in history where you have to be tested to know if you’re sick.”

Clearly up in the air, though? A second debate against former U.S. vice president Joe Biden that is scheduled for October 15, 2020 in Miami, Florida. A third scheduled debate in Nashville on October 22, 2020 could also be scrapped.

Of course, that could be good news for Trump based on his widely panned performance during the first debate.

Ironically, Biden tweeted just hours before Trump’s announcement that the incumbent president was doing “everything he can to distract” the nation from his “failed Covid-19 response.”

Biden quickly joined a chorus of politicians wishing Trump a speedy recovery, however.


Trump’s announcement came hours after it was revealed that one of his closest advisors – Hope Hicks – had tested positive for the virus.

“Hope Hicks, who has been working so hard without even taking a small break, has just tested positive for Covid 19,” Trump tweeted. “Terrible! The First Lady and I are waiting for our test results. In the meantime, we will begin our quarantine process!”

Trump, 74, is more vulnerable than most to the virus based on his age and his elevated body mass index (BMI). As we have frequently pointed out, though, Covid-19 is not nearly as dangerous as some would have us believe – even if you assume the numbers provided by the government are accurate.

Trump’s real problem? His positive test result refocuses the national conversation on Covid-19 at a pivotal moment in the campaign – shifting attention away from the economic and public safety angles that benefit him.

UPDATE || The latest on Trump’s condition …