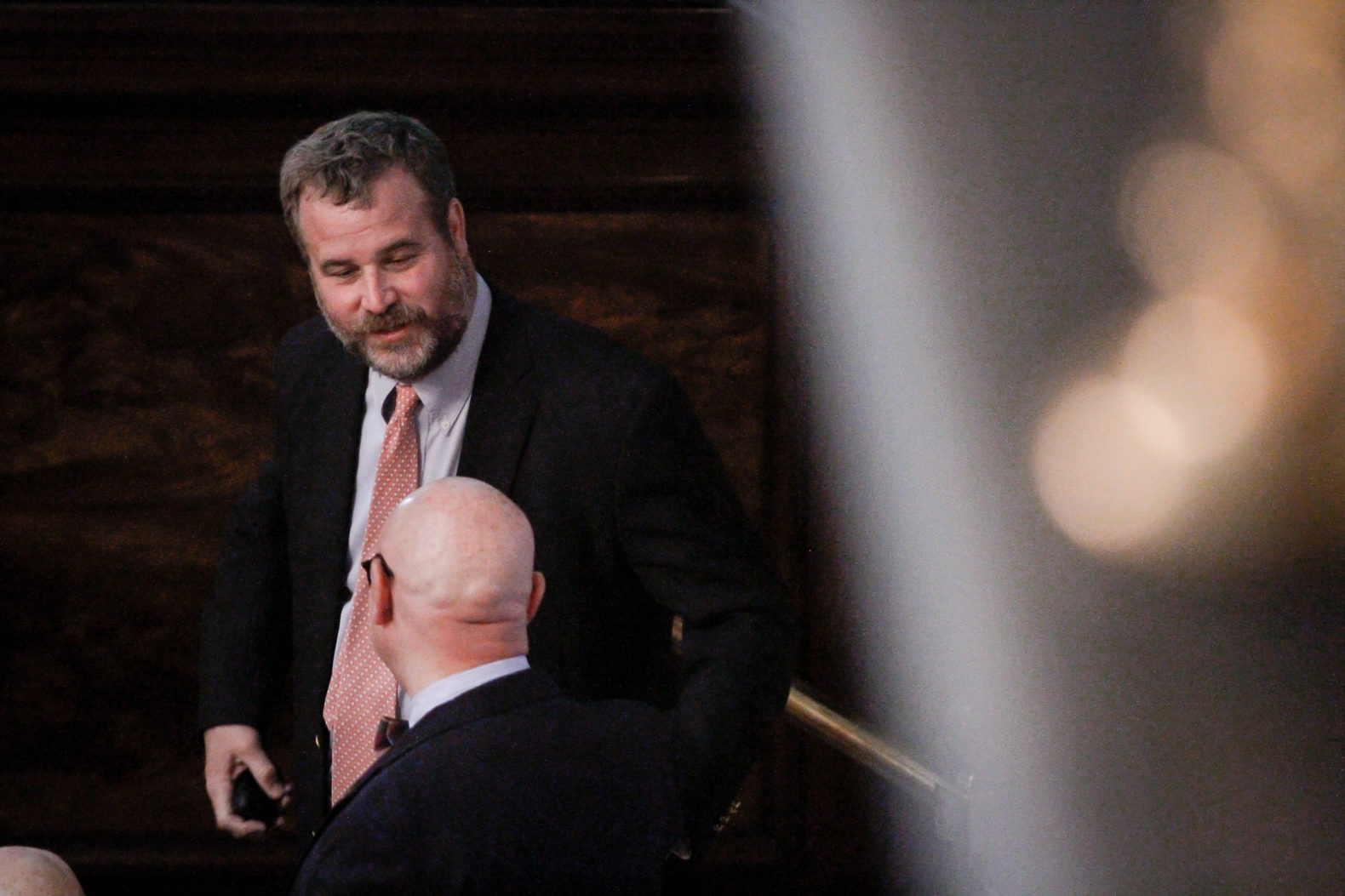 How desperate is University of South Carolina president Robert Caslen to silence his fiercest critic in the S.C. General Assembly? Desperate enough to dangle jobs in front of multiple state lawmakers willing to help mute the legislators criticism, apparently … per sources privy to backchannel discussions at the S.C. State House.

Oh, and desperate enough to threaten the legislator in question with consequences in the event he doesn’t back off …

The target of these rumored machinations? Kirkman Finlay, a fourth-term Republican from Columbia, S.C. who has been blasting Caslen and his administration on multiple fronts – including proposed provisos in the upcoming state budget intended to hold the school accountable on spending.

“Caslen wants Finlay to leave him alone,” one S.C. State House insider told us. “And there are (university) jobs coming open he could use as leverage to do that.”

Another State House source told us these jobs are already being used as leverage – with as many as five state lawmakers reportedly being approached about their interest in positions at the school (which has been a definitional dumpster fire over the past year).

Doling out appointments at South Carolina to well-connected politicos is obviously nothing new. Just look at the alleged quid pro quo that landed Caslen his only Democratic support last summer – when his controversial nomination was pushed through a bitterly divided university board of trustees.

In fact we are still awaiting the full story on the controversial hiring of former S.C. House minority leader (and 2018 gubernatorial candidate) James Smith as Caslen’s aide-de-camp.

But it was the hiring of Caslen (above, right) that sparked the real recrimination – which is not surprising considering he was tapped for the South Carolina job over the near-unanimous objections of faculty, staff, students and donors (including the school’s top donor).

Caslen’s hiring process also drew a rebuke from a national accreditation agency, which decried the overt political influence applied on his behalf by supporters of Republican governor Henry McMaster.

We are also still awaiting the full story on what prompted McMaster to go to the mattresses on Caslen’s behalf, incidentally.

As for the campaign against Finlay, none of our sources were willing to identify any of the lawmakers allegedly approached by school officials. We know two state lawmakers – Republican Alan Clemmons and Democrat Terry Alexander – have been angling hard for positions at the “flagship.” However, it is not immediately clear whether Clemmons and Alexander were involved in any of the recent discussions regarding Finlay.

Also, no one is suggesting Caslen has directly participated in these talks. According to our sources, the conduit for the conversations has been university lobbyists – rumored to include Derrick Meggie.

Meggie (above) has quarreled with Finlay in the past regarding university policy. Lawmakers tell us he has openly discussed efforts to silence the bearded representative – telling them Finlay’s ire stems from a family member “not getting accepted” into the school’s honors college.

“They are ready to get personal with (Finlay) if they have to,” one source told us.

Finlay’s response to such a threat?

“My only concern is reducing costs for South Carolina parents and students so that more Palmetto State residents can attend,” he told us. “If that requires reducing the bureaucracy and the overhead at USC, so be it.”

Finlay added that South Carolina “is a school for the citizens of this state.”

In fairness to South Carolina, one legislative leader described allegations of school officials courting lawmakers to go after Finlay as “overblown.” Another expressed confidence that Caslen would be able to handle Finlay without resorting to such drastic measures.

“He’s a military guy,” the leader told us. “He can work around land mines.”

Really? We have seen nothing so far to suggest this is the case.

In addition to being inept, Caslen has come off as entitled, aloof, petulant … and petty.

Once again, this news outlet did not take a position on Caslen’s hiring. As steadfast supporters of the immediate and complete privatization of higher education in the Palmetto State (and beyond), we believed it would have been hypocritical to pick sides in a partisan/ ideological battle over the leadership of the campus.

“Set these institutions free to pursue their destinies in the private sector and let the free market determine the outcome of such squabbles,” we wrote earlier this week.

With each new installment of “As The Flagship Turns,” our position is further vindicated.