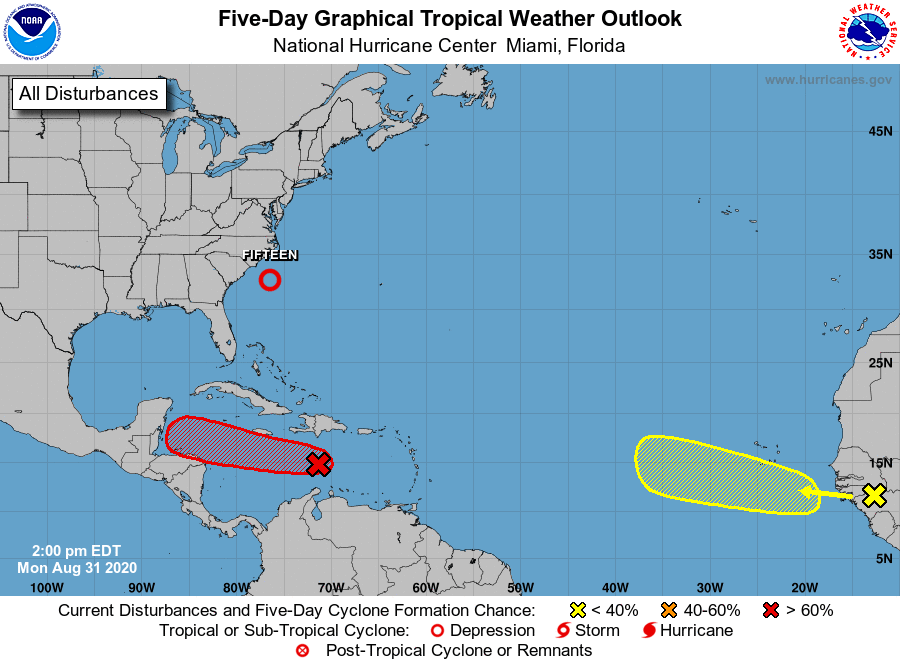 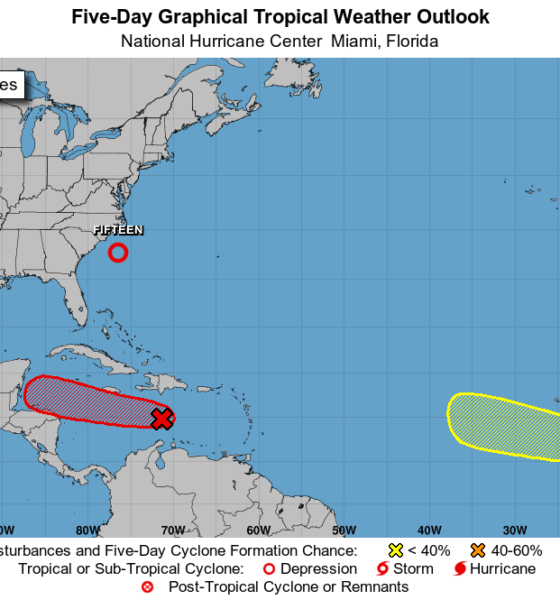 Tropical Depression 15 formed off the South Carolina coast Monday afternoon and it will likely turn into Tropical Storm Nana within the next 24 hours, according to forecasters at the National Hurricane Center.

The good news is Nana shouldn’t be stirring up any trouble — the tropical storm (if it forms) will stay well off the coast with minimal impact to South Carolina, according to forecasters.

“The greatest risk will be to bathers and boaters along the East Coast and Bermuda. In the U.S. an easterly flow of air, created by the tropical depression and an area of high pressure over New England, will push ocean water westward,” Accuweather reported. “In addition to stiff breezes, rough surf and frequent and strong rip currents are in store, especially from the Carolinas to Long Island, regardless of development.”

Take a look at the spaghetti models for a possible Nana..

Meteorologists are watching two other disturbances that could develop into tropical storms later this week. The Red X (Invest 99) could also form this week and become Nana if Tropical Storm 15 doesn’t take it first.

In early August, forecasters revamped their 2020 hurricane predictions and said this season could get crazy.

Meteorologists at the National Oceanic and Atmospheric Administration (NOAA) are urging Americans on the East Coast to prepare for an “extremely active” hurricane season in the Atlantic.

Just how active are we talking?

“This is one of the most active seasonal forecasts that NOAA has produced in its 22-year history of hurricane outlooks,” U.S. Secretary of Commerce Wilbur Ross said in a news release Thursday.

That means we would run out of letters in the alphabet before the 2020 hurricane season ends.

“Only 21 storm names are allotted each year because the letters Q, U, X, Y and Z are not used,” CBS News reported. “As a result, if 24 tropical storms are indeed named, the National Hurricane Center will have to employ the Greek alphabet for overflow. This has only happened one time on record — in 2005 when the Atlantic experienced 28 named storms.”

September is typically peak hurricane season in the Atlantic.

While South Carolina might not be affected by Nana, we can expect hot temperatures this week, especially in the Lowcountry.