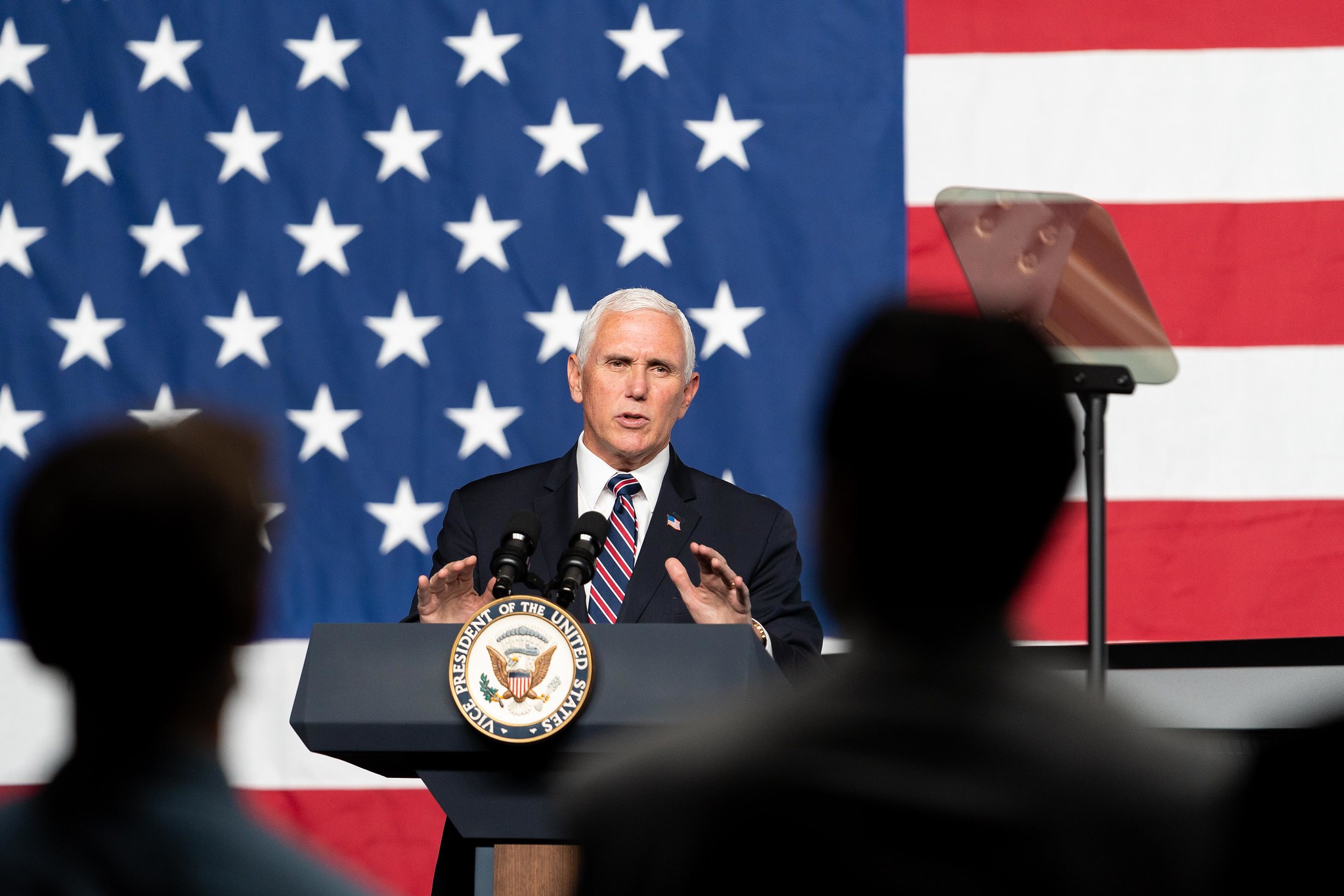 United States vice president Mike Pence participated in a briefing Tuesday on the status of the coronavirus pandemic in South Carolina – one of several states where cases have been rising precipitously in recent weeks.

State senator Tom Davis of Beaufort, S.C. was the lone member of the S.C. General Assembly invited to participate in the gathering.

“I shared with the vice president my recent experiences in organizing mass testing events and my thoughts on ways to speed the reporting of results to those tested,” Davis tweeted.

The event was held just hours before Pence was scheduled to appear at a fundraiser in Charleston, S.C. for U.S. congressional candidate Nancy Mace.

During the briefing, Pence praised the Palmetto State for its response to the pandemic – including McMaster’s recently announced push to reopen government-run schools this fall.

“We’re going to stay with you every step of the way until we put this virus in the past,” Pence said. “Our default setting is always to respect governors – and respect the decisions made by each of our governors.”

According to vice presidential pool reporter Nikki Schwab of The (U.K.) Daily Mail, however, Pence told McMaster he was “100 percent right in making the decision to get our kids back into the classroom in South Carolina.”

Pence also affirmed that he “wouldn’t hesitate” to send his own children back to school if they were younger.

“Everyone should start with a goal of fully reopening for in-person learning this fall,” she said, although she quickly added that “local leaders” should make the ultimate decision regarding reopening.

South Carolina superintendent of education Molly Spearman – who has been critical of McMaster’s plans – did not attend the gathering.

Certainly, we believe parents should retain the right to choose (in more ways than one) the best path forward for their children’s education … but McMaster’s position on in-person learning in the fall generally aligns with our way of thinking on this matter.

As it has for some time …

Again, though, parents (particularly those with underlying health issues) should have flexibility on such decisions.

Pence did acknowledge the recent spike in coronavirus cases across the southeast in his remarks.

“Make no mistake: The spread of the coronavirus across the sunbelt has been serious,” he said.

In a tweet prior to the briefing, Pence noted optimistically that “South Carolina slowed the spread (of the virus) once – you can do it again.”

He also vowed federal support for efforts to contain the virus.

“We will make sure you have what you need when you need it,” he tweeted.