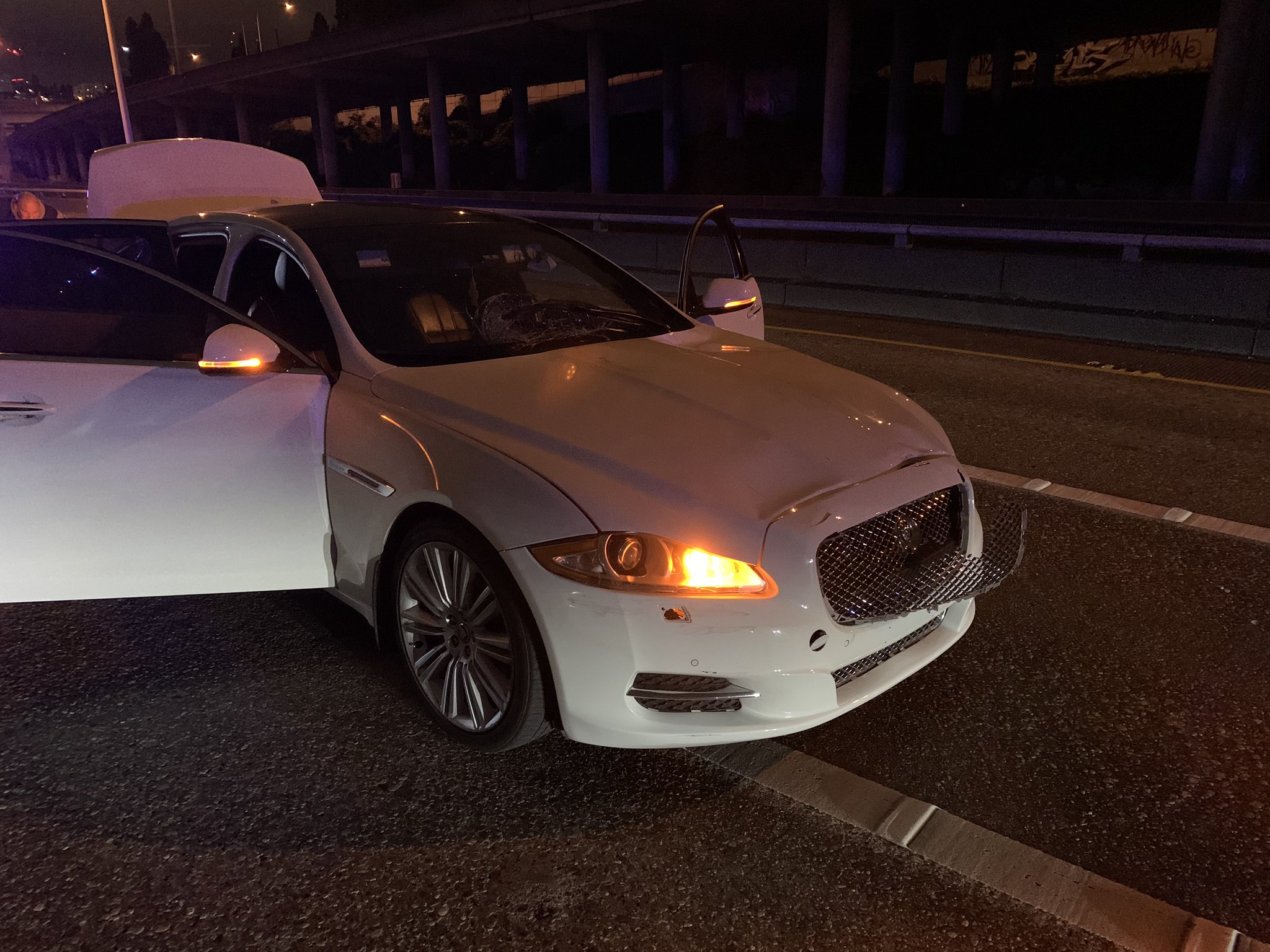 There are many instances one can point to in determining the precise moment our once-proud nation went “round the bend.” Those of us who took time over the Fourth of July holiday to contemplate the unadulterated nuttiness of the first half of 2020 probably had no problem picking candidates for the “point of no return.”

Seriously … who could have imagined we would be yearning for the halcyon days of 2019?

Or that things would have unraveled so quickly …

One such “round the bend” moment took place in the early morning hours of July 4, 2020 when a white Jaguar allegedly driven by 27-year-old Dawit Kelete – an Eritrean nationalist – plowed into a group of protesters assembled on Interstate 5 in Seattle, Washington.

Washington State Patrol (WSP) officers had closed this particular section of the interstate to deal with the protests, but Kelete is alleged to have bypassed its barricades prior to careening into the crowd of demonstrators shortly before 1:40 a.m. PDT.

The alleged vehicular assault killed one protester (24-year-old Summer Taylor of Seattle) and left another (32-year-old Diaz Love of Bellingham) in serious condition at a local hospital.

Love is recovering from injuries she sustained in the incident, according to The Seattle Times.

Kelete – who fled the scene of the collisions – is facing a pair of vehicular assault charges, but is likely to face a vehicular homicide charge in the wake of Taylor succumbing to her injuries. WSP officers indicate he was not impaired at the time of the incident.

Here is one graphic video of the alleged assault …

Seattle is one of many American metropolises rocked by violence in the aftermath of the killing of George Floyd in Minneapolis, Minnesota on Memorial Day. Protesters actually took control of part of the city last month – declaring an autonomous zone and warning police not to attempt to enforce the laws within its borders.

The zone was finally cleared on July 1 on order of Seattle major Jenny Durkan – prompting protests to spread in and around the city (including its interstate thoroughfares).

Beyond our reflexive revulsion at the sheer horror captured on the video above, this news outlet has been repulsed by reactions to the incident from points all along the nation’s increasingly inane ideological spectrum.

Some have suggested these protesters deserved to die, while others have marveled at the irony of two white women being mowed down like grass by a black driver while they participated in a Black Lives Matter demonstration – as if skin pigmentation were any sort of aggravating/ mitigating factor in the decision to drive one’s vehicle at a high rate of speed into another human being.

Where to start with all of this …

Obviously, we believe the right to protest is sacrosanct in this nation – and as we noted at the very outset of the Floyd demonstrations, many of these voices need to be heard. However, when such demonstrations target vital infrastructure in the hopes of depriving others of the right to move freely (and travel for the purpose of earning a livelihood) … well, that is when they begin infringing on the liberty of others.

And when such protests turn violent? Or murderous?

Such lawlessness simply cannot be tolerated …

Accordingly, we were pleased to hear WSP is now denying freeway access to pedestrians and vowing to arrest those who attempt to impede traffic on the freeway. Frankly, the agency should have never permitted such access in the first place.


We believe it is also worth noting how this incident prompted a flood of panicked 911 calls from the same protesters who ostensibly want to defund law enforcement – underscoring the need for cops and courts in a free society.

Seriously … what sort of “justice” would there have been had this stretch of road fallen under the auspices of the protesters’ autonomous zone at the time this incident took place?

Would an investigation even have been conducted? And what sort of sentence would have been meted out by the zone’s ruling sondergericht?

This is why law and order are so indispensable to the proper functioning of a free society … and why (to the point of many protesters) it is so vitally necessary for such societal underpinnings to be upheld equally.

Without regard for race or any other differentiating factor …

Most importantly from our perspective, though, violent attacks such as this – and the harsh, unfeeling, agenda-driven responses unleashed across the internet in their aftermath – expose the natural progression of a society in which life is not valued.

What happens when a nation loses its humanity? When it devalues the most important liberty of them all?

Look around, people … look around.

Millennials Are Too Lazy To Eat Breakfast Cereal