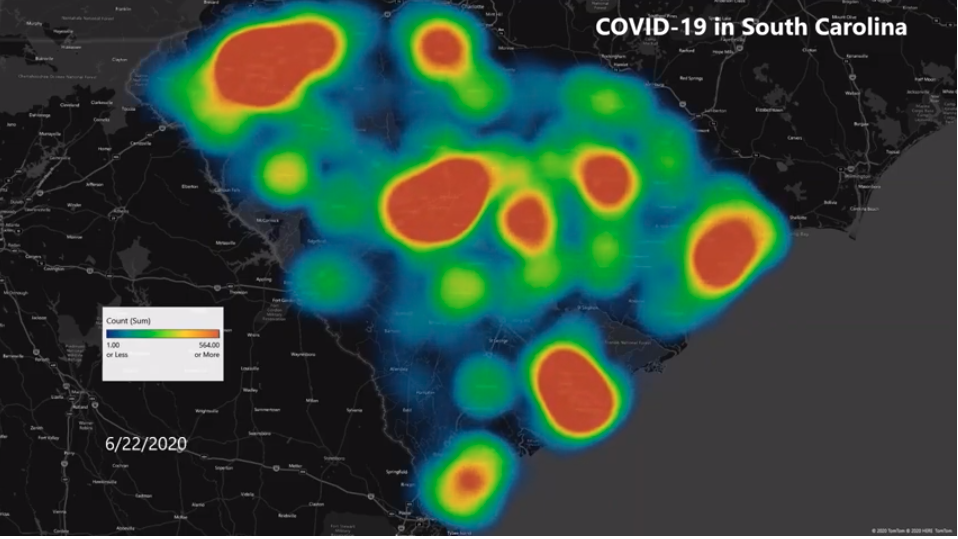 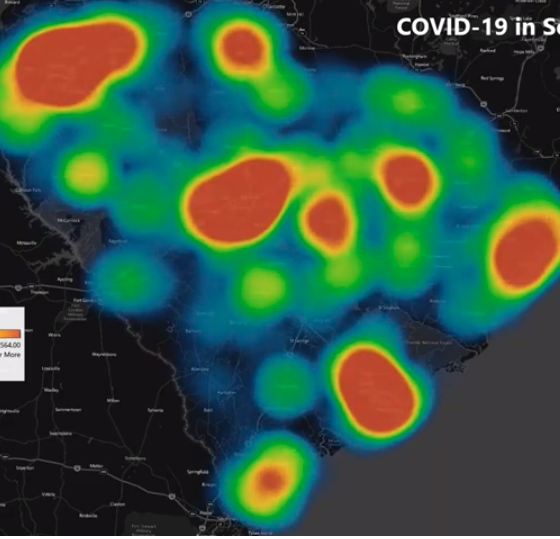 Following yet another record-breaking weekend with more than 2,000 new COVID-19 cases in South Carolina, hospitalizations ticked upward for the ninth day in a row Monday – an alarming trend previously unseen as the Palmetto state grapples with this pandemic.

On Monday, 731 COVID-19 patients were hospitalized across South Carolina, according to the South Carolina Department of Health and Environmental Control (SCDHEC). This is the highest number reported since the state began tracking the metric in early May.

Between the Midlands, Pee Dee, Upstate, and Lowcountry regions, the Lowcountry has the highest hospital bed occupancy rate at 73.3 percent and the upstate has the lowest at 61.4 percent.

“As of this morning, 3,364 inpatient hospital beds are available and 7,119 are in use, which is a 67.91% statewide hospital bed utilization rate,” SCDHEC said Monday. “Of the 7,119 inpatient beds currently used, 731 are occupied by patients who have either tested positive or are under investigation for COVID-19.”

South Carolina Department of Health and Environmental Control (SCDHEC) announced 1,002 cases Monday, which was the third time in the last four days that the state has reported over 1,000 new cases.

New confirmed cases have been mostly ticking upward for the last few weeks — increasing at higher rates than most of the country.

For the past 12 days, South Carolina officials have reported more than 500 daily COVID-19 cases.

Keep in mind, before May 30, South Carolina hadn’t reported more than 300 new daily cases ever.

The recent surge is not necessarily due to the state’s expanded testing. South Carolina still ranks 38th in the nation when it comes to coronavirus testing per capita, according to data from The Covid Tracking Project.

The percentage of positive case per test has been ticking upward, another alarming sign that COVID-19 isn’t anywhere near contained in South Carolina.

On Monday, 12.6 percent of tests had positive results.

On Monday, SCDHEC officials vowed to ramp up their testing efforts by testing over 165,000 each month until the end of the year. Previously the goal was to test 110,000 per month.

“Expansive testing is critical in quickly identifying hot spots, catching outbreaks before they spread, and indicating where resources are most needed in the state. Increased testing also helps provide a better understanding of the overall prevalence of the virus within South Carolina,” the SCDHEC press release said.

In total, more than 25,000 have tested positive for COVID-19 in South Carolina and 659 people have died, including six on Monday.

Greenville County — the largest county in South Carolina with a population of 451,225 — is the state’s epicenter for coronavirus with 3,768 cases. On June 1, Greenville County had 1,619 cases.

Richland County — the state’s second most populous county that was the epicenter for the virus for more than a month — has the second highest cases at 2,704.

Approximately 79 percent of COVID-19 patients in South Carolina have recovered from the illness, according to SCDHEC.