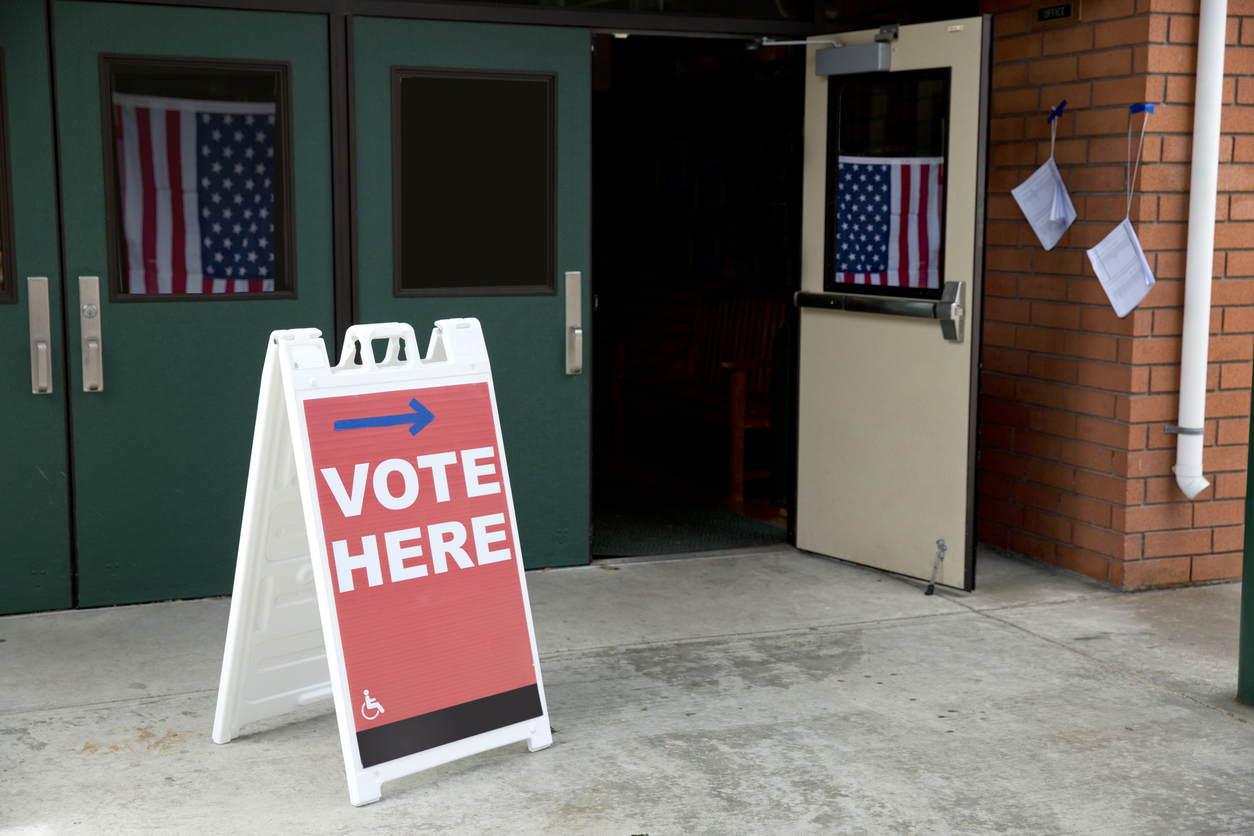 Horry county, South Carolina clerk of court Renee Elvis earned the overwhelming support of local Republican voters last week in her bid for a second term in office. Elvis trounced her GOP rival Angie Altman-Robbins by drawing an impressive 65.3 percent of the vote in this race.

To the extent you think the backing of the GOP electorate in Horry county (a.k.a. the intensive care wing of the “insane asylum” that is South Carolina) is something to be proud of, that’s impressive.

Seriously … look at the people this county keeps electing.

Anyway, as no Democrats filed for this seat, Elvis is a virtual lock to claim this office in November.

Altman-Robbins is not giving up easily, though.

Altman-Robbins indicated she was copying the S.C. State Law Enforcement Division (SLED) and the office of U.S. attorney Peter McCoy on her complaint.

Does she have any evidence of this alleged “intimidation” and “suppression?” Yes, it would appear …

According to the complaint, Elvis sent an email to employees in her office which included a Microsoft Word document (.pdf) as an attachment. That document was a “supervisor’s meeting” review dated March 19, 2020 in which the incumbent clerk allegedly told her employees they could be fired for gossiping and urged them to “stay out of politics and focus on our job.”

Two employees at the office confirmed receiving the email. One provided us a forwarded copy with original timestamps, showing the message was sent by Elvis at 2:32 p.m. EDT on March 30, 2020.

Here is one section of the attached “review” (text original) …

There have been a lot of whispering & gossiping going on lately.  Not only is the person gossiping at fault, but the listening ear is just as much to blame.  Everyone wants to be friendly by lending an ear, but Do NOT be that person.  Stop the gossip right there by telling that person they need to address the issue with that person or with their supervisor.  If they have an issue with the supervisor, then take that issue to (deputy clerk) Darlene (Hill) or myself.  Do NOT be the listening ear!  If you are caught doing this, whether you are the one venting or whether you are the one listening, you will be subject to discipline up to termination.  Gossiping will not be tolerated.  This also applies to supervisors especially.

Far more important as it relates to the complaint filed against Elvis, here is the section referencing the 2020 GOP primary election (text original) …

As everyone knows, I now have opposition for the elected seat of the Clerk of Court.  My position is this … my staff cannot work for me and against me at the same time.  In other words, you cannot hold a position at the COC’s office and campaign against me at the same time.  Although, I would love your support, I do not expect it.  I realize it puts you, as an employee of this office, in a difficult position and that’s the last thing I want to do.  I want every person in this office to have a job whether or not I am re-elected.  It is best that you stay out of politics and concentrate on your job.

These are very troubling lines …

“My staff cannot work for me and against me at the same time.”

“You cannot hold a position at the COC’s office and campaign against me at the same time.”

“It is best that you stay out of politics and concentrate on your job.”

To be clear: This news outlet has no interest in who occupies the office of clerk of court in Horry county. It is of zero consequence to us. Frankly, we believe administrative posts such as these should fall under the appointment purview of the representative local government – even if that government is hopelessly corrupt.

Seriously … electing a clerk of court?

Still, we find it hard to interpret the above language as anything other than a threat (several threats, actually) from an elected official against their employees regarding their participation in an upcoming election. Which is against the law.

At the very least, we believe the prosecutorial offices and investigative agencies furnished with this information need to open a preliminary inquiry sooner rather than later.

We reached out to Elvis for a response regarding this matter but did not immediately receive a reply. According to one of her supporters, however, Elvis “knew someone (in her office) was feeding stuff to her opponent that’s probably why she addressed it.”

“It was getting bad,” the source told us.

Maybe so … and we can see how that would be an incredibly frustrating situation … but Elvis’ heavy-handed response may wind up costing her this job.

Stay tuned … never a dull moment in this particular neck of the woods, is there?