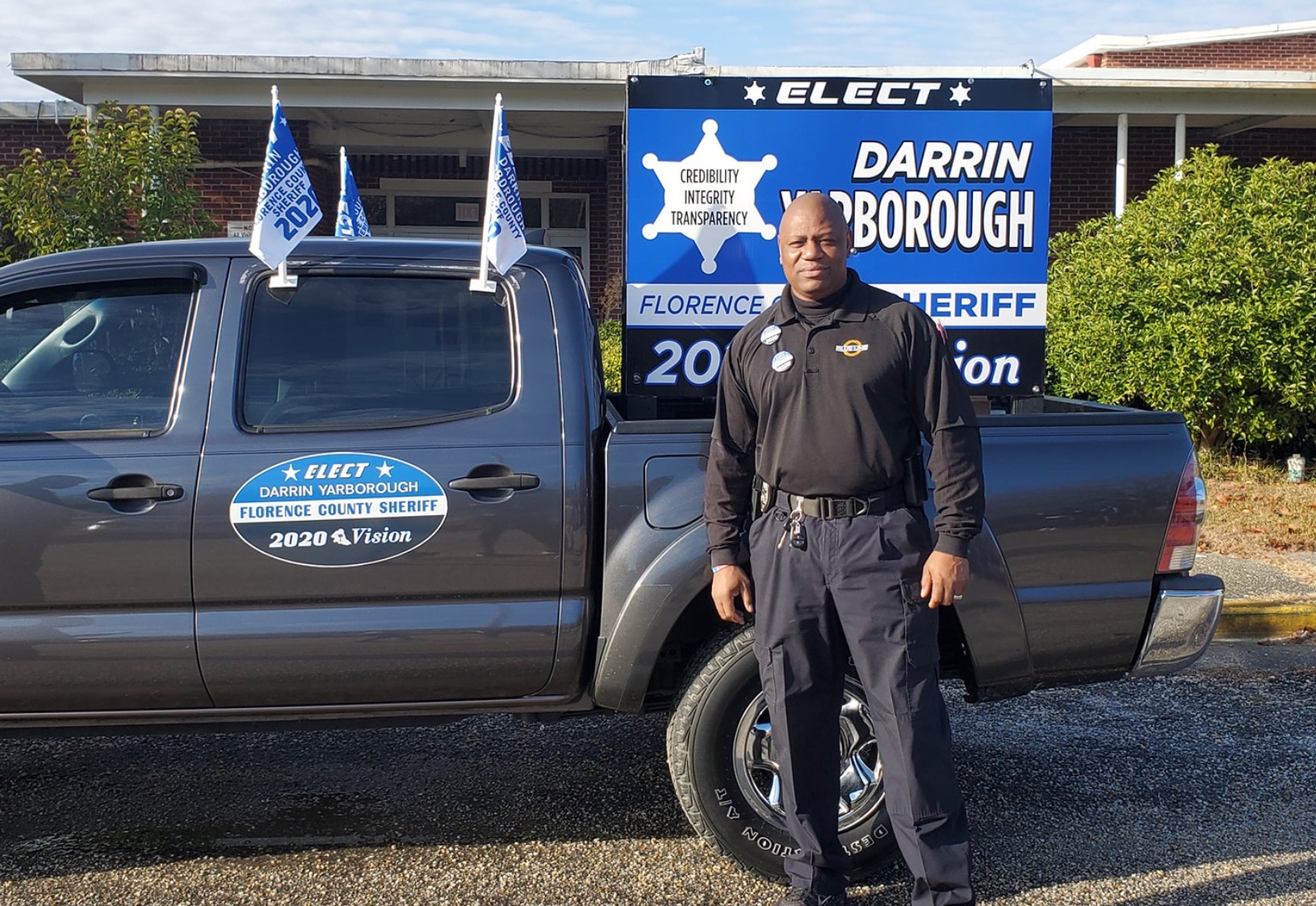 On Tuesday evening (primary night), almost everyone in Florence county, South Carolina was focused on the Republican election for sheriff. This race was among the most caustic, acrimonious local elections we have ever covered, and the deep and abiding bitterness between the two candidates – former S.C. Highway Patrol (SCHP) trooper T.J. Joye and chief deputy Glen Kirby – has shown no signs of dissipating now that all the votes have been counted.

In the aftermath of this brutal battle (which Joye won), we have spoken with numerous supporters of Kirby who tell us they are not going to support the GOP nominee in the general election in November.

Who are they backing instead? Newly minted Democrat nominee Darrin Yarborough …

Obviously we hear such sentiments all the time immediately following hotly contested primary fights – and in most cases we chalk them up to people venting frustration following a climactic battle. More often than not, partisan primary voters rarely follow through on threats to cross party lines – and by the time general elections roll around in November (more than five months after the primaries) most of the bad blood has simmered down.

But something about this race is different …

The battle between Joye and Kirby was so negative – and the invective exchanged between supporters so harsh – that conditions are ripe for a legitimate Republican crossover movement to develop in support of Yarborough. At the very least, there will be some portion of Kirby voters who refuse to vote for Joye under any circumstances.

How big a portion are we talking about? We don’t know … but even if it is only five or seven percent, that could easily be enough to flip this office blue come November.

Meanwhile, as Florence county watched and waited to see which of the two warring Republicans would emerge victorious in the GOP primary, it is important to note that Yarborough put on a truly impressive performance in his own primary.

The former Florence sheriff’s captain received a whopping 80.2 percent of the Democratic primary vote – handily defeating 2016 Democratic nominee Jody Lynch, who received only 19.8 percent of the vote. All told, Yarborough drew 10,755 votes on Tuesday evening – more than the 8,436 drawn by Joye or the 6,997 won by Kirby.

Florence remains a “Republican” county, but these totals show Yarborough is an eminently credible opponent – and that’s before we begin to factor in the potential crossover movement (or the percentage of Kirby backers who simply refuse to vote for Joye).

Bottom line? The real winner in Florence county on Tuesday night was Democrat Darrin Yarborough. Which means the monied interests who subsidized Joye’s victorious campaign in the primary election have their work cut out for them in the general election as well.

SC Health Official: I’m More Concerned Than Ever About Spread Of COVID-19 As Cases Climb