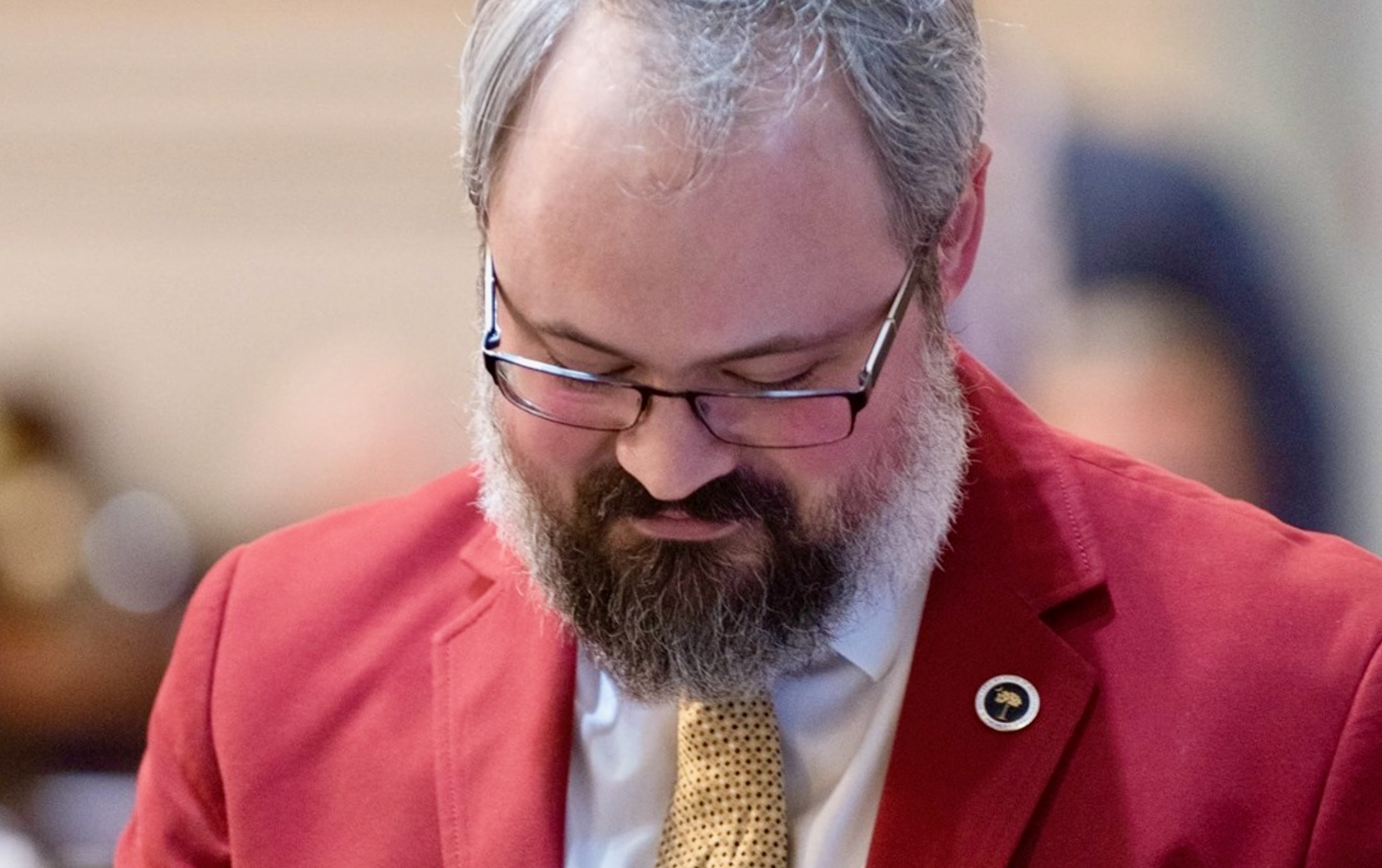 South Carolina state representative Jonathon Hill has filed a lawsuit against the S.C. Republican Party (SCGOP) accusing it of illegally meddling in his primary election in Anderson county. According to the complaint – which was filed this week in the S.C. fifth judicial circuit – the SCGOP is violating campaign contribution limits and illegally coordinating with his opponent in next week’s election for S.C. House District 8 (.pdf).

Hill has held this seat since 2015. He is being challenged in the GOP primary next Tuesday (June 9, 2020) by local optometrist Vaughn Parfitt.

Interestingly, Hill’s lawsuit names Parfitt as a co-defendant – accusing him of accepting “expenditures or other things of value in excess of one thousand dollars during this election cycle.”

As we noted in an article just yesterday, this race has prompted all sorts of fireworks between Hill and the state’s Republican establishment – which is upset with him over a procedural spat that took place last spring.

Hill was actually booted from the SCGOP caucus shortly after that spat.

The SCGOP’s involvement in Hill’s race – which we reported on last month – violates its longstanding, unwritten rule of not meddling in primary elections.

“Uncharted territory,” is how one Upstate Republican official put it.

But is it also illegal territory?

Hill’s lawsuit asserts the SCGOP has on at least three separate occasions sent “mailers supporting the candidacy of Vaughn Parfitt” to likely primary voters in his district – and that each one of these mailings was “sent at non-profit mailing rates using the (SCGOP)’s non-profit mailing permit.”

The mailers were paid for by the SCGOP and approved by Parfitt’s campaign, according to Hill’s lawsuit.

According to Hill, the money for the mailings in his race did not come through “any such committee,” but that even if they did “the expenditures would still be above the $5,000 maximum” allowed by law.

And thus still illegal, according to his action.

Hill’s lawsuit seeks a preliminary injunction from the court prohibiting further electoral meddling by the SCGOP, a declaratory judgment against the party (and Parfitt) and a motion to “expedite discovery” in the case.

“Allowing defendants to continue their unfair and illegal acts will inhibit the conduct of a fair, lawful electoral process,” the lawsuit stated.

“This breaks the law,” Hill wrote on his Facebook page. “It’s unfair, and it’s wrong.”

Does Hill have a case? Absolutely …

While we have consistently maintained that it is “up to the SCGOP to determine how and when it wishes to weigh in on primary races,” it is not up to the party whether it follows campaign finance law.

Also, we believe the “expedited discovery” Hill is seeking in connection with this case could yield some devastating disclosures regarding the operation of the SCGOP under chairman Drew McKissick.

Perhaps some revelations with national significance … (stay tuned for more on that in future posts).

Beyond all of this, the SCGOP has a major perception problem on its hands. Specifically, it is targeting one of its most pro-freedom, pro-free markets, pro-taxpayer lawmakers for defeat – and doing so at a time when it is propping up vulnerable fiscal liberals in other parts of the state.

This sends “a terrible message to supporters of limited government, lower taxes and less spending,” we noted last month.

“No longer content with merely working behind the scenes against such lawmakers (or candidates), the party is now willing to shred one of its few remaining principles in order to overtly oppose them,” we added.