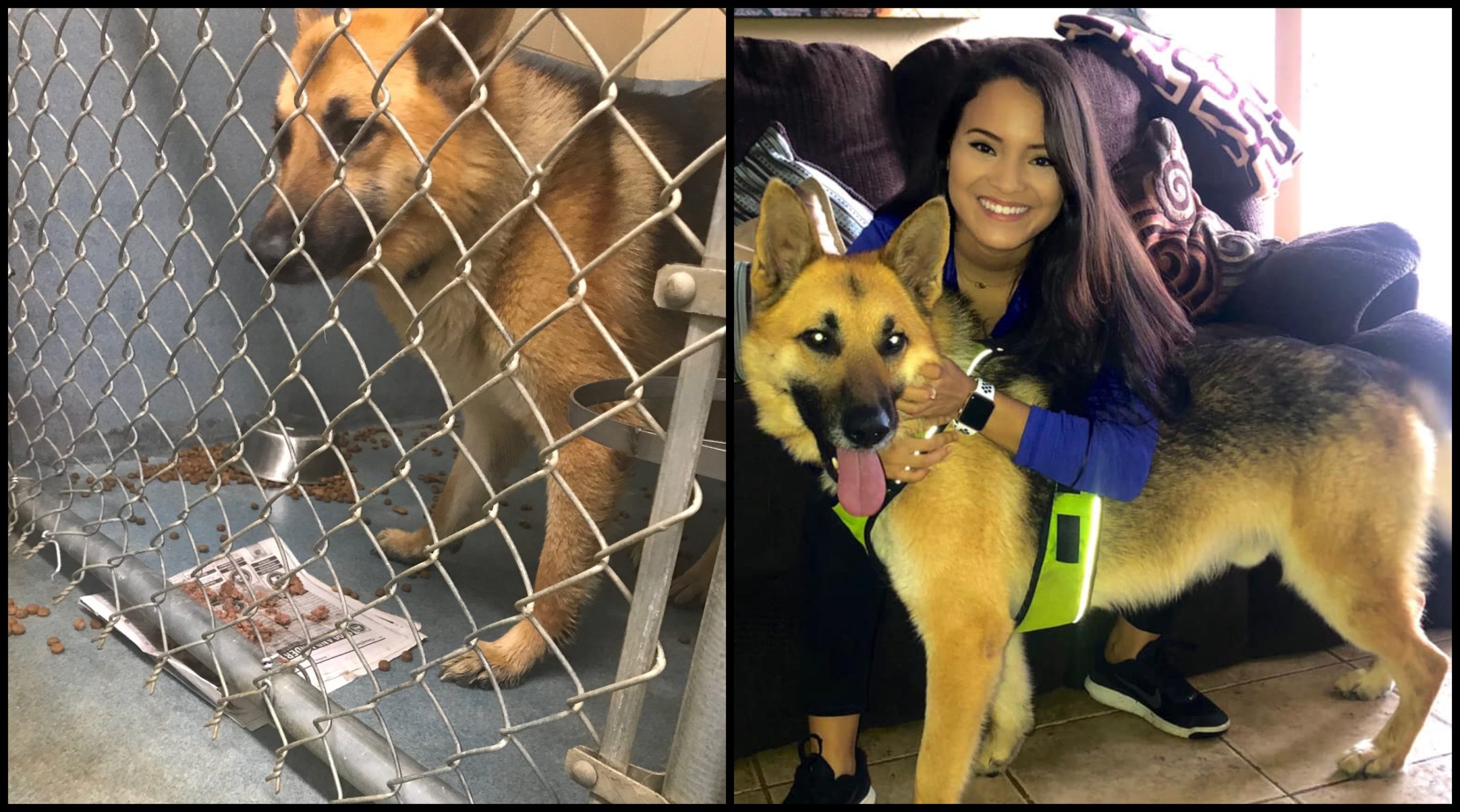 After 28 days behind bars in doggy jail, Leo the German Shepherd from Florence, South Carolina is finally home with his family.

The 3-year-old dog named Leo was accused of “charging” at two Florence County Environmental Services officers on May 1, interim officer Todd Floyd previously told FITSNews. The dog is also accused of “being aggressive” toward two women in the neighborhood, though he never actually bit anyone.

Due to a COVID-19-related congestion with the court system, coupled with stubborn officials, Leo had to spend 28 days at the Animal Shelter of Florence County in Effingham, South Carolina, a kill shelter facing overcrowding issues, before he was released to his family Thursday.

Since FITSNews last reported on Leo a week ago, attorneys Marsh A. Julian and Joshua T. Howle from Smith Ammons, LLC law firm have stepped up to take Leo’s case pro bono. Four attorneys attended the hearing for Leo Thursday.

Leo’s lawyers fought for him at a hearing Thursday, where a judge decided to release him from custody.

“We came to this hearing today with the goal of getting Leo home and that’s what happened,” the Smith Ammons attorneys said in a statement. “We are happy and the family is happy.  We got involved in this case to ensure Leo got home to his family as quickly as the law allows, and tonight, Leo is resting soundly in his own bed.”

Family member Liliana Arellano said he’s been “so spoiled” since the minute they got him back.

“He got bathed and combed and a little head scratch,” Arellano said. “He is back to being himself. He is having fun playing with our other dogs.”

She said Leo has been “so happy” since the moment he left the Animal Shelter of Florence County.

“He has been so loving towards all of us, licking and standing up to put his paws on our chest,” she told FITSNews. “To me, he seems very thankful to be back home.”

Liliana’s sister Taniana Arellano said Leo hasn’t left her side since he was released.

“Randomly every few minutes, he will jump on the side of the bed to give me kisses and a hug for a few seconds and then he goes to lay, then he’ll walk around again and he did that over and over again all night,” she said.

However, the Arellano sisters have noticed the toll 28 days in a shelter took on Leo’s body. Because he was accused of being a “dangerous dog,” Leo was hardly allowed to be let out of his cage while in custody. The sisters have noticed he has a cough and is much skinnier than he was before.

But while he was jailed, Leo has gained an army of supporters.

More than 120,000 people have signed the “Justice For Leo” change.org petition.

So why was Leo confined to a cell at a kill shelter for so long when he had a loving family waiting for him at home?

While Florence County municipal code states that a dog seized by animal control officers must have a hearing set within five days, Floyd said the case was delayed due to COVID-19. Leo’s court date was instead set for June 2, nearly a month after he was first taken, but attorneys were able to move that court date up to May 28.

While the family could have incurred a $10 per day fee for every day Leo was incarcerated, they only had to pay a $50 fine after lawyers advocated on their behalf.

On Friday, May 1, Liliana Arellano‘s family left the house around 6:30 a.m.

“Before my mom leaves for work, both of our dogs, Peluche, a terrier mix, and Leo were secured in our fenced-in backyard when we left,” Arellano said. “The gate was closed, latched, secured with a cable wrapped around the gate and a long piece of wood for added security.”

In the afternoon, Florence County Environmental Services got a call from a person living on a neighboring street from Leo’s home on Moberly Lane. Leo was loose and running around the neighborhood, Floyd told FITSNews.

“A man told the officers that the dog was trying to charge at his wife,” Floyd said. “As my officers approached the dog, the dog charged at each of them.”

However, Floyd said, the dog never actually bit anyone.

While being chased, the dog ran toward a woman in her yard and the woman jumped on the hood of a car trying to get away from the dog.

“I felt like like this dog was aggressive toward three, possibly four people, I didn’t want my officers to leave this dog on the loose in this neighborhood,” Floyd said. “So at this point I instructed my officers to tase the dog.”

When asked specifically what kind of behavior the dog showed, Floyd said Leo growled at the officers and was acting “in an aggressive manner.”

“Just from the actions, it looked like it could bite with the aggressiveness it was displaying,” Floyd previously told FITSNews.

Floyd said they had not received any previous complaints about Leo.

Liliana Arellano and her sister returned home to notice their dog Leo was missing, while the small terrier was on the porch.

After the two sisters frantically searched the area for hours, Liliana’s mother noticed a note on the door from Environmental Services stating officers picked up Leo and took him into the Animal Shelter of Florence County.

They were surprised to learn Leo was deemed a “dangerous dog” and distraught that they couldn’t take him home.

According to the Florence County ordinance, a dog can be considered “dangerous” without attacking anyone and it’s up to a municipal judge to decide if the dog is dangerous, and what the punishment is — which can be anything from requiring liability insurance to euthanasia.

Leo’s lawyers are requesting a jury trial, as opposed to a judge, to preside over the hearing which will decide whether or not Leo is a “dangerous dog.”

“We chose to invoke our client’s right to a jury trial on the criminal citation because we believe a jury deserves to decide, as a matter of fact, whether Leo is a ‘dangerous dog,’ as defined by statute,” his attorneys said in a statement. “Therefore, we requested a jury trial, which will be scheduled at a later date.”

Members of Leo’s Facebook support group also continue to advocate for animals in Florence County and to work with leaders and officials to make changes to the law and make sure this never happens to another dog.

“As the family enjoys their time with Leo and works to regain his trust in the flawed human species, we are committed to getting the attention of those in leadership roles in order to make necessary changes,” family advocate Kelly Ann Curran said on Facebook. “I have officially requested to address County Council during their next meeting (June 18).”

“His release is not the end by any means,” Curran said on Facebook. “Quite frankly, it is just the beginning. Leo has inspired us all and has opened the door for us to bring justice for them all.”

Curran said the whole thing is a “waste of taxpayer’s time, money and resources.”

“There are so many other things in the world to be worried with right now instead of putting a family through all this nonsense,” she said. “Meanwhile, you have people in the community irresponsibly possessing animals. And we can’t call animal control for help because we don’t trust them to do right by them and help.”

Liliana Arellano learned there are more animals to fight for.

“This whole situation has opened my eyes so much,” she said. “Animals lives matter! And it makes me want to volunteer more than ever for them. For the animals that don’t have anyone to fight for them.”

The Arellano family is “beyond grateful” for all the support, they said.