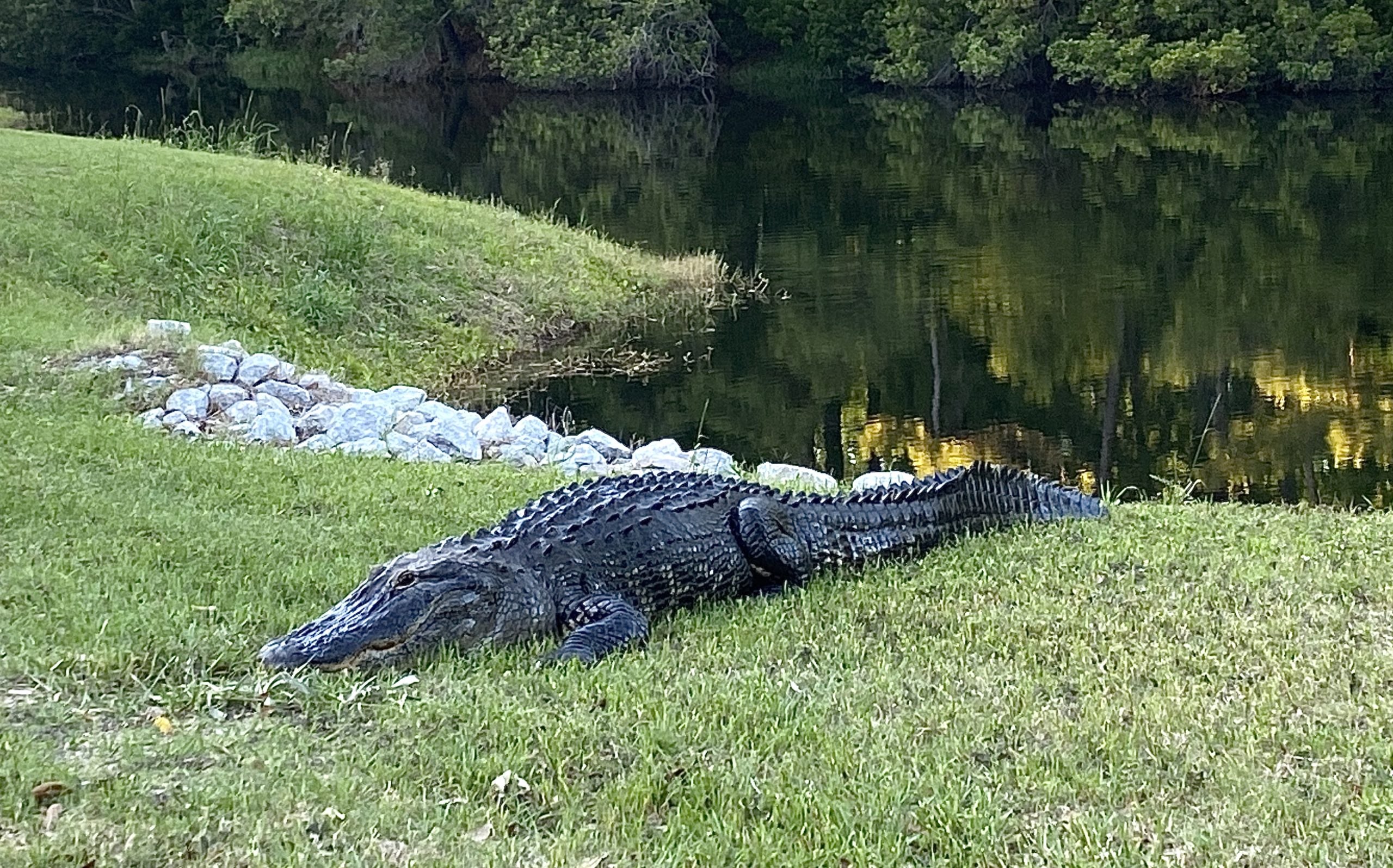 In an extremely rare event, a South Carolina woman was killed in an alligator attack Friday on Kiawah Island, according to the Charleston County Sheriff’s Office.

Moments before the attack, the woman’s friend warned her to not get closer to the alligator, according to a sheriff’s office incident report obtained by FITSNews, but reported first by the Post and Courier.

The witness told police that her friend, later identified as 58-year-old Cynthia Covert, of Johns Island, was visiting her home Friday afternoon. The witness said Covert was not acting like her “normal self.” She said she was cleaning up and noticed her friend on the back steps, very close to the alligator.

Covert’s friend yelled to not get any closer, but Covert “continued off the back steps towards to where the alligator was,” the report said.

She kept yelling as Covert crept closer to the gator. When Covert was about four feet from the edge of the water, the alligator attacked and dragged her into the water, according to the incident report.

“She stated her husband tried to save her friend, but the alligator dragged her under the water,” the report said.

The Charleston County Sheriff’s Office responded to the incident on Salt Cedar Lane, Kiawah Island around 5 p.m. Friday. An officer “observed the alligator and the victim surface” in the water,” the report said.

An autopsy is scheduled for Monday, according to the Charleston County Sheriff’s Office.

May is mating season for alligators in South Carolina, which means alligators are more active this time of the year. South Carolina Department of Natural Resources (SCDNR) officials urge residents and tourists to never feed alligators as it makes them more aggressive toward humans. It’s also very important for humans to keep their distance from these creatures, experts stress.

This attack is the fourth reported in Charleston County history, according to SCDNR records.

According to SCDNR South Carolina has had only three fatal alligator attacks in its recorded history and each occurred within the last four years. The first was an elderly woman in Charleston County in 2016. Before Friday’s deadly attack, the most recent incident was a 44-year-old teacher in Hilton Head Island, South Carolina who was killed by an alligator while walking her dog near a lagoon in the gated community of Sea Pines.

Developer Charles Fraser founded both the Sea Pines and Kiawah Island resort communities, which were built on the concept that communities could be developed while the wildlife preserved. Fraser actually marketed the Sea Pines Resort using the allure of alligators. In 1962, Fraser walked alongside an alligator named Albert for a magazine photoshoot that attracted attention from around the world.

Last summer, a 68-year-old woman was hospitalized after an alligator attack in Sun City-Hilton Head, the Island Packet repotted. She survived the incident.