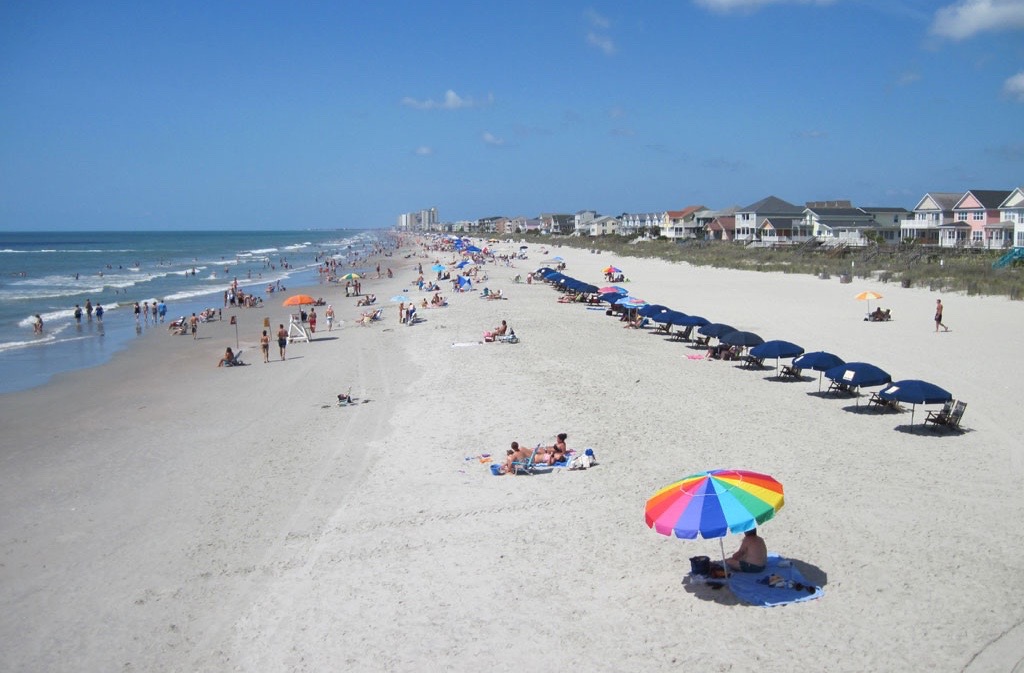 In Monday’s press conference, McMaster said that the new order gives the decision-making power back to local municipalities to decide if they want to reopen beach access points or keep them closed. Beaches can re-open as early as noon Tuesday.

McMaster also issued an order to reopen some of the “non-essential” businesses that he closed three weeks ago, he said in Monday’s press conference.

He said retail stores including furniture, jewelry, and clothing stores are allowed to reopen starting at 5 p.m. Monday. Those stores can only allow to have five customers for every 1,000 square feet of retail space or 20 percent of the store’s capacity.

Social distancing laws (no more than three people gathered in a group at at time) will still be enforced at both the retail stores and the beaches, McMaster said Monday.

Leaders of four Charleston-area beach towns (Edisto, Isle of Palms, Sullivan’s Island and Folly Beach) have vowed to continue to restrict beach access, despite the governor’s orders, WCIV reported. The Island Packet reports that Hilton Head Island beaches will stay closed as well. The Town of Hilton Head will decide tomorrow on a resolution to reopen the beaches on April 30.

The decision comes as a widely followed model shifted dramatically on Friday — showing for the first time that South Carolina has moved past the peak of the pandemic on April 9, 2020.

Late Friday, the Institute for Health Metrics and Evaluation (IHME) in Seattle, Washington revised its projected fatality count for the virus in the Palmetto State, predicting that 217 South Carolinians would likely die from COVID-19 exposure. That figure was much lower than the 672 deaths the institute projected earlier in the week.

“Modeling projections and data trends vary and they can still change very quickly,” Dr. Linda Bell of the South Carolina Department of Health and Environmental Services (SCDHEC) said Monday. “We recognize the need to be very cautious in relaxing preventative measures so we don’t see rebound disease activity.”

On Thursday, McMaster ordered to re-open public boat ramps, which he closed along with the beaches three weeks ago.

On March 31, McMaster ordered for the following businesses to shut down.

Those stores listed above will stay closed, McMaster said Monday.

On April 3, McMaster extended that order to include most retail-type stores such as clothing, shoes, accessory, sporting goods, music, boat, home furnishing and furniture stores. Those stores will be allowed to re-open this week.

On Monday, the South Carolina Department of Health and Environmental (SCHDEC) announced 63 new cases — the lowest amount of daily cases since March.

“Our current data does show us that social distancing and staying at home is working,” Bell said Tuesday.

However, Bell said experts have not seen a steady decline of reported cases yet in South Carolina.

“What we’ve been seeing for a few days now is a potential leveling off,” Bell said. “We would like to see a significant downward trend for at least 14 days to be more comfortable about disease activity in the community.”

McMaster said Monday that he decided to lift the two restrictions because South Carolinians have complied with social distancing orders in place.

In total, South Carolina has had 4,439 confirmed COVID-19 cases since they started testing in early March. About two-thirds of those people who tested positive have already recovered, SCDHEC officials said Friday.

Even though health officials have ramped up efforts to increase testing availability, South Carolina ranked 39th in the nation for coronavirus testing having done 7,882 tests per one million people, according to Vox. In total, 41,277 have been tested for COVID-19 in South Carolina and 36,838 have had negative results. 124 people in South Carolina have died from COVID-19 so far.

McMaster said in the press conference they will announce a decision about reopening South Carolina public schools later this week.

Guest Column: What If The Lockdown Was All A Big Mistake?

Covid-19 Hospitalizations Hit Another Record High, But Cases Are Starting To Decline