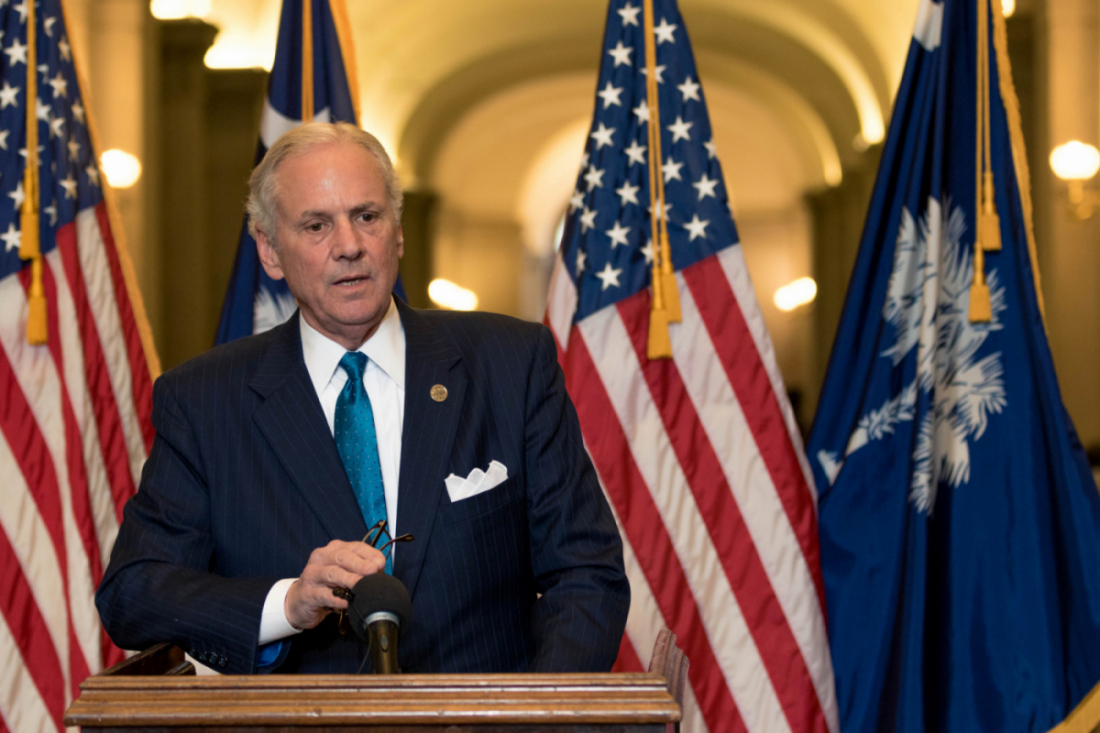 On Monday, South Carolina governor Henry McMaster reported some progress on the state’s response to the coronavirus. However, the state reported its worst spike in COVID-19 cases yet with more than 100 cases and two deaths.

South Carolina hospitals have freed up more than 60 percent of hospital beds after McMaster requested to cancel non-essential surgeries and procedures, he said Monday.

On Friday, McMaster issued an order banning more than three people in a group at one time in response to large gatherings taking place, particularly on the beaches last week. On Monday, McMaster urged law enforcement to “implement (the order) vigorously” as they see fit.

“That lack of consideration, forethought and consciousness about what’s going on is will what result in the spread of this virus,” McMaster said of people who have gathered in large groups in the last week.

The latest order said it is unlawful to “congregate, unless authorized or in their homes, in groups of three or more and to refuse to disperse upon order of a law enforcement officer” during a state of emergency.

He said the order does not apply to businesses. He asked law enforcement officers to use “common sense” when implementing the law. He said this won’t apply to a family of three riding bikes in their neighborhood, for instance. McMaster said those who violate this order will face a misdemeanor charge.

Linda Bell, of the S.C. Department of Health and Environmental Control, said South Carolina is in the “acceleration phase” of the disease because of the amount of community spread that is occurring.

Bell said many people are not taking the social distancing measures seriously because they were not aware of specific cases happening in their own communities.

“If we change these behaviors, we can slow the spread and stop the transmission,” Bell said. “Follow the guidance that has been provided, regardless on whether or not you know of specific cases in your neighborhood to community.”

McMaster urged that South Carolinians wash their hands and practice social distancing. McMaster said he had no plans as of Monday to issue a “shelter in place” order like in other states.

On Saturday, this news outlet published some internal “predictive analysis” models shared with leaders of the S.C. General Assembly by officials with the S.C. Emergency Management Division (SCEMD).

According to those models, total cases could eclipse 1,700 by the end of the month – with cases continuing to crop up for two months thereafter.

The latest CDC research released this week shows that COVID-19 is hitting millennials harder than it did in China with about 1/5 of infected people between 20 and 44 requiring hospitalization for treatment. Of the 508 patients hospitalized, between 4.9 and 11.5 percent of COVID-19 patients were admitted to the ICU.

The CDC data (encompassing more than 2,000 patients in the United States) showed that 49 percent of cases were people over 55 years old. Mortality rates are highest among the elderly in the U.S., as they were in China. About 80 percent of the deaths so far were people over 60.

As of Monday afternoon, more than 33,000 people in the United States had been infected by the virus, according to a database maintained by The New York Times. Meanwhile a total of 428 Americans have died as a result of exposure to the virus. Worldwide, there were 332,935 confirmed cases in 190 countries or territories leading to 14,510 deaths, per the latest statistics from the World Health Organization (WHO).

In South Carolina, there were 297 confirmed cases and five deaths according to data released by the S.C. Department of Health and Environmental Control (SCDHEC).

This news outlet is committed to giving our readers the very latest, most relevant information we have regarding this unfolding situation. To check out more of our coronavirus coverage, click on the link below …