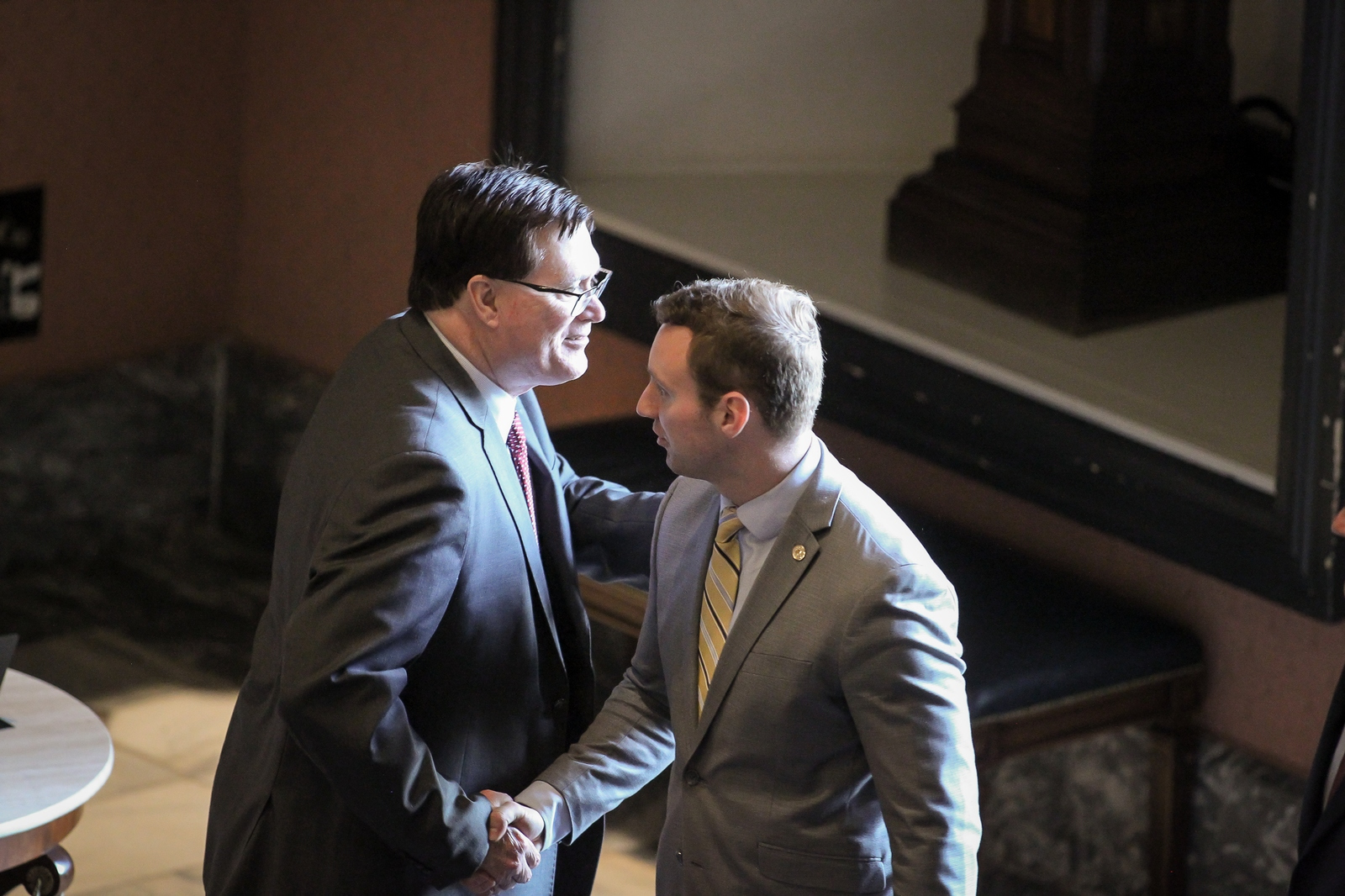 South Carolina lawmakers are privately conferring with one another after receiving the “winning bids” from the administration of governor Henry McMaster earlier this week regarding the disposition of Santee Cooper, the Palmetto State’s failed government-run utility.

Multiple high-level confabs have been held at the state capital in Columbia, S.C. over the last forty-eight hours. Legislative leaders Jay Lucas and Hugh Leatherman met together behind closed doors with staffers after receiving the bids from McMaster. Follow-up meetings have been held with key lawmakers and Santee Cooper leaders.

The goal of these meetings? Getting everyone on the same page as this issue begins to make its way through the S.C. General Assembly.

How is that process coming along? Not well …

To recap: The future of Santee Cooper is up in the air following its starring role in NukeGate – a catastrophically failed government-led intervention in the nuclear power business. Along with its private sector partner SCANA, Santee Cooper was supposed to build a pair of next-generation nuclear reactors in Fairfield county, South Carolina in 2016 and 2017, respectively.

At least $10 billion was spent on this project – including an estimated $2 billion in socialized private sector investment (courtesy of state lawmakers).

Unfortunately, the reactors were never finished – and Santee Cooper and SCANA couldn’t afford the estimated $10-16 billion price tag necessary to complete them. On July 31, 2017 Santee Cooper pulled the plug on the boondoggle. Shortly thereafter, it was revealed executives at both utilities knew the project was doomed for years and didn’t warn the public.

SCANA has already been sold in the aftermath of the disaster – to Virginia-based Dominion Energy. Now lawmakers are trying to decide what to do with Santee Cooper – which this news outlet proposed selling more than a dozen years ago when it would have fetched billions for taxpayers.

Now Santee Cooper is billions in debt … and is exposed to significant liability in connection with NukeGate-related lawsuits.

All of which will mean higher rates for consumers …

Lawmakers have been presented with three choices to extricate themselves from this disaster of their own making: Sell Santee Cooper to Florida-based NextEra Energy, allow Dominion to manage it or allow the utility the opportunity to “reform” itself. That latter option, incidentally, is one this news outlet has repeatedly warned against in light of the utility’s ongoing reliance on smoke-and-mirrors propagandizing (and its behind-the-scenes efforts to scuttle any sale attempt).

Where are the votes?

According to our sources, the bid to sell Santee Cooper may have enough votes in the S.C. House – but is roughly three to four votes short of the margin it would need to pass the S.C. Senate. Also, moves are being made by certain senators in an attempt to firm up this whip count – including a major gambit by state senators Luke Rankin and Stephen Goldfinch, both of whom are staunch opponents of selling Santee Cooper.

According to Rankin and Goldfinch, McMaster’s Department of Administration (SCDOA) violated state law by permitting one of the companies hired to review the bids to have a stake in the outcome of the process. Specifically, the California-based law firm of Gibson Dunn agreed to defer part of its compensation for consulting with SCDOA on the Santee Cooper bids based on a contingency.

The contingency being if Santee Cooper were sold …

Is this a big deal? Monetarily, no. It is a $600,000 molecule in a $9.4 billion proposal (the listed value of the NextEra bid, per SCDOA). But Rankin and Goldfinch are already seizing upon it as a Watergate-level scandal – with the latter calling the Gibson Dunn arrangement “shocking to the conscience.”

Curiously, Rankin (above) and Goldfinch said nothing while Santee Cooper habitually and flagrantly violated this same law during the bid solicitation process.

Also, they sat on the information they obtained about this contingency deal for months … waiting until the bids were unsealed to go public with it. They claim to have been trying to protect the “integrity” of the process by waiting, but we find such a suggestion laughable.

They were waiting for maximum impact …

Our view? Goldfinch and Rankin are looking to lock down opposition to a Santee Cooper sale right out of the gate – which makes sense for them strategically (and according to some senators might actually wind up succeeding).

While the arrangement in question doesn’t appear especially scandalous to us, it is clear McMaster’s administration should have never entertained any arrangement which opened the bidding process up to this sort of criticism (and potential litigiousness).

In fact, we would go so far as to say the only way this issue goes away is if the law firm agrees to eat the contingency cost. And even then, Rankin and Goldfinch would likely hold up such a decision to be an admission of guilt.

We also wonder whether the SCDOA is really this stupid … or whether the embrace of such a poorly considered arrangement was intentional, a “poison pill” if you will.

While the Rankin/ Goldfinch gambit appears to be calcifying opposition among those lawmakers who were already against a sale, those who previously supported selling Santee Cooper have had success firming up their position, too.

Their lead argument? That the NextEra sale offer is the only deal on the table that provides a means of addressing the potentially devastating class action lawsuit currently pending against Santee Cooper.

“A key consideration is the pending class action lawsuit,” one GOP senator told us confidentially. “If it is successful, it could bankrupt Santee Cooper – whereas a sale would involve the settling of that lawsuit.”

Rulings by former S.C. chief justice Jean Toal – who has been tasked with responsibility over all NukeGate actions at the state level – have also given some lawmakers who want keep Santee Cooper under state control significant “cause for pause.”

What’s next in this process? We will find out at high noon on Thursday, February 13 as a joint panel of House members and state senators gather to receive a briefing on the proposals from SCDOA director Marcia Adams.

We will look for more cards to be laid on the table at that gathering as this high-stakes battle moves into its next phase.