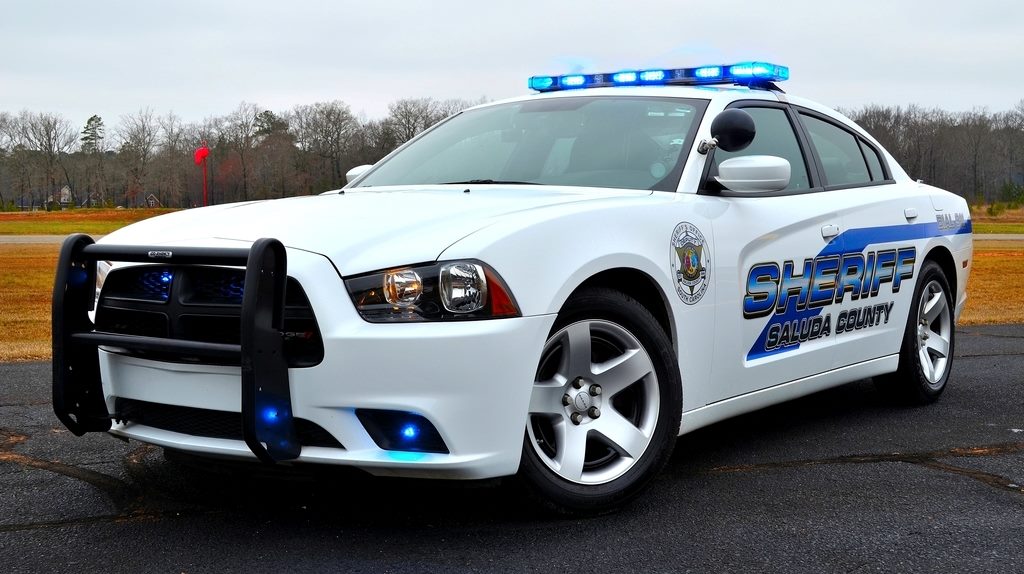 A deputy who infamously mistook bird feces for cocaine during the arrest of a Georgia Southern University football player is no longer employed by the Saluda county, South Carolina sheriff’s office. But questions surrounding deputy Charles Browder – whose wife is an assistant solicitor in a nearby county – go much deeper than the error that made national headlines following the July 2019 arrest of quarterback Shai Werts.

Last week, Browder was the focus of an extensive investigative report by Liz Owens of WRDW TV-12 (CBS – Augusta, Georgia). According to Owens, his case provides a perfect example of how a broken system “allows deputies with questionable past(s) to keep their badge(s).”

In many cases, deputies are permitted to resign their positions or acknowledge generic “conduct unbecoming” violations rather than being terminated for misconduct (or facing criminal charges for their actions). As a result, the consequences for bad behavior dissipate dramatically. These officers are often able to maintain their certification with the S.C. Criminal Justice Academy (SCCJA) – which ostensibly regulates the law enforcement profession in the Palmetto State.

Retaining certification means they can get new jobs in law enforcement …

Also, resignations often put the kibosh on local law enforcement investigations into their conduct – thus preventing embarrassing paper trails from following them to their new positions.

In the case of Browder, Owens’ report began by recalling the infamous “bird poop” case – in which Werts was charged with drug possession after Browder pulled him over in Saluda county and allegedly found cocaine residue on the hood of his vehicle.

“I swear to God, that’s bird doo-doo,” Werts told Browder, per a bodycam recording of the arrest.

“I swear to God, it’s not,” Browder responded. “I just tested it, and it turned pink.”

“I play football, sir,” Werts pleaded. “I don’t do cocaine.”

The “dust-up” led to a barrage of negative national coverage for the Palmetto State, including allegations of racial profiling by white cops against black athletes.

The cocaine charge was eventually dropped by the office of S.C. eleventh circuit solicitor Rick Hubbard after further testing by the S.C. State Law Enforcement Division (SLED) revealed the substance found on Werts’ vehicle was in fact bird feces.

Also, the roadside test referenced by Browder has a history of generating false positives – and is no longer being relied upon as a basis for filing criminal charges.

“We looked through Browder’s past as a law enforcement agent,” Owens reported on behalf of the WRDW “I-Team,” which conducts investigative reports on matters of local interest.

What did she find?

For starters, Owens’ research revealed that Browder resigned from the Lexington county sheriff’s department amid an investigation into his handling of a domestic incident in which he verbally berated a female.

This incident was captured on a cell phone camera and served as the basis for an internal investigation at the Lexington sheriff’s department. Browder was ultimately found guilty of “conduct unbecoming” by the office of Lexington sheriff Jay Koon – but resigned before he could be terminated.

Of course that was just the beginning of Browder’s issues at Lexington county, per Owens’ report …

According to page three of Browder’s file, “a woman came forward after finding inappropriate messages between a child and Browder. The deputy met the minor while responding to a call.”

Browder admitted to sending a shirtless picture of himself to the child and asking the minor to secretly meet him.

While Lexington County was investigating that, documents say investigators found evidence Browder was having a sexual relationship with a woman while on duty.

Investigators found deleted texts from Browder to the woman read: “You’re so sexy and you just have no idea how bad I want you.” Text exchanges show the two would meet up during his shift. In a statement to internal affairs in Lexington County, Browder admits to sex acts while on duty – roadside.

In late December of 2019, solicitor Hubbard sent a letter to the Saluda county sheriff’s office warning them of “matters of great concern” related to Browder and “SUSTAINED findings” (emphasis original) in the Lexington county sheriff’s investigation into his conduct.

Hubbard’s letter referenced the inappropriate texts and the allegation that Browder “attempted to entice the minor to sneak out of (their) home to meet him while he was on duty” – which he claimed the deputy “admitted to” during the course of the investigation.

Hubbard’s letter also referenced allegations that Browder had “texted in a sexually explicit or sexually inappropriate manner while on service calls” and that he admitted to sending and receiving “text messages, which included nude or explicit photos of himself (some included him in uniform) and of the other party.”

Browder also admitted to meeting “with individuals while on-duty and engaging in sexual activities with them,” according to Hubbard.

“Such behavior reflects directly upon Browder’s ethics, integrity, and honesty,” the solicitor’s letter concluded. “My office cannot and will not prosecute any case that may require Deputy Browder testimony.”

Our view on all of this? This news outlet has published several editorials recently (here and here) in the aftermath of various scandals involving law enforcement leaders in South Carolina.

But what about rank-and-file cops?

Given pressing shortages in these positions … what standard should we apply to suspend or terminate their ability to wear the badge?

This news outlet has also written of late regarding multiple sex scandals involving sheriffs, deputies, police officers and other law enforcement personnel. In covering those scandals, we have consistently noted that our news outlet tends to be far more understanding than the mainstream media when it comes to such consensual kink, however “our socially liberal views regarding promiscuity in the workplace do not extend to law enforcement officers who are on the clock (and on government property).”

“What officers choose to do with other consenting adults on their own time and in the privacy of their homes is none of our business, but when they clock in and come to work their job is to protect and serve – not sexually service each other,” we reiterated in response to one recent case.

Same goes for the citizens they interact with …

Clearly Browder’s behavior crossed that line – and we believe his questionable conduct in a host of related incidents clearly justified the warning solicitor Hubbard provided to Saluda county. In his case, we are not dealing with one or two isolated incidents of poor judgment – but rather a clear pattern of recklessness.

Given the higher standard to which those wearing the badge must aspire, such recklessness cannot be tolerated.

As this news outlet has often noted, law enforcement is a core function of government – essential to the protection and preservation of life, liberty and property and the pursuit of happiness and prosperity amongst all citizens of our society. It must be adequately funded – and transparently, efficiently and fairly administered.

Anything short of this ideal is unacceptable …

Iowa Vote: A Disaster For Democrats

Many people, when planning travel and or vacations, use bad cop videos to exclude areas as too dangerous.
Experienced travelers and tourists know that bad cops target travelers.
S.C.’s extraordinarily enormous number of law enforcement scandals is a case in point. Browder is a sexual predator and too uninformed to realize that cocaine costs too much to leave stuck to a car hood to be rained off. Another near roon temp. IQ deputy told the victim that he was safe in their captivity.
We have eliminated your state from all visitation consideration. It is dangerous for tourists.