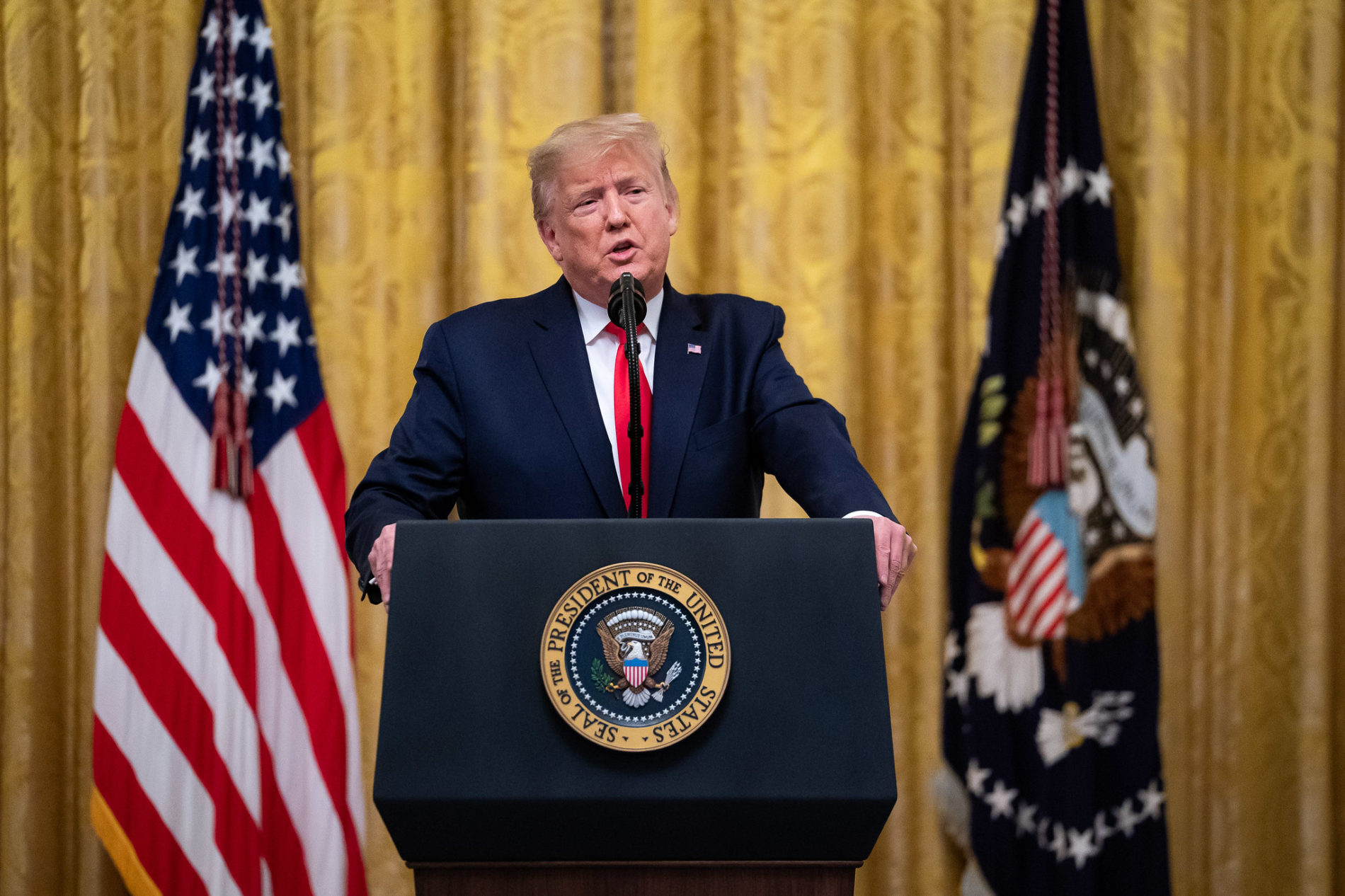 This news outlet endorsed the candidacy of U.S. president Donald Trump in 2016. Actually, we endorsed Trump twice – once prior to the “First in the South” Republican presidential primary and again before his shocking upset of Democratic presidential nominee Hillary Clinton.

Trump has not pleased us, however. While we support many of his positions, he has disappointed us on the bread-and-butter issues of taxes and spending. Specifically, he has failed to restrain the uncontrollable, unsustainable expansion of the federal behemoth – and, in fact, has actually escalated dangerous deficit spending.

This failure has been coupled by a refusal to target tax relief where it is needed most – middle class America.

Furthermore, Trump had to be dragged kicking and screaming into the fight over his signature campaign initiative: A border wall to stem the influx of illegal immigrants into this country.

Anyway, earlier this month we wrote a column assessing Trump’s reelection prospects through the lens of a famous question first posed nearly forty years ago by U.S. president Ronald Reagan (during a 1980 presidential debate with incumbent Democrat Jimmy Carter).

Reagan’s famous question: Are you better off than you were four years ago?

“Over the years, various iterations of the ‘are you better off’ question have become key political barometers,” we noted in our recent column.

We also pointed out that this barometer – which rises and falls in large part on the basis of the national economy – has been rendered “potentially less impactful” due to our “current climate of hyper-partisanship and polarization.”

Still, though … it matters.

Does that maxim still hold?

This week, the pollsters at Gallup released some interesting data related to Americans’ views of their country following the first three years of the Trump administration.

Think Trump won’t use those data points to try and win over black voters?

Saad’s “bottom line” on this data?

“Americans’ overall satisfaction with the country’s direction is at its highest point since 2005,” she wrote. “While large majorities applaud the nation’s economy and military strength, they remain critical of the federal government on several dimensions and see room for improvement in numerous areas related to the health and wellbeing of Americans.”

Here is the bigger question, though: Even if more Americans are increasingly satisfied with the state of their union under Trump, will they give the bombastic chief executive credit for those improvements?

Not surprisingly, Trump’s reelection campaign seized upon the Gallup data.

According to spokesman Andrew Clark, “Americans are overwhelmingly more satisfied with the state of the country than they were in the final days of the Obama-Biden presidency … yet all the out-of-touch 2020 Democrats continue to do is spew more hate and apoplectic doom about President Trump and his policies while pushing a radical and unpopular left-wing agenda that would decimate the economy and kick America’s families to the curb.”

“With every passing day, the choice is even clearer: Americans can re-elect a President who is fighting for them, or vote for a Democrat who will take away their jobs, give away their health care to illegals, hike their taxes and energy bills, and destroy the best economy America has seen in decades,” Clark said.

From our perspective, Trump’s most compelling reelection argument (assuming the economy doesn’t fall apart over the next nine months) is not anything he has done – but rather the slate of radicals and socialists currently campaigning against him.

Which makes 2020 the definitional lesser of two evils election … again.