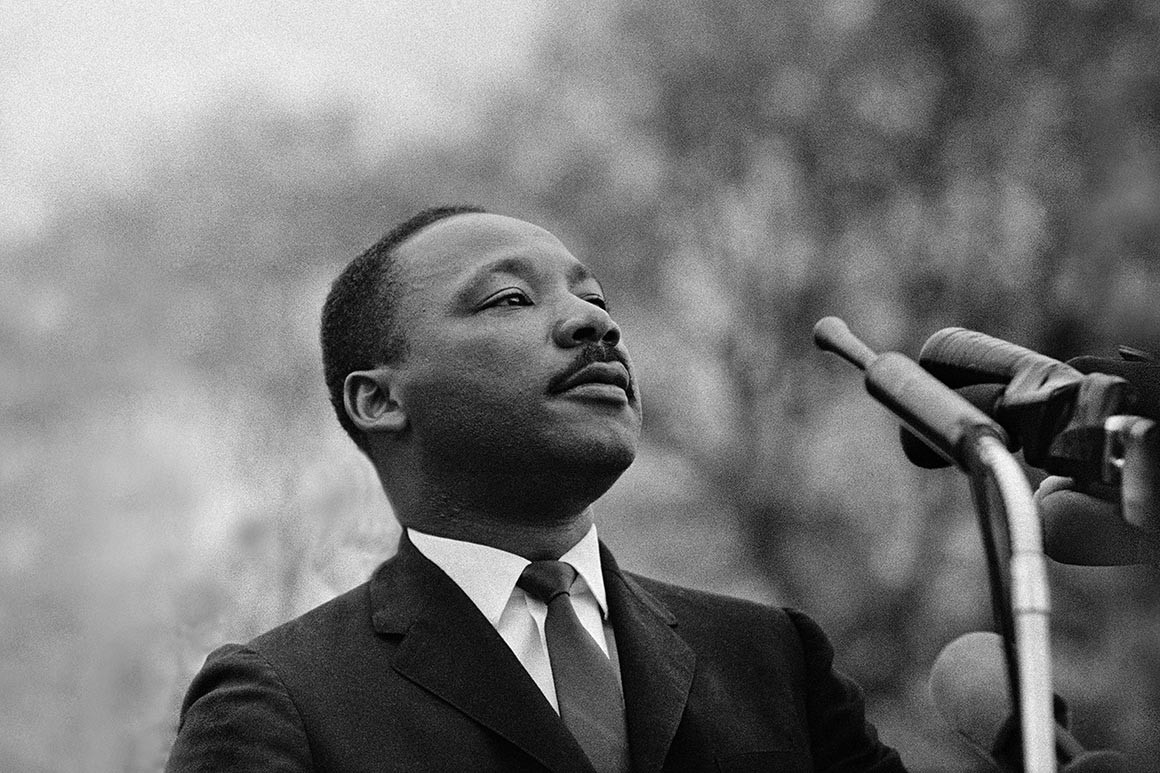 Our news outlet has written frequently on the legacy of Martin Luther King, Jr. – and almost always favorably. The public face of King is one of a champion for liberty and equality, and few in American history have approached his adeptness in that regard.

“We can’t think of anyone better than King at articulating the fundamental essence and importance of liberty,” we wrote back in 2010.

The preacher and civil rights leader was indeed a passionate, peerless voice for those voices were being suppressed – and his distinctly positive impact in expanding the reach of individual freedom and the cause of equality cannot be understated (nor should the gains he helped achieve on both of these fronts ever be erased).

Of course there was another side to King …

Last May, socialist author (and King-friendly biographer) David J. Garrow published some harrowing details from a trove of documents detailing the extensive surveillance of King during the 1960s by the Federal Bureau of Investigation (FBI).

These documents – published in the British magazine Standpoint – are disturbing.

“They expose in graphic detail the FBI’s intense focus on King’s extensive extramarital sexual relationships with dozens of women, and also his presence in a Washington hotel room when a friend, a Baptist minister, allegedly raped one of his ‘parishioners,’ while King ‘looked on, laughed and offered advice,'” Garrow wrote, quoting from a summary of one of the FBI surveillance reports. “The FBI’s tape recording of that criminal assault still exists today, resting under court seal in a National Archives vault.”

“When one of the women shied away from engaging in an unnatural act, King and several of the men discussed how she was to be taught and initiated in this respect,” the summary document noted. “King told her that to perform such an act would ‘help your soul.’”

“The complete transcripts and surviving recordings are not due to be released until 2027 but when they are made fully available a painful historical reckoning concerning King’s personal conduct seems inevitable,” Garrow wrote.

That presumes any American media outlets bother to cover the release of those recordings … because none of them bothered to cover Garrow’s report on the FBI files.

“It’s easy to wonder if a desire to shield King’s reputation, or to avoid Twitter blowback, could be at work,” noted David Greenberg for Politico.

Actually, there is no “wondering” about it. That’s exactly what happened.

“The American media has decided to do nothing with it,” noted Matt Walsh for Daily Wire, referring to Garrow’s report. “I imagine many Americans will follow suit. They will put their fingers in their ears and pretend they never heard it.”

Walsh proceeded to equate the revelations regarding King with “the new standard” being applied to historical figures like Christopher Columbus, George Washington, Thomas Jefferson and Robert E. Lee and “any number of other (white) historical figures.”

“These men have gone from heroes to villains, and their memorials have been torn down as a result, their murals destroyed, their names removed, their monuments defaced,” he wrote.

While Walsh argued that “King’s statues must be toppled” if the same standard is to be applied, he suggested an alternative “that can be equally applied to all historical figures.”

“Rather than canonize our heroes on one hand, or demonize them on the other, we can humanize them,” he wrote. “We begin to see them as real people, not caricatures, and we strive to understand and appreciate them as such. We do not hide our faces from the darker elements of their personalities. We do not justify their sins or rationalize them. We discuss them, openly and honestly. And we don’t look to turn them into cartoon villains, either. We see them as men – nothing more or less than that.”

Sounds fair to us …

Also, whatever historical reevaluation may ultimately befall King … in the final analysis, does anything he allegedly did detract from the essential moral underpinnings of the movement he led?

Would King’s moral hypocrisy make the racism against which he fought any less of “an inherent evil irrespective of its directional orientation,” as we noted two years ago in addressing MLK day.

Or to put it another way, can the laudable ideals of liberty and equality lose any of their luster due to the failings of a human being?

No … only through the narrow and flawed interpretations of other human beings is that possible.

As for this news outlet, we will continue to measure King’s legacy on the basis of the advancement of liberty and prosperity – i.e. the fulfillment of the “promissory note” referenced by King in his signature speech delivered on the steps of the Lincoln Memorial on August 28, 1963.

“This note was a promise that all men, yes, black men as well as white men, would be guaranteed the inalienable rights of life, liberty, and the pursuit of happiness,” King said.

That represents an increase of 1.2 percent from where it was three years ago (Obama’s final full month in office) – and is the highest mark recorded by this metric since before the Great Recession.

Black income levels are also on the rise – as is black wealth – although there obviously remain sizable prosperity gaps in our nation based on race.

Accordingly, we will continue to advocate for policies like broad-based tax relief and school choice – the latter of which began as a distinctly black movement in Milwaukee, Wisconsin in the early 1990s under civil rights activist Howard Fuller.

We will also argue for real equality … even if that means taking uncomfortable assessments of individuals whose legacies we have previously praised.

Ron Paul: Who Will Stand Up To Obama?