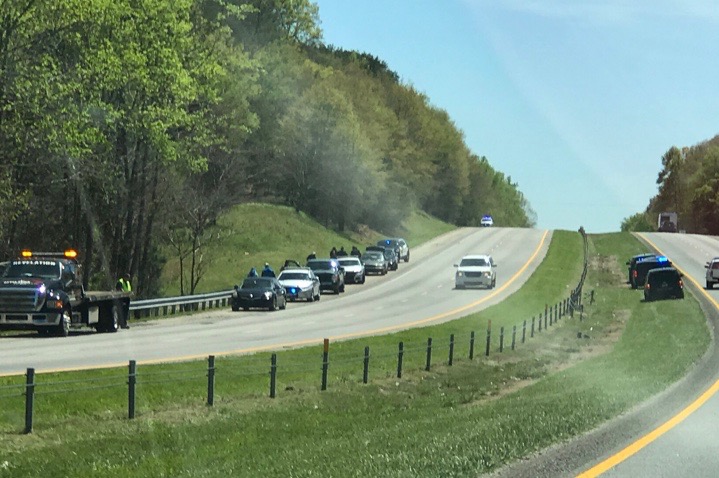 We’ve written in recent months about a lack of law enforcement presence on South Carolina interstates – especially in Spartanburg County.

That wasn’t the case this Sunday, though … at least not on Interstate 26 heading northbound between Woodruff and Moore, S.C.

According to our sources, more than a dozen police vehicles – including numerous unmarked Suburbans – were engaged in an enforcement action on that particular stretch of highway shortly after 1:00 p.m. EDT.

In addition to the unmarked SUVs, several marked vehicles from the S.C. Highway Patrol (SCHP) were also involved in the action.

One witness said the massive law enforcement presence was centered around “a broken down car” and what looked like “fifteen Mexicans sitting over the hillside.”

Could this be an immigration enforcement action?

Donald Trump Needs To Put A Leash On This Puppy