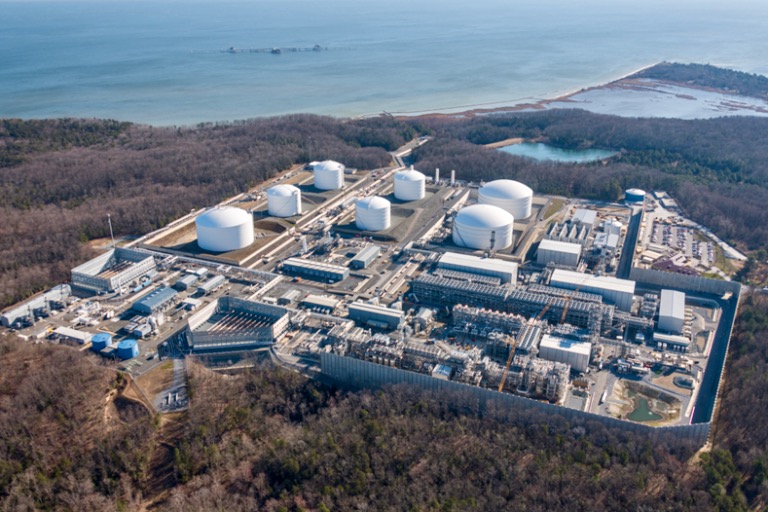 Virginia-based Dominion Energy announced a major capital redeployment move on Monday, selling a twenty-five percent stake in its Cove Point liquefied natural gas facility. The sale to Brookfield Super-Core Infrastructure Partners will net $2 billion for the Richmond-based company, according to a news release. That money is expected to go into natural gas infrastructure.

“The agreement highlights the compelling intrinsic value of Cove Point and allows us to efficiently redeploy capital toward our robust regulated growth capital programs,” Dominion chief executive officer Thomas Farrell said in a statement. “We are very excited to have a highly respected infrastructure investor such as Brookfield as our partner in this world-class facility.”

The deal is expected to be finalized over the next two months, with Dominion maintaining “full operational control of the facility and its services,” according to the release.

Located on the western short of Chesapeake Bay in Lusby, Maryland, Cove Point is a liquefied natural gas import, export and storage facility.

Why is Dominion selling a portion of its ownership in the facility?

“(Dominion) is getting ready to build more gas infrastructure,” one industry source told us.

Dominion’s move comes after one of its regional rivals, Florida-based NextEra Energy, made a major natural gas pipeline play – part of an ongoing, industry-wide transition to natural gas as a “bridge” energy source between coal and renewables.

It also comes as Dominion is eagerly awaiting the resolution of a protracted legal battle over the Atlantic Coast Pipeline, which it is in the process of building with North Carolina-based Duke Energy and Georgia-based Southern Company. The 600-mile pipeline could carry a whopping 1.5 billion cubic feet of natural gas per day from Harrison County, West Virginia to Robeson County, North Carolina – just 21 miles away from the South Carolina border.

Farrell has previously stated he wants to see the pipeline extended into South Carolina.

Do we support the pipeline? And its potential extension into South Carolina?

This spring, we posted a column detailing the extent to which natural gas was the “real hero” of the American energy revolution of the last decade – not to mention the “real reason there are fewer coal-burning plants” in America.