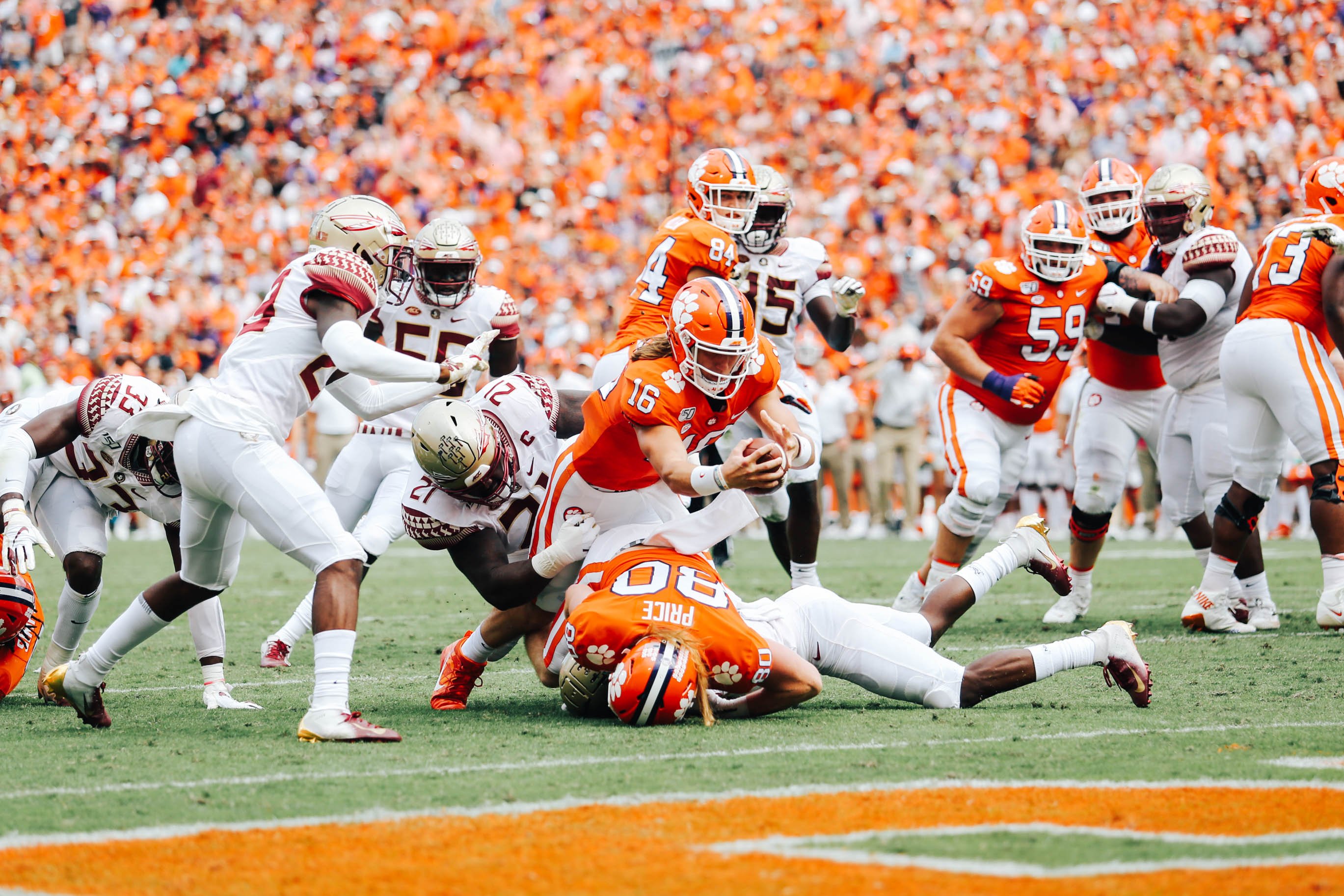 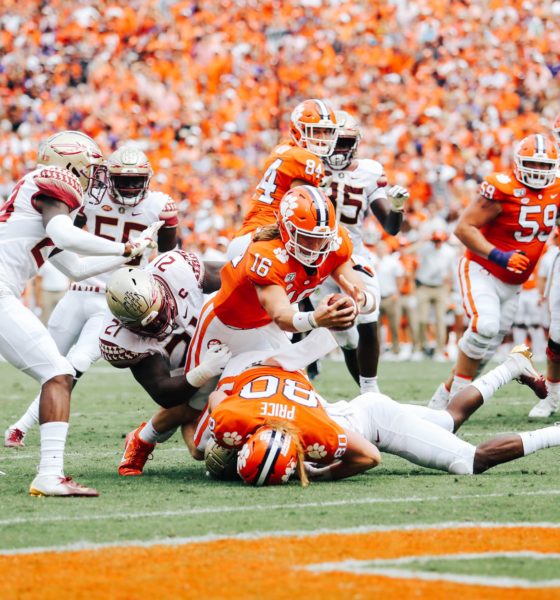 Clemson University’s defending national champion football program had a chip on its shoulder when it welcomed unranked Florida State to Death Valley on Saturday afternoon. After narrowly escaping Chapel Hill, North Carolina with a win two weeks ago over Mack Brown’s Tar Heels, the Tigers lost their No. 1 ranking and had an extra weekend to stew over the indignity.

Most of the questions surrounding the Tiger program involve the play of sophomore quarterback Trevor Lawrence, who has been mired in a bit of a sophomore slump after his breakout freshman campaign a year ago.

There was some concern Lawrence’s struggles may have been due to him playing hurt – particularly after a shoulder injury he sustained in a victory over then-No. 12 Texas A&M.

“I’m wearing something on my shoulder to try to cover it up so it doesn’t get hit again,” Lawrence told reporter Larry Williams of Tiger Illustrated last week.

Whatever ails him, Lawrence rebounded against the hapless Seminoles (3-3, 2-2 ACC) – completing 17 of 25 passes for 170 yards with three touchdowns and one interception. The 6-foot-6, 220-pound native of Cartersville, Georgia also ran six times for 40 yards and a score before giving way to backup Chase Brice early in the third quarter.

At the midway point of the current season, though, Lawrence’s passing numbers remain down. His quarterback rating has dropped from 157.6 a year ago to 145.7 so far this season – and his completion percentage is down from 65.2 percent to 62.7 percent. Also, he has thrown six interceptions through six games after throwing only four in fifteen games (including 11 starts) last year.

The good news? Lawrence has been much better running the football – and is on pace to shatter his 2018 rushing totals. Last year, Lawrence ran for 177 yards on sixty carries – averaging three yards per rush and scoring only one rushing touchdown. This year he has already rushed for 140 yards on twenty-eight carries – averaging five yards per rush.

He has found pay dirt five times, too.

The best news of all? Lawrence and the Tigers remain undefeated … and have now won 21 games in a row dating back to a loss against Alabama in the semifinals of the 2017 College Football Playoff. That is the longest active winning streak in all of college football – and the Tigers are not expected to be seriously challenged the rest of the regular season.

With Lawrence starting, Clemson has now won 17 games in a row.

Unfortunately, a blowout win over a once-proud program (midway through what is obviously a down year for the ACC) clearly did not impress the pollsters.

Not only did Clemson fail to regain its No. 1 ranking over Alabama, but the Tigers actually fell to No. 3 in the Associated Press Top 25 poll released on Sunday. Clemson received only 11 first place votes in that survey (down from 18 votes two weeks ago). Meanwhile in the Amway coaches poll, the Tigers received only 14 first-place votes (down from thirty two weeks ago).

Our guess? That should provide Lawrence and Clemson with plenty of motivation for the second half of their 2019 campaign – a schedule that does not feature any ranked opponents. With the possible exception of its season-ending rivalry game against a resurgent South Carolina program, Clemson basically has nothing but tune-up games ahead of it prior to entering its postseason slate.