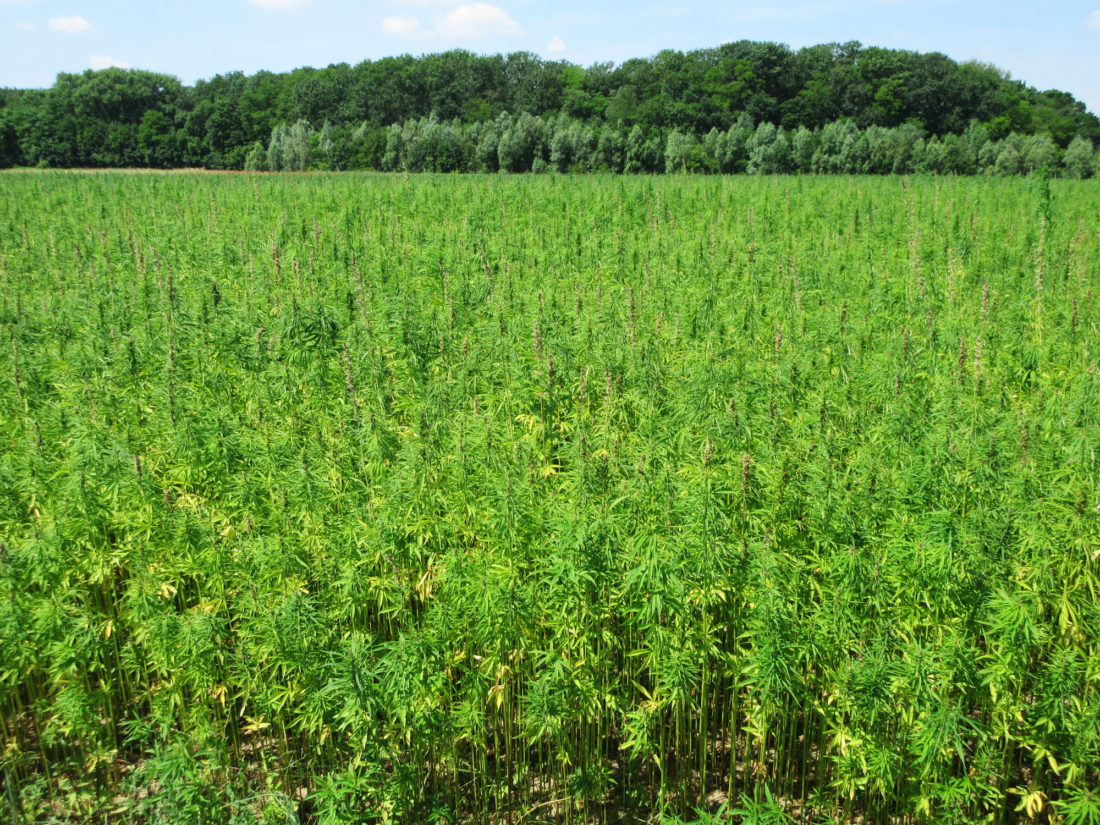 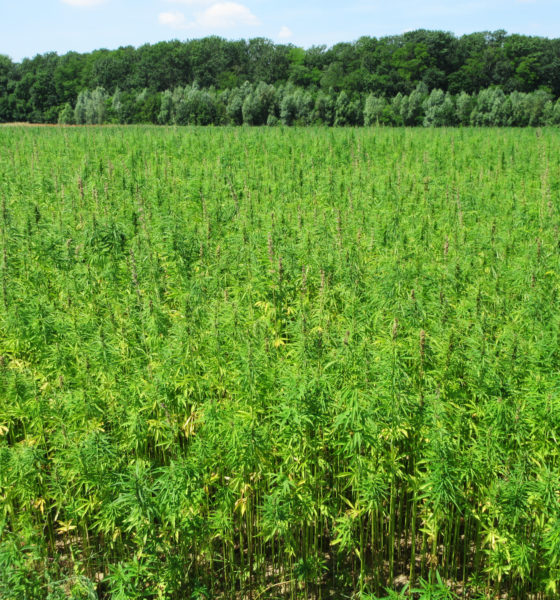 Cops, prosecutors, farmers and lawmakers do battle on the latest from in the Palmetto State’s marijuana war …

The Thursday arrest of a South Carolina farmer for illegal hemp cultivation has unleashed statutory chaos in the Palmetto State – and reignited a war between law enforcement agencies who oppose cannabis and certain elected officials who support it.

The arrest of 38-year-old John Trenton Pendarvis of Harleyville, S.C. for “unlawfully cultivating hemp” was the first of its kind in the state – and has prompted divergent narratives regarding what transpired on the Dorchester county farmer’s property over the past few weeks. These narratives are being advanced by familiar antagonists in an ongoing debate over legalizing the cannabis plant for various industrial, medicinal or recreational purposes.

Very tightly, it would appear …

Supporters of Pendarvis, a licensed hemp grower, claim he made a “mapping error” and was attempting to correct it with the S.C. Department of Agriculture (SCDA) – which administers the Palmetto State’s fledgling hemp program.

Before Pendarvis (above) could do that, though, SCDA officials reported him to the S.C. State Law Enforcement Division (SLED) – whose agents arrested him and mowed down ten acres of hemp valued at more than $12 million.

SCDA said it reported Pendarvis to SLED in accordance with the terms of Act 37 of 2017 – which legalized industrial hemp on a limited basis in the Palmetto State. This year more than 100 farmers are growing hemp on 3,300 acres – although South Carolina lags well behind the rest of the southeast in the cultivation of this cash crop.

“Permitted hemp farmers sign an agreement that says they will report all acreage on which they intend to grow hemp,” a release from SCDA noted. “It’s important that we have a record of GPS coordinates of acreage with permitted hemp growing on it – not only is it required by law, but we’ve shared that information with law enforcement when they have questions.”

Additionally, there is confusion over whether the law prescribed a penalty for the offense with which Pendarvis has been charged – putting the office of S.C. first circuit solicitor David Pascoe in a bit of a sticky situation.

How does a prosecutor seek justice for a charge which has no statutory punishment?

More importantly, there is the question of whether SLED had the right to destroy Pendarvis’ crop – an issue that was totally sidestepped by SCDA.

“SCDA is required to report to SLED and the SC Attorney General any violations of the hemp program that we believe are willful, which is what we did in this case,” the agency noted in its statement. “The decision to take action – and what action to take – lies with law enforcement.”

An August 2019 opinion (.pdf) from the office of attorney general Alan Wilson noted that “SLED should seek judicial authorization for the seizure of illegally-grown hemp in order to ensure that the grower receives due process,” a view we believe is correct.

However, sources close to the attorney general’s office provided us with a copy of a subsequent “communication” related to the case at hand – which they say justifies SLED’s action. Specifically, this communication stated that “where a grower has consented to the seizure and destruction of unlawfully grown hemp, SLED or another appropriate law enforcement authority with jurisdiction may proceed with the destruction upon notification from the Department of Agriculture.”

More on this in a moment …

State senator Brad Hutto – a leading proponent of medical marijuana legalization in the S.C. General Assembly – is representing Pendarvis. Not surprisingly, he has taken dim view of SLED’s interpretation of the law.

“It is a sad day in South Carolina when a person with an excellent reputation and a license to grow hemp is arrested for being a farmer,” Hutto told us. “Cultivation of hemp is legal in South Carolina. It is plant of great medicinal value that is bringing relief to thousands.”

Hutto told us he was especially concerned by SLED’s decision to destroy Pendarvis’ crop – citing the August 2019 attorney general’s opinion.

“The fact that SLED acted without judicial authority to destroy a crop worth several million dollars without regard to a farmer’s due process rights should concern us all,” he said.

Hutto also cited a section of the 2017 hemp law which stated that “a person engaged in cultivating, processing, selling, transporting, possessing, or otherwise distributing industrial hemp, or selling industrial hemp products from industrial hemp, grown, processed, or produced pursuant to this chapter, is not subject to any civil or criminal actions under South Carolina law for engaging in these activities.”

Responding to a Freedom of Information Act (FOIA) request from this news outlet, SLED spokeswoman Kathryn Richardson provided us with documentation of SCDA’s August 6, 2019 referral of the Pendarvis case to her agency.

That referral (.pdf) alleged that Pendarvis was “unlawfully growing hemp on acreage that is not on record with the SCDA,” and that the agency “does not believe this violation to be negligent or an oversight … (but) instead views this conduct as willful.”

Richardson also provided documentation showing that Pendarvis consented to waive his due process rights – and specifically consented to “the forfeiture or destruction, without compensation, of hemp material” – when he signed a participation agreement (.pdf) with SCDA in May of 2019.

Here is his signature on that document …

Finally, Richardson provided a copy of a September 2019 email from assistant attorney general David Jones to SLED general counsel Adam Whitsett in which the due process concerns raised by the August 2019 attorney general’s opinion appear to have been ruled inapplicable “if there has been a valid consent” to the action by hemp growers.

“It is a well-established principle of law that legal barriers to the seizure of property may be waived by consent,” the email stated.

This email appears to be the “communication” previously provided by our source in the attorney general’s office.

“SLED received a notice of a willful violation of the (2017) Hemp Farming Act, in which the South Carolina Department of Agricultural sought enforcement action,” Richardson told us. “In the absence of any established regulatory framework defining such, SLED analyzed the statute and the Agreement signed by the farmer in question and sought guidance from the first circuit solicitor’s office and the South Carolina attorney general’s office prior to taking any action.”

Several state lawmakers we spoke with told us they are livid that SCDA has failed to address the “regulatory framework” described by Richardson, arguing that the confusion in the implementation and enforcement of the law is “SCDA’s fault.”

A source at the agency rebuked that contention, however, claiming the hemp farming act was poorly written by the legislature.

Our view? We do not know who is to blame for the confusion, but as we noted in our original treatment of Pendarvis’ arrest this news outlet has consistently supported the establishment and expansion of hemp farming in the Palmetto State as “an important cash crop,” one with “a diverse array of commercial applications.”

Easy to plant and requiring little water, hemp is good for the soil and provides an above-average return to the farmer. In fact, our only criticism as it relates to hemp farming in South Carolina is that state government waited too long to implement it – and is rolling it out on a far too limited basis.

Obviously we will keep a close eye on this case as it continues to unfold … as well as the broader battle over the legalization of medical marijuana.