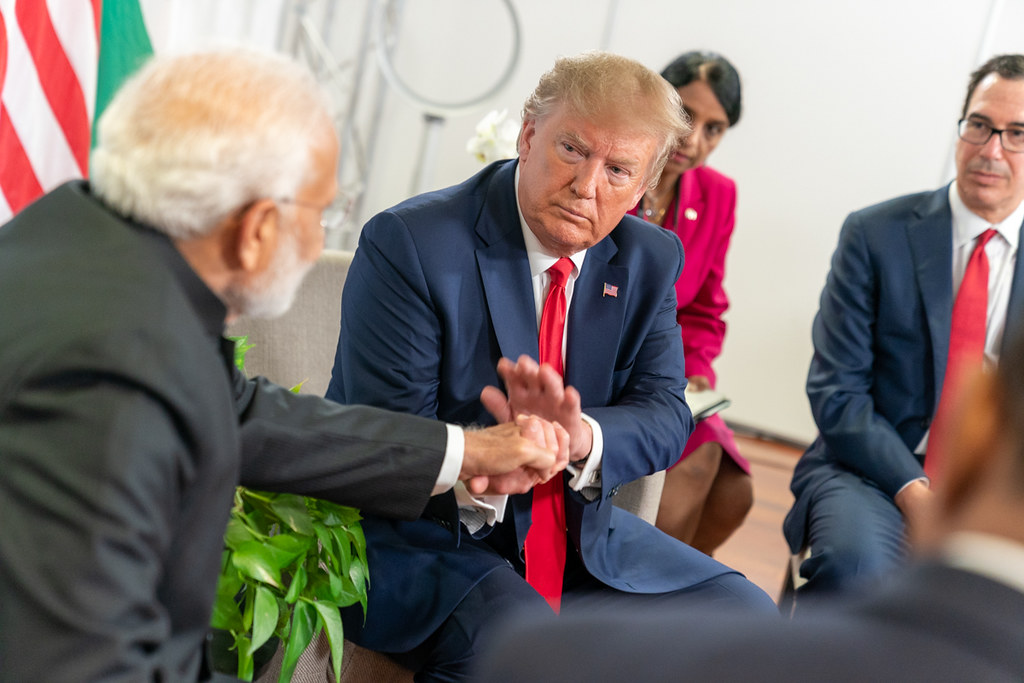 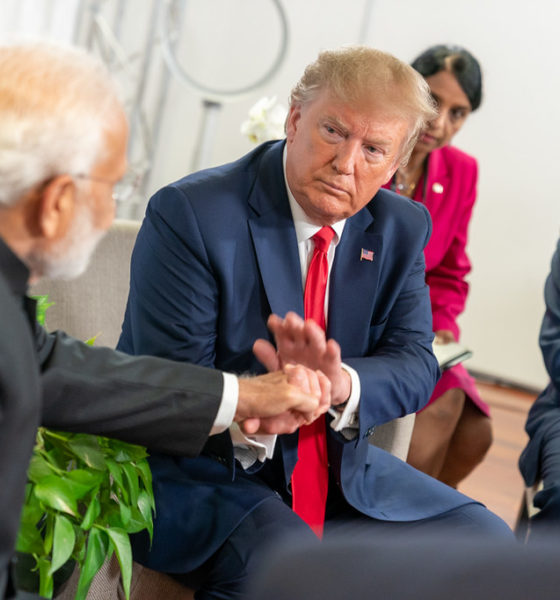 Donald Trump’s ‘Howdy, Modi!’ Rally: Will Nikki Haley Be There?

With the latest round of speculation swirling about her possible ascendency to the national Republican ticket in 2020, former United Nations ambassador Nikki Haley is staring down a potentially pivotal moment in her maneuvering.

Earlier this week, it was reported that U.S. president Donald Trump would be attending a rally scheduled for later this month in Texas on behalf of Indian prime minister Narendra Modi.

The Howdy, Modi! gathering is scheduled to take place at 10:00 a.m. EDT on Sunday, September 22 at NRG Stadium in Houston Texas. The gathering is billed as “a community summit hosted by Texas India Forum (TIF) for Indian prime minister Narendra Modi.”

“Over 50,000 attendees have registered in three weeks for the sold-out event though online registration,” organizers boasted. “The live audience will be the largest gathering for an invited foreign leader visiting the United States other than the Pope.”

Not surprisingly, the visit has huge geopolitical implications – particularly in light of America’s ongoing trade war with China and the softness of the European economy, which appears to be headed for (or is already in) a recession.

“A joint appearance by Modi and Trump in America’s oil and gas capital reflects a desire by Washington and New Delhi to deepen their bilateral energy cooperation,” noted Ronak Desai for Forbes. “Last year, Washington and Delhi signed a U.S.-India Strategic Energy Partnership to enhance collaboration in this arena. Both countries believe the full promise of energy trade remains unfulfilled and want to increase cooperation, particularly with respect to shale and liquefied natural (LNG) gas.”

Modi won reelection back in May by a landslide. Not only that, his Bharatiya Janata party and its coalition partners captured 350 seats in India’s 545-seat parliament.

In other words, he is dealing from a position of strength …

“India’s massive energy demand coupled with its limited domestic supply makes it a huge potential market for American oil and gas exporters,” Desai continued. “Rising tensions elsewhere around the world have also created conditions favorable for greater U.S.-India energy trade. American sanctions against Iran have forced New Delhi to stop importing oil from Tehran, traditionally one of its biggest suppliers. China has ceased purchases of American oil in February as a result of an ongoing trade war between Washington and Beijing.”

The visit has significant political implications, as well – particularly given Haley’s longstanding ties to Modi, which date back to her tenure as governor of South Carolina.

“She has had a relationship with him since 2014,” one Haley confidante told us. “She took her entire family to New York to meet him when she was still governor. Of course they’ve met a number of times since because of her ambassadorship.”

Will Haley (above) be able to leverage her relationship with Modi to secure a prominent role at the Texas gathering? Or is she in danger of being frozen out of the event by U.S. vice president Mike Pence, who is reportedly eager to blunt her national momentum at every turn.

“I don’t think even Pence could keep her out of that room,” Haley’s confidante told us, a remark which underscores the growing friction between these two politicians.

So far, Haley has not been referenced in connection with this event – which is being perceived by some in Washington, D.C. as evidence that the former ambassador was tied too closely to warmongering neoconservatives like recently ousted national security advisor John Bolton.

“Nowhere do I see her name,” one veteran Washington, D.C. political operative told us. “Is she going to be there? If she is not in attendance it shows me she was tied too closely to Bolton and the warmongers. It would actually be weird for her not to attend.”

“Even if she slips in – maybe they need someone to serve drinks – why is she missing the biggest part of the deal?” the national operative mused. “That is a story.”

Indeed it is … or indeed it would be.

Our thoughts? Despite this news outlet’s “intimately” complicated history with Haley (and our generally dim view of her ideologically), we have long argued her inclusion on the 2020 ticket makes electoral sense for Trump.

We are not in the business of backing Trump (or offering him political counsel) these days, but if we were advising him on this issue it seems abundantly clear that Haley’s addition to the ticket is a no-brainer.

FITSNews readers are not sold on the idea, though. According to a poll we posted two days ago, 47 percent said Trump should keep Pence as his vice presidential nominee compared to 43 percent who said he should choose Haley.

Six percent of respondents said Trump should choose “someone else” while four percent indicated they were “unsure.”

Stay tuned … we will keep a close eye on the Howdy, Modi! event as we draw closer to Saturday to see what (if any) role Haley is given in connection with the gathering.

Nikki Haley Is Moving Back To South Carolina